The icy continent is usually home to around 1,000 scientists who study the isolated region in a bid to learn more about the history of the Earth and the effects of climate change, but the pandemic has put that on hold for now. Some projects have also focused on marine life in the waters around Antarctica, probing an ecosystem which, in some cases, has been left unexplored for millions of years. On board New Zealand’s research vessel RV Tangaroa, an international team of researchers used state-of-the-art technology to scan part of the seabed near the Ross Sea that remained uncharted.

But when images were sent back of three bizarre creatures, much larger than anything they had seen before, Dr Dave Bowden was left stunned.

“The Southern Ocean is a deepwater ocean, so we are talking about depths from 3,000 metres down to 5,000 metres.

“Essentially, if we are looking at the Southern Ocean, south of New Zealand – the Ross Sea sector – we don’t know very much. 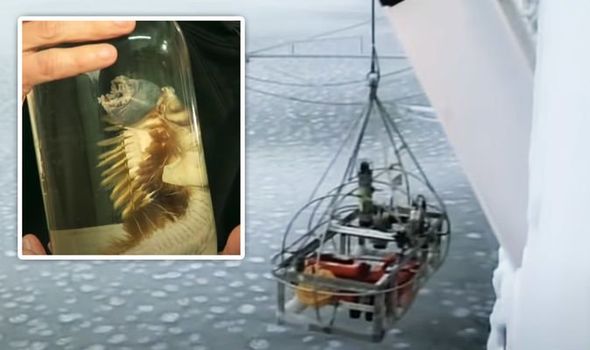 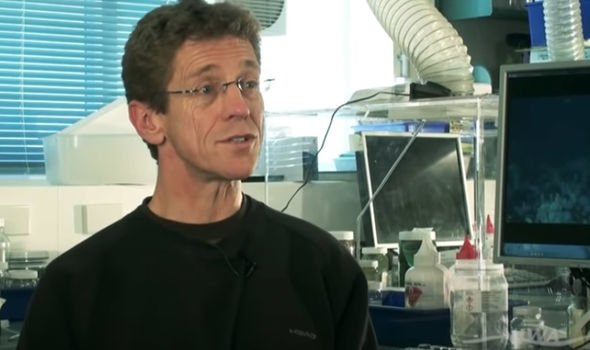 “So that gives you an idea of where we are at, we are just beginning.”

Dr Bowden revealed one of the creatures found during the 2012 expedition, explaining why it shocked him so much.

He added: “The main tools that we use to sample these areas are the High Definition Deepwater cameras – these are dangled on a wire below the ship and it gives us an immediate picture of the structure of the community.

“The biodiversity of the Ross Sea continental shelf area is high, most certainly, but you can’t compare it with other parts of the world. 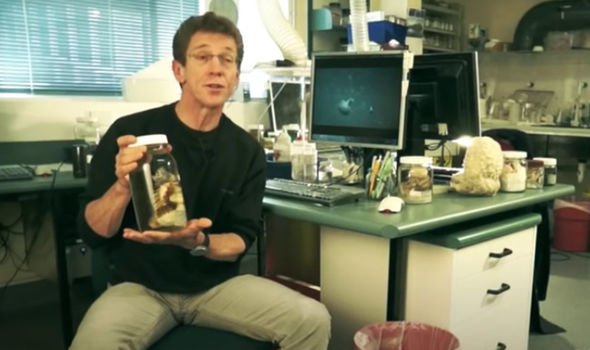 “The reason is the Antarctic continental shelf has been isolated from the rest of the planet for many, many years.

“This is a sea spider, which is one of the groups which is intriguing in the Antarctica group system because they’re much more diverse than the rest of the world, they grow very large.

“There is a tendency in some groups to lean towards gigantism, it’s basically all legs, there’s essentially no body, it’s unlike anything we know about.”

Then, the scientist grabbed a jar to reveal another bizarre creature during his interview with New Zealand’s National Institute of Water and Atmospheric Research (NIWA).

He added: “Here’s an example of another magnificent beast, it’s a polychaete worm, you’ll find them under a rock, but this is much, much larger [than normal]. 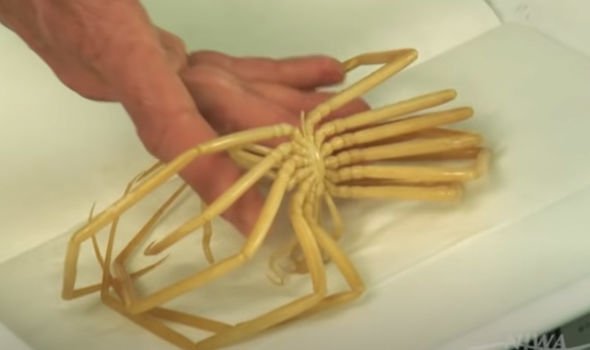 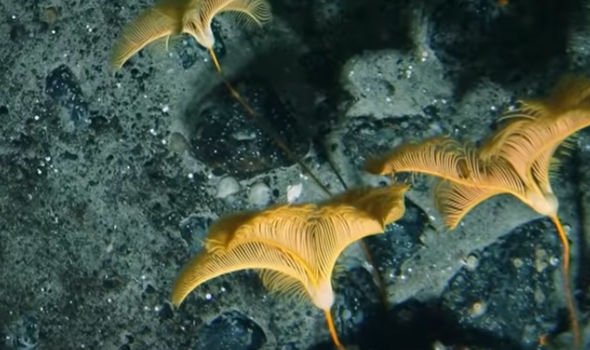 “There’s debate over whether the Antarctic is the reason why these things are larger, or if there are just lineages of this animal that have evolved in the Antarctic and don’t exist anywhere else.

“But one of my most fascinating finds from the voyage was on a seamount north of the Ross Sea, where we found an extraordinary assembly of sea lilies – crinoids – which are closely related to sea urchins.

“The main difference is that it’s anchored in one position.

“The only place we’ve actually seen these before is in the fossil records, we’ve never seen anything like this before alive on the seabed.”