Andrea Bocelli started his career in 1992, when Luciano Pavarotti, the famed tenor, suggested Andrea be used on a record instead of him. Quickly he was signed and began taking part in music festivals before his career really took off. Now he is one of the best-selling artists in the world, and one of his children even sings on stage with him.

How many children does Andrea Bocelli have?

Andrea Bocelli has three children: two with his first wife and one with his second wife.

He met his first wife Enrica Cenzatti while performing in bars around Pisa, where he was studying, and they married on June 27, 1992. 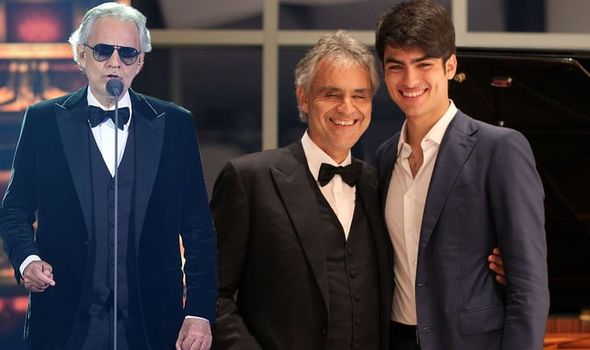 The same year he and his wife separated, Andrea met his future second wife Veronica Berti, who is also his manager.

On March 21, 2012, they welcomed their first child and Andrea’s third, Virginia.

Andrea and Veronica married on March 21, 2014, and reports have suggested his first wife and sons live close to them, in Versilia.

Both of Andrea’s sons have shown the apple doesn’t fall too far from the tree, as they are both singers like their father. 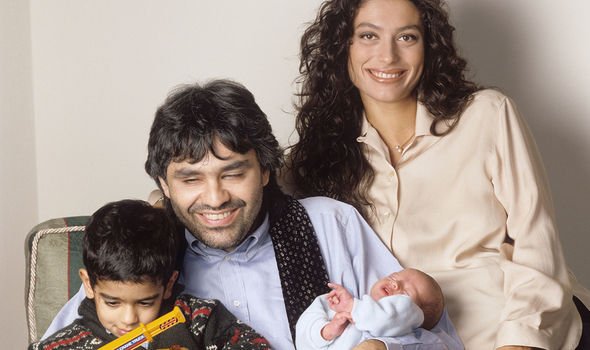 Amos is a pianist and has accompanied his father on TV at various points.

Andrea’s son Matteo has made more of a mark on the music world, singing duets with his father and even making singles with him.

Speaking in 2018 on the US-based TV show This Morning, Andrea revealed he only realised his singing genes ran in the family in 2016.

He told host Gayle King: “Because he stayed at the piano, he knows music just for this. 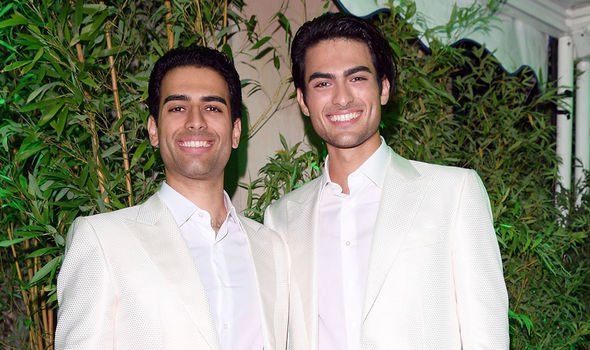 “And one time his mother came to me and said, ‘Have you heard Matteo sing?’ And I said no.

“And she said, ‘Listen to him because he’s very nice’”.

Matteo would have only been a teenager when his father realised he had a great voice, so it was sometime later when the pair finally sang together on a record.

Andrea’s 2018 album Si included a song on it which featured Matteo. 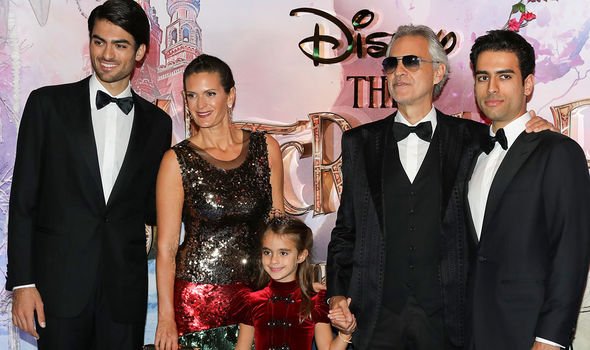 Fall On Me was Matteo’s debut single, and had a family focus on the “relation that many sons have with their parents.”

Speaking to Billboard about the difference between his and his son’s voices, Andrea said: “Technically they are very different, but there is one thing that makes them most similar: the attitude.

“That characteristic way of expressing yourself through your voice.

Matteo also sings on the album track Ven a Mi with his father, which also features on Si.

Their song Fall on Me appeared in the 2018 movie The Nutcracker and The Four Realms, while they also sang together on Strictly Come Dancing and Dancing with the Stars.

In the Sunday Times in 2018, he continued: “What is special is finding ways to do things together with our children, use our time wisely.

“Because if you have children you’ve got to find the time to spend with them.

“You cannot otherwise expect anything from them.”