This was childish, dangerous and (just like every other French sea skirmish) doomed to fail, writes former First Sea Lord ADMIRAL LORD WEST of Spithead

French aggression over disputed fishing waters around the Channel Islands is childish, irrational, petulant and dangerous.

Their militant behaviour is like something from the 19th century, not the 21st. We ought to be long clear of all that old history, but by being so obstreperous the French and their navy are harking back to the Napoleonic era.

It’s tempting to be trite and point out that clashes between British and French fleets never do end in their favour. The Battle of Trafalgar in 1805 remains one of the most emphatic victories in our island history, one that helped shape the world today.

But this is not a moment for jingoism. The French are making extreme threats and naval encounters can escalate with alarming speed. We are in the midst of a serious situation, although it may seem like an Ealing comedy.

Yesterday’s protest saw more than 60 small Normandy vessels gathering around the bay – with some actually entering the harbour of St Helier – taking up position for a blockade that dispersed after several hours. 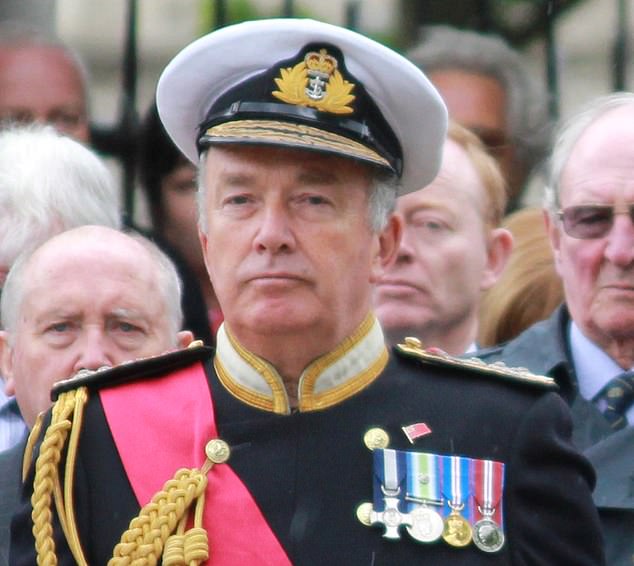 All this, in a dispute over delays to paperwork for fishing licences. I am astonished by the hysterical French over-reaction.

Make no mistake, these are British territorial waters. The citizens of the Channel Islands are British. Protecting them is more than our right – it is our duty, and the Prime Minister was right to send in a couple of Fishery Protection ships, HMS Tamar and HMS Severn.

The response of the government in Paris, to despatch two gendarmerie patrol boats, PCG Athos and PCG Themis, was one more arrogant provocation. In simple terms, one country cannot just send its armed ships into the territorial seas of another nation and leave them there. It is a gross breach of the UN Convention of the laws at sea.

In the aftermath of Brexit, Jersey is applying the rules of the treaties. The French have taken exception to this. What should follow is legal discussion and debate, with a resolution agreed by both sides.

That’s the way friends ought to behave in this day and age – and our navies should be friends. We have a history of co-operation as allies since the Entente Cordiale more than a century ago. By sharing our knowledge and training programmes, both countries benefit and Europe is safer. 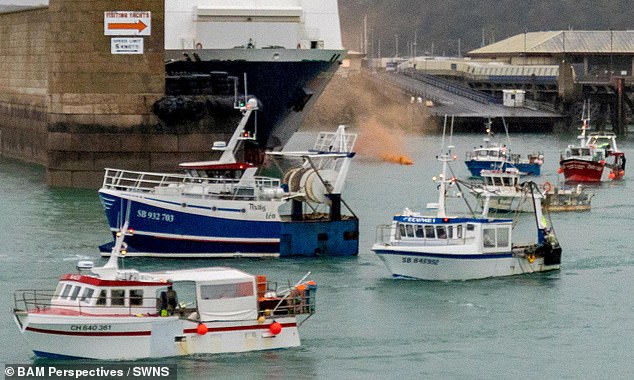 Make no mistake, these are British territorial waters. The citizens of the Channel Islands are British. Protecting them is more than our right – it is our duty, and the Prime Minister was right to send in a couple of Fishery Protection ships, HMS Tamar and HMS Severn

What is so alarming is how eager French president Emmanuel Macron and his ministers have been to stir up trouble.

The most incendiary threat so far has been their less-than-veiled warning that Jersey’s electricity supply lies under French control. Almost all the island’s power is transmitted via underwater cables from the Norman mainland.

Shutting off electricity to a foreign country is nothing short of international gangsterism. The very idea of it shames a great democratic nation such as France.

It would be a hostile act that would put lives in danger. Without electricity, Jersey’s hospitals and many other vital services would be impaired.

So far, the Prime Minister has acted with the right balance of muscle and restraint. Tamar and Severn were sent in to ‘monitor’, not to fight.

Of course they are equipped with heavy cannons and machine guns, but there would be no question of opening fire, except in self-defence if they came under fire themselves.

In the event, the flotilla of French fishing boats turned tail and headed back to their home ports yesterday afternoon. 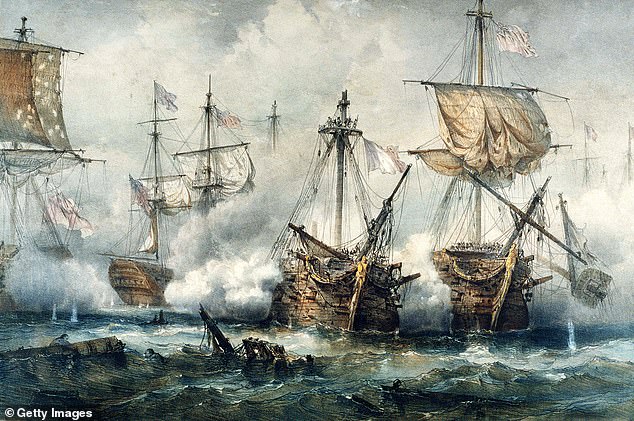 It’s tempting to be trite and point out that clashes between British and French fleets never do end in their favour. The Battle of Trafalgar (depicted here) in 1805 remains one of the most emphatic victories in our island history, one that helped shape the world today

The French warships also withdrew and, in response, No 10 announced that the Tamar and the Severn would leave the area ‘given that the situation is resolved for now’.

But if the blockade had begun in earnest and showed no sign of lifting, perhaps over several days, then our sailors could have worked with local police to board the French boats.

In this context the protesters should be seen as ‘naughty fishermen’ and – if the occasion should arise –punished accordingly.

It is imperative that the crisis does not escalate. Half a century ago, British and Icelandic fishing fleets clashed in the so-called Cod Wars. There were numerous aggressive incidents, with trawlers being attacked and rammed.

But the history of these disputes goes back far beyond that. The Tamar and Severn belong to the former Fishery Protection Squadron, now renamed the Overseas Patrol Squadron, which is the oldest division in the Royal Navy. It’s been protecting our fishing fleet since Elizabethan times.

As an enthusiastic amateur historian, Boris Johnson will know that Lord Nelson was once a captain in the Fishery Protection Squadron. He will also recall from his history lessons that during the French Revolution, the Royal Navy blockaded the Brittany port of Brest to protect our trading routes.

That was more than 200 years ago. The apparent French eagerness to return to those days is plain madness.