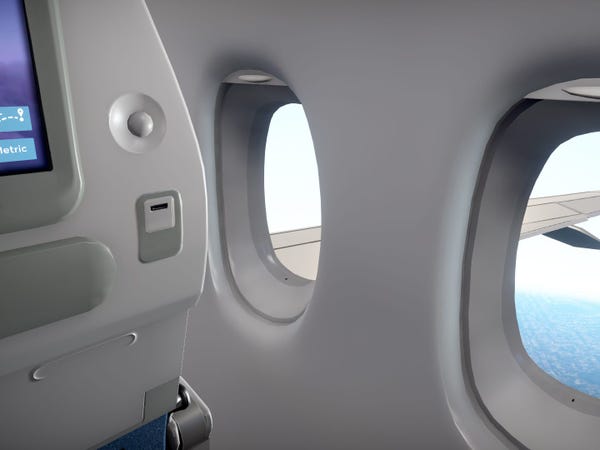 Final boarding call from New York's JFK Airport to Reykjavik, Iceland. If you miss the experience of sitting on a six-hour flight in coach, then the forthcoming video game Airplane Mode is for you.

The simulation game puts you in a window seat (sorry, team aisle seat) for the actual length of the transatlantic flight. "Airplane Mode's gameplay explores the airline travel experience down to every last detail — from the design of your seat and the seatback in front of you to the contents of your carry-on bag and smartphone hard drive, to the behaviors of cabin crew and other passengers," the description on gaming platform Steam reads. And like real life, no two journeys are the same.

While it seems to be a sign of the times, as air travel has slowed down during the pandemic, New York-based video game designer Hosni Auji has actually been working on the game since 2017. An alpha version was shown during a livestream of the charity event Desert Bus for Hope in November 2019.

"When I first started work on the game, I wasn't really sure how people would react to it," Auji told CNN. "Since then, some folks have found it calming and cathartic, others cited the term 'torture.' That's when I thought, perhaps we have something here."

Among the features that fall under the calming versus torture, debate are in-flight safety videos (produced by IFC), meal service (with a fish option specifically noted), an onboard entertainment system (with a realistic flight tracker, but only hit movies from the 1930s), an in-flight magazine (featuring articles, crossword puzzles, and Sudoku, of course), and "randomized events," which can potentially include turbulence, bad Wi-Fi, delays, and crying babies. But note: "Crying baby not guaranteed on every flight," the description adds as a footnote.

Unlike more dramatic flight simulators, this is completely meant to recreate the passenger experience, which some may consider uneventful or tame for a video game.

Airplane Mode immediately stood out to us as something different — a totally deadpan, 90% earnest and serious simulation that's 10% winking at the player," Clayton Neuman, vice president of AMC Games, who will be releasing the game later this year, told CNN.

Besides the flight from JFK to Iceland, a shorter two-and-a-half-hour flight from New York to Halifax, Canada, is also available. Price and exact release date have not been announced, but the game will be available on a PC and Mac.