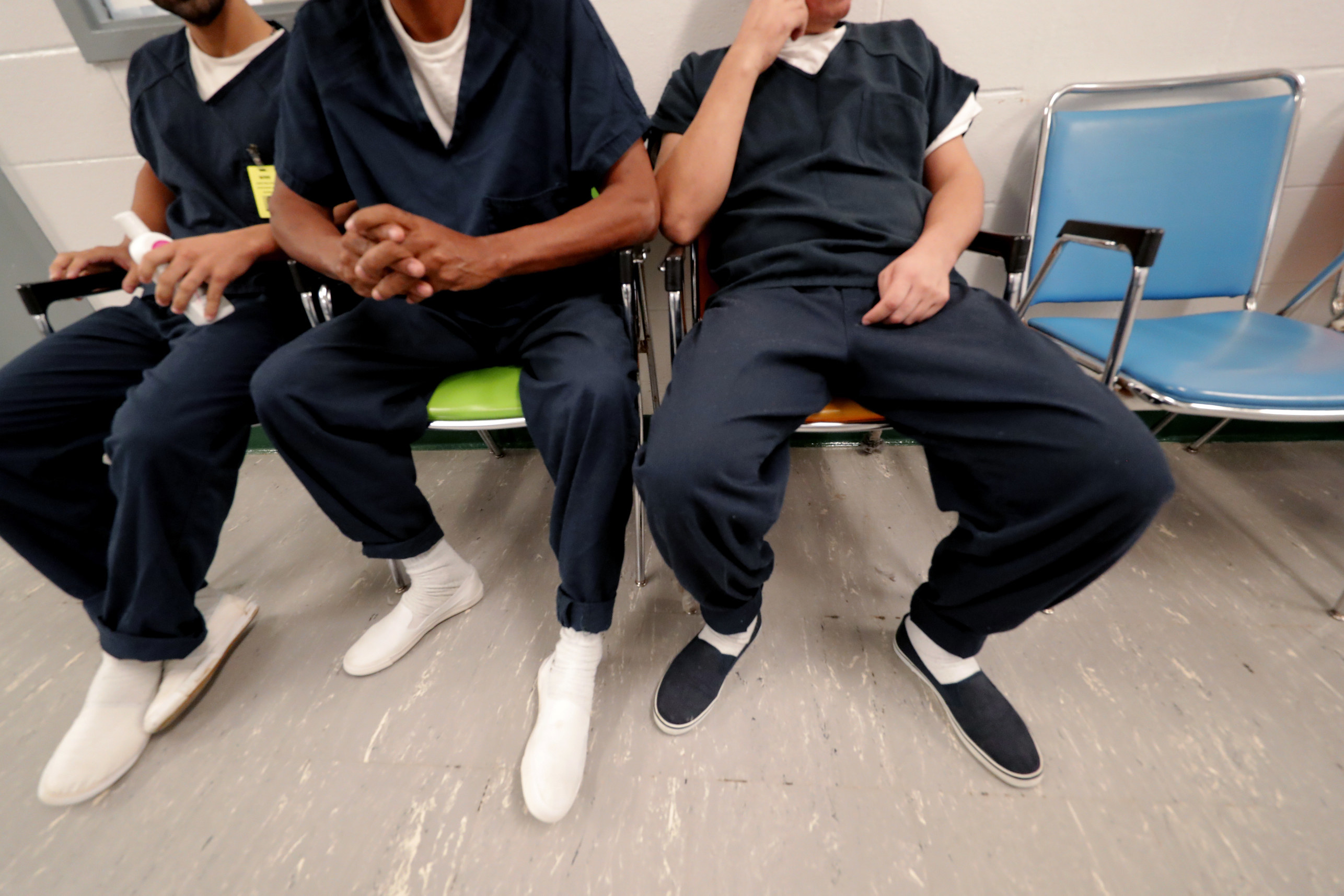 Detainees wait for their turn at the medical clinic at the Winn Correctional Center in Louisiana, Sept. 26, 2019.

A federal judge ordered the immediate release of 10 immigrants in government custody on Tuesday, saying it would be “unconscionable and possibly barbaric” to keep the chronically ill detainees in jails where they could be exposed to the coronavirus.

The order issued by US District Judge John E. Jones III mandates the immediate release of the Immigration and Customs Enforcement detainees from three county facilities in Pennsylvania — York, Clinton, and Pike — and comes as advocates continue to argue that immigration officials should cut the detention population.

“Should we fail to afford relief to Petitioners we will be a party to an unconscionable and possibly barbaric result,” Jones wrote in his order. “Our Constitution and laws apply equally to the most vulnerable among us, particularly when matters of public health are at issue. This is true even for those who have lost a measure of their freedom. If we are to remain the civilized society we hold ourselves out to be, it would be heartless and inhumane not to recognize Petitioners’ plight.”

The ruling comes just days after a federal judge in New York City also ordered the release of a group of ICE detainees.

For weeks, immigrant advocates have pushed ICE to release certain immigrants with underlying medical issues from the facilities and to scale back arrests, saying detention facilities were ripe for mass infections and casualties. There are currently more than 38,000 immigrants in ICE custody within private and local jails.

So far, the agency has not changed its detention practices in response to the pandemic.

“We are thrilled that the court agreed that our clients must be released immediately,” said Reggie Shuford, executive director of the American Civil Liberties Union of Pennsylvania, which represented the detainees.

Jones echoed the concerns from advocates saying that the immigrant detainees “are unable to keep socially distant while detained by ICE and cannot keep the detention facilities sufficiently clean to combat the spread of the virus.” He added that, based on the nature of the virus and alleged situation within the jails, the detainees “face a very real risk of serious, lasting illness or death.”

The detainees who will be released have various medical complications, including diabetes, high blood pressure, blood clots, nerve pain, and leukemia.

ICE has already reported that four immigrants in its custody in New Jersey jails have tested positive for COVID-19, the disease caused by the novel coronavirus.

“This virus spares no demographic or race and is ruthless in its assault. The precautions being adopted to stop it should apply equally, if not more so, to the most vulnerable among us,” Jones wrote. “Petitioners have shown that adequate measures are not in place and cannot be taken to protect them from COVID-19 in the detention facilities, and that catastrophic results may ensue, both to Petitioners and to the communities surrounding the Facilities.”