One of the most common horror movie plotlines involves innocent folks believing they're getting an incredible deal on a new home, only to discover the place is haunted. However, what if that were to happen in real life?

Many homes are made only more valuable due to their haunted reputations. Some haunted houses have become tourist attractions or even the subjects of big Hollywood horror franchises, attracting fans from across the world to their doors. However, other haunted houses have only been sold after dramatic price cuts.

We consulted Zillow records to determine the price history of some of America's most notorious haunted houses. While they were all priced at more than $1 million at one point, they are all now worth considerably less, either due to changing housing markets, dilapidation, or perhaps even paranormal occurrences scaring away buyers.

Here are seven haunted houses that were once listed for millions, but are now worth much less.

The Amityville Horror House in Long Island, New York, has a reputation for being extremely haunted. 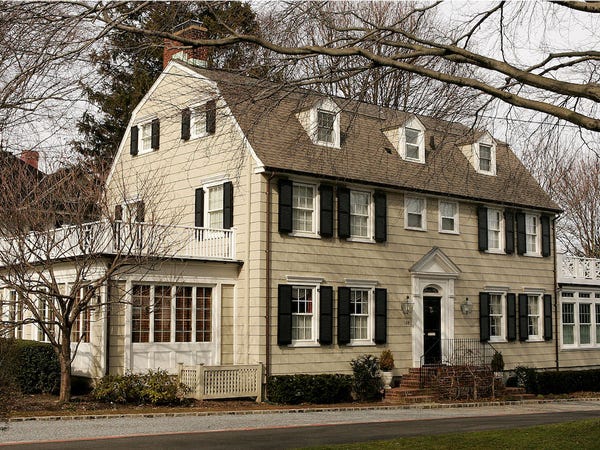 Popularly known as the Amityville Horror House, 112 Ocean Avenue still stands and is remembered as the site of a mass murder in which six people were killed. According to Biography, on the night of November 13, 1974, 23-year-old Ronald J. DeFeo Jr. shot and murdered his entire family while they slept. Those murdered included DeFeo's two parents and his four siblings.

A little over a year after the murders, the Lutz family purchased the home for a reduced price of $80,000, on account of the house's sinister reputation. They only lasted 28 days before moving out of the house, citing paranormal happenings like strange odors, green slime oozing out of the walls and keyholes, and cold spots appearing throughout the house.

Stepfather George Lutz also reported waking up at 3:15 a.m. every night, around the time DeFeo carried out the murders. Perhaps the strangest and most terrifying instances of all, the family claimed wife Kathy and sons Daniel and Christopher levitated off their beds.

The home, which underwent renovations and an address change in order to deter investigators or horror fans from visiting the property, was listed for $1.15 million in 2010. However, it sold for $950,000. In 2017, it sold for $605,000. It has been repeatedly cited as one of the most haunted places in America.

Charming Forge Mansion in Womelsdorf, Pennsylvania, has reportedly been the site of multiple paranormal occurrences. 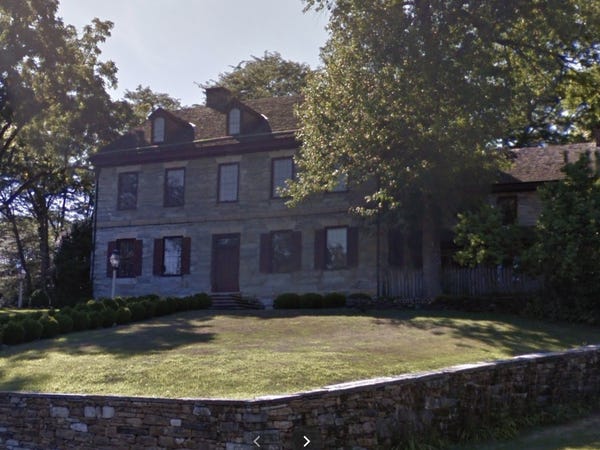 Built in 1784 and restored in 1994, this Georgian-style mansion has seven bedrooms, four bathrooms, seven working fireplaces, and original Colonial-era details and woodwork.

Described by Realtor.com as the perfect home for "thrill-seekers," the Charming Forge Mansion in Womelsdorf, Pennsylvania, has been the site of multiple reported paranormal occurrences. Ghost stories include reports of a woman heard crying in the hallways, sightings of a man in the house's backyard, and various noises reportedly sounding like German prisoners of war circa the American Revolution.

Franklin Castle in Cleveland, Ohio, has a seriously spooky history. 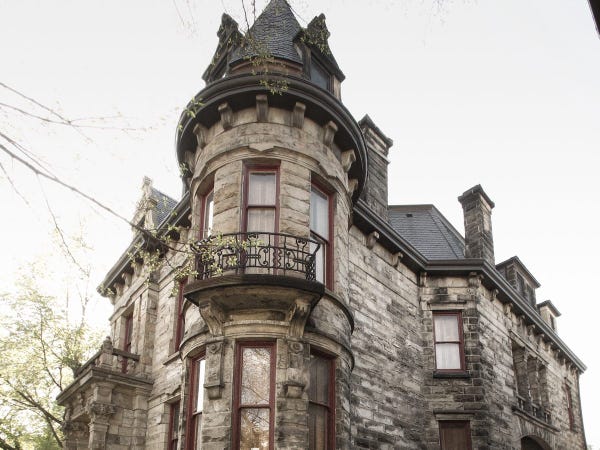 Considered one of the most haunted places in Ohio, Franklin Castle in Cleveland has quite the paranormal history. According to Atlas Obscura, the Victorian-style home was originally built in the 1880s by grocer-turned-banker Hannes Tiedemann. Many of Tiedemann's close relatives died in the house, including his 15-year-old daughter, his mother, his wife, and three other of his infant children.

After Tiedemann died in 1908, it spent many years as a German cultural center and base for the German Socialist Party. However, throughout the 1960s, tales surfaced of paranormal activity within the castle walls. Visitors have claimed they've experienced electrical surges, heard crying babies, and even saw a mysterious woman emerging from black steam.

According to Cleveland.com, rumors of heinous acts, like multiple murders and a mass shooting motivated by Nazi politics in the basement, have emerged. However, many of these claims are unsubstantiated. Regardless, people have claimed to see apparitions such as Tiedemann's illegitimate daughter, who is rumored to have been hanged by her father, and his mistress, who he also allegedly killed with an axe.

In early 1984, Michael DeVinko, an actor and the last husband of Judy Garland, purchased Franklin Castle. DeVinko spent close to $1 million renovating Franklin Castle before selling, according to Cleveland.com. However, fires occurred over the years that damaged the home. In 2011, it only sold for a mere $260,000, down from its $350,000 selling price in 1999. The home has since been converted into apartments.

The LaLaurie Mansion in New Orleans, Louisiana, is one of the most notoriously haunted homes in the country. 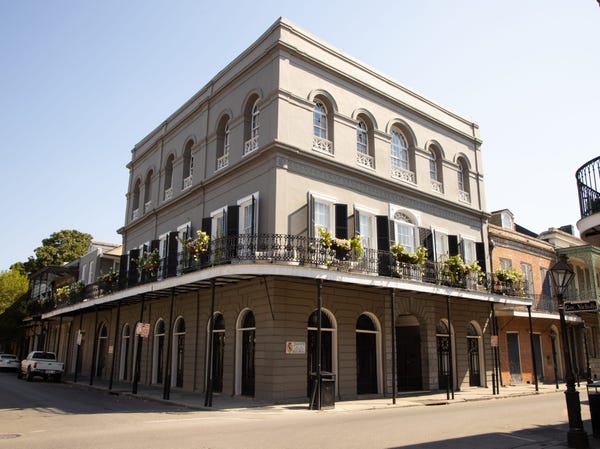 Located at 1140 Royal St in New Orleans, Louisiana, the LaLaurie Mansion has six bedrooms, seven bathrooms, and one horrifying history. Originally built for visiting French royalty, the mansion dates back to the 1800s.

According to New Orleans Historical, in 1832, Madame Delphine LaLaurie moved into the mansion. Many lavish parties were thrown in the residence, and LaLaurie established herself as a member of New Orleans' elite class. However, rumors and accusations surfaced of LaLaurie's mistreatment of her slaves.

When a fire broke out at the residence in 1834, firefighters attempting to contain the blaze discovered "seven horribly mutilated slaves who had been imprisoned in the house for some time," according to Atlas Obscura. An angry mob descended on the house, destroying as much as they could get their hands on. Madame LaLaurie then fled to Paris, where she lived out the rest of her days.

The house is still featured on many New Orleans ghost tours, as people speculate the souls of the slaves mistreated within its walls still haunt the premises. However, no one is allowed inside as the home is now a private residence.

The Pillars Estate in Albion, New York, was once worth millions.

The Pillars Estate in Albion, New York, was built in 1878 and has six bedrooms, six bathrooms, and many antique and original details that seemingly transport you back in time to another era.

According to Realtor.com, members of the household staff have said they've heard footsteps following them as they walk up the stairs. Cora Goyette, hired by owner Tony McMurtrie to help him care for the historic home he bought in 2006, claims to have heard the piano located in the parlor being played when no one was in the room. Apparitions like a woman in a white dress have also been spotted by McMurtrie throughout the house.