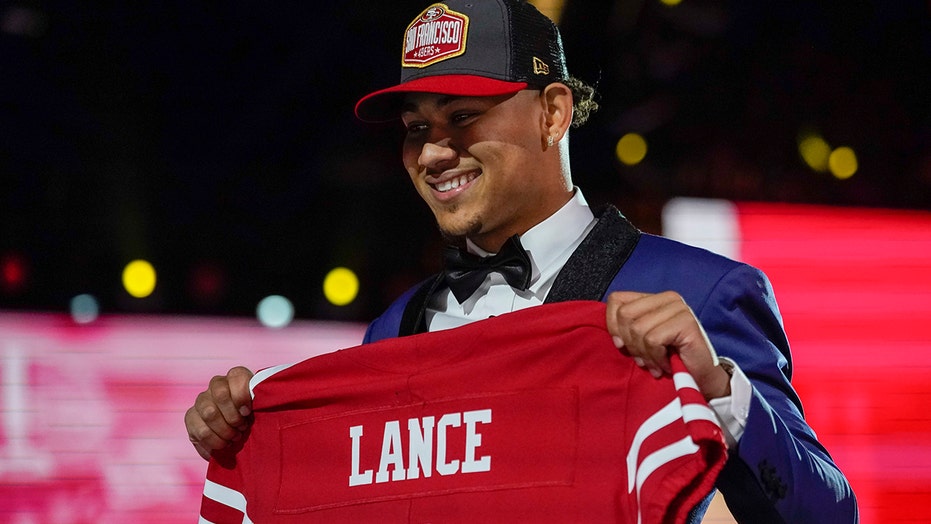 The San Francisco 49ers have made their highly anticipated pick.

The 49ers took the North Dakota State product with the No. 3 pick in the 2021 NFL Draft on Thursday night.

Lance was the sixth non-FBS quarterback picked in the first round since the FBS and FCS split prior to 1978, according to NFL Research.

In late March, the 49ers acquired the No. 3 overall pick from the Miami Dolphins in exchange for the No.12 pick, a third-round pick, and first-round picks in 2022 and 2023. It was a move that signaled San Francisco was in the market for a quarterback.

Once Lance was drafted, ESPN reported that the 49ers did not tell their coaches or scouts their pick. They didn’t know the team was selecting Lance until the pick was announced.

Social media reacted to the news of Lance being drafted by the 49ers.

Lance led the Bisons to the FCS title as a redshirt freshman after 16 straight wins where he totaled 2,786 passing yards, 28 touchdowns, and zero interceptions. The following season he would only play one game after the pandemic suspended their season — something critics say shows he has little experience.

Lance made an appearance on NFL Network’s “Good Morning Football” earlier this week, and he said that can’t wait to “prove people wrong again.”