Fox News projected Saturday that Joe Biden and Harris came out victorious in the 2020 election, making her the first Black, Indian and female vice president. Carter took to Twitter on Saturday shortly after the news broke to honor Harris on the 45th anniversary of the premiere of “Wonder Woman.”

“On this day 45 years ago, I appeared on television as Wonder Woman for the very first time. I am honored to be a part of this legacy and everything that it represents, and so thrilled to celebrate the power of women on such an auspicious day!” she wrote.

Although she did not name Harris directly in her tweet, she congratulated the Democrat directly in a tweet from earlier in the day.

“Beyond thrilled for my friend @KamalaHarris, who has fought for progress and justice for so long. A true stateswoman, she will show us all the things a VP is supposed to be," she wrote.

As The Hollywood Reporter notes, “Wonder Woman” originally aired from 1975 until 1979. The first season broadcast on ABC before switching over to CBS for Seasons 2 and 3. Carter joins the myriad of stars and celebrities, both conservative and liberal, in taking to social media to comment on the historic 2020 election. 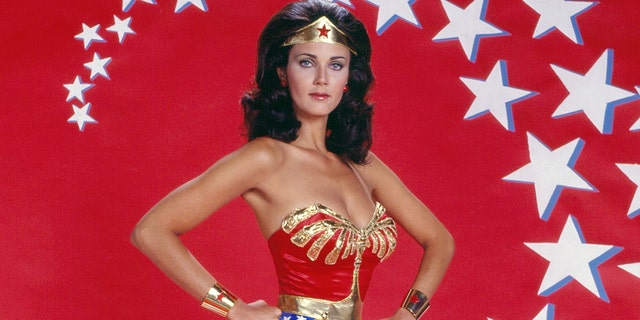 She had previously used her platform on Twitter to make it clear that she’s an outspoken critic of Donald Trump. In between her two tweets about the election and her TV show, Carter shared a photoshopped image of her character blocking a bullet with Trump’s face imposed on it.

Carter is often very outspoken about her pride in having played the iconic female superhero. She told Fox News in 2016 that she gave Gal Gadot her blessing when she took on the role in 2017 for Warner Bros. and DC Comics’ latest film iteration.