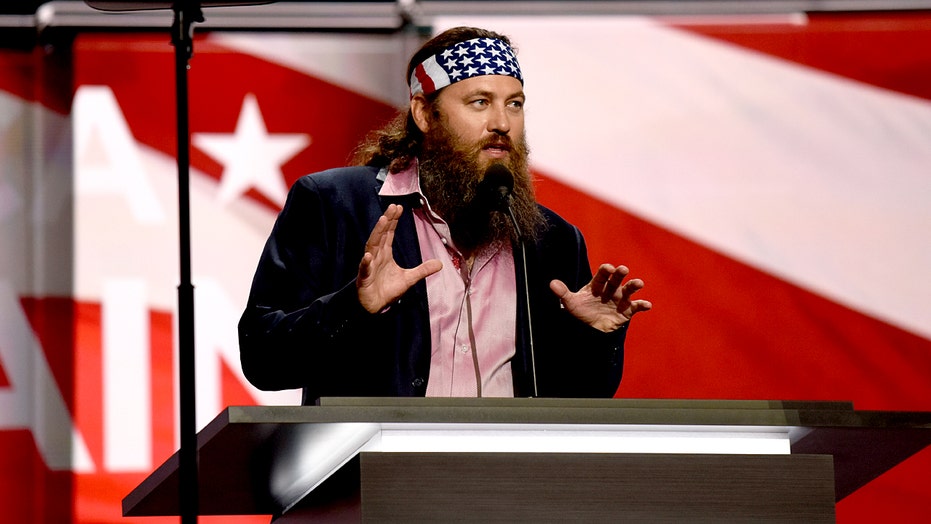 Former “Duck Dynasty” star Willie Robertson is getting candid about the country’s most culturally dividing issues – and he’s inviting celebrity guests and thought leaders to have a seat at his Louisiana backyard round table to find common ground.

The bearded, American flag bandana-wearing, duck hunting patriarch of the Robertson’s family is discussing issues like protesting injustice and raising a biracial son with his wife Korie on their Facebook Watch series “At Home with the Robertson’s.” 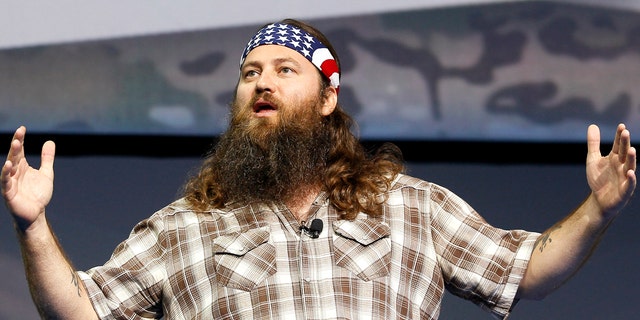 Willie Robertson gets candid about the country’s most culturally dividing issues to find common ground on Facebook Watch series, ‘At Home With the Robertson’s.’

“It’s not easy having these conversations and actually putting yourself out there [but] I think Americans kind of want that,” Robertson told Fox News.

Robertson is the CEO of Duck Commander, the multimillion-dollar duck call and decoy sporting empire that catapulted his family to mainstream fame – and controversy – on the A&E show “Duck Dynasty.”

He made headlines last week for asking if taking a knee during the national anthem is a “powerful protest or is it disrespectful to the military?” He sat down with NFL players Arian Foster, former running back for the Houston Texans; Michael Thomas, wide receiver for the New Orleans Saints; and American football long snapper and United States Army Green Beret Nate Boyer to weigh in.

They referred to the 2016 silent protest started by Colin Kaepernick who chose to kneel during the National Anthem to protest systemic racism and police brutality in a move that ignited a national debate.

“It was really eye-opening,” Robertson said of the open conversation. 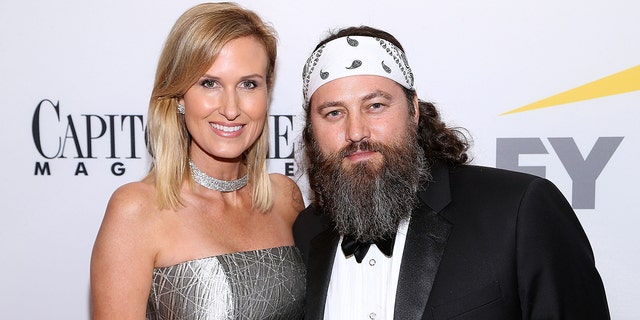 Willie Robertson and his wife Korie are parents of six and grandparents to three.
(Paul Morigi/Getty Images for Capitol File Magazine)

“I just felt like the flag should really bring us together … that just feels a little un-American” but after discussing the topic with his guests he said he was able to come to a better understanding, he told us.

“At what point is it appropriate to make your point? I just kind of wanted to dig into that,” Robertson said of posing the hot button question. “I would hope we could see the flag and realize even in our differences that it kind of pulls us together although, we see maybe it doesn’t. I’ll still stand [during the National Anthem] cause that’s what I’m going to do and just because someone — especially our guests that came in — just because they don’t’ doesn’t make me dislike or hate them at all. I can understand it better.”

Thomas, who is Black, explained that regardless of race, pro football players have a platform and he believes, a responsibility to address racial injustices impacting the Black community. 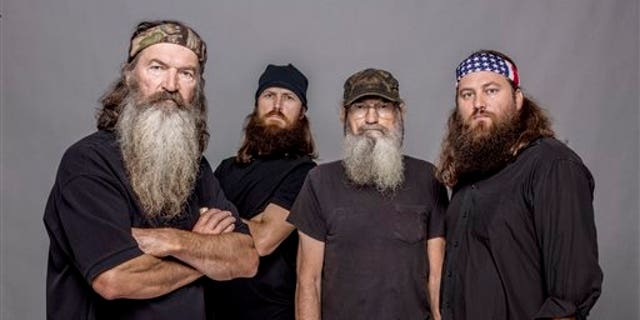 “When it comes to issues in the African American community, why can’t we be the leaders and the champions of that as well? And use our voice and platform and do it?'” he said on the episode.

While Robertson’s fans were divided on the topic – some expressed the need for the conversation.

“Whether you support it or not, there needs to be dialogue,” one commenter wrote on the Facebook Live series which garnered more than 5,000 views.

Another user remarked in the comments: “I see no disrespect in taking a knee at sporting events, its getting too political.”

Speaking of politics, when asked if Robertson would consider running for office, the reality TV star said a career in politics isn’t in his future. 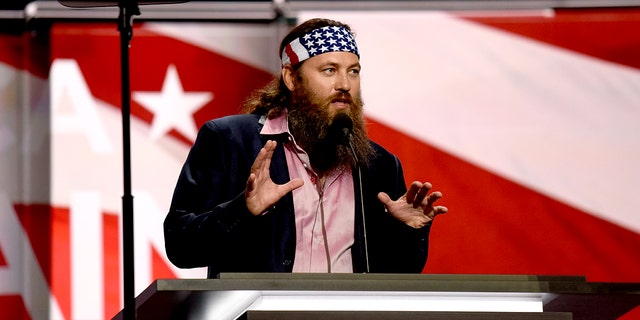 Robertson is pictured here addressing the Republican National Convention in Cleveland, Ohio on July 17, 2016. He told Fox News he doesn’t ‘have any desire’ to run for political office.
(Michael Robinson Chavez/The Washington Post via Getty Images)

“I just don’t have any desire,” Robertson said. “I’m respectful of any office,” he added.

Robertson ultimately says he hopes to move the needle on important conversations facing the country by using his platform through the show.