Spoiler alert: This post contains spoilers for Riverdale Season 5, Episode 4, "Purgatorio." The long-awaited time jump has officially happened, and with it comes a few new, interesting characters. Case in point: Veronica’s husband (!!!). After trying to wrap your head around the fact that Veronica’s married (or at least to someone other than Archie), you’re probably wondering who plays Chadwick on Riverdale. Chris Mason is no stranger to the screen.

Fans first met Chadwick Gekko during the Feb. 10 episode. After the promised seven-year time jump, Episode 4 of Season 5 highlighted each of the Core Four, giving an update as to where life took them since they graduated high school. Betty is in the FBI, Jughead is a (struggling) writer, Archie’s a sergeant in the Army and was just relocated back to Riverdale, and Veronica lives in the Upper East Side with her husband, Chadwick.

The couple was introduced sitting at an opulent table, celebrating their first wedding anniversary. It appears Chadwick’s a trader on Wall Street, and Veronica used to work with him. After getting in a helicopter accident, however, she agreed to opt for a less stressful job (which she secretly quit and instead, seems to be a jewelry dealer at a place called "Gilmore Gems & Jewels" à la Adam Sandler in Uncut Gems). 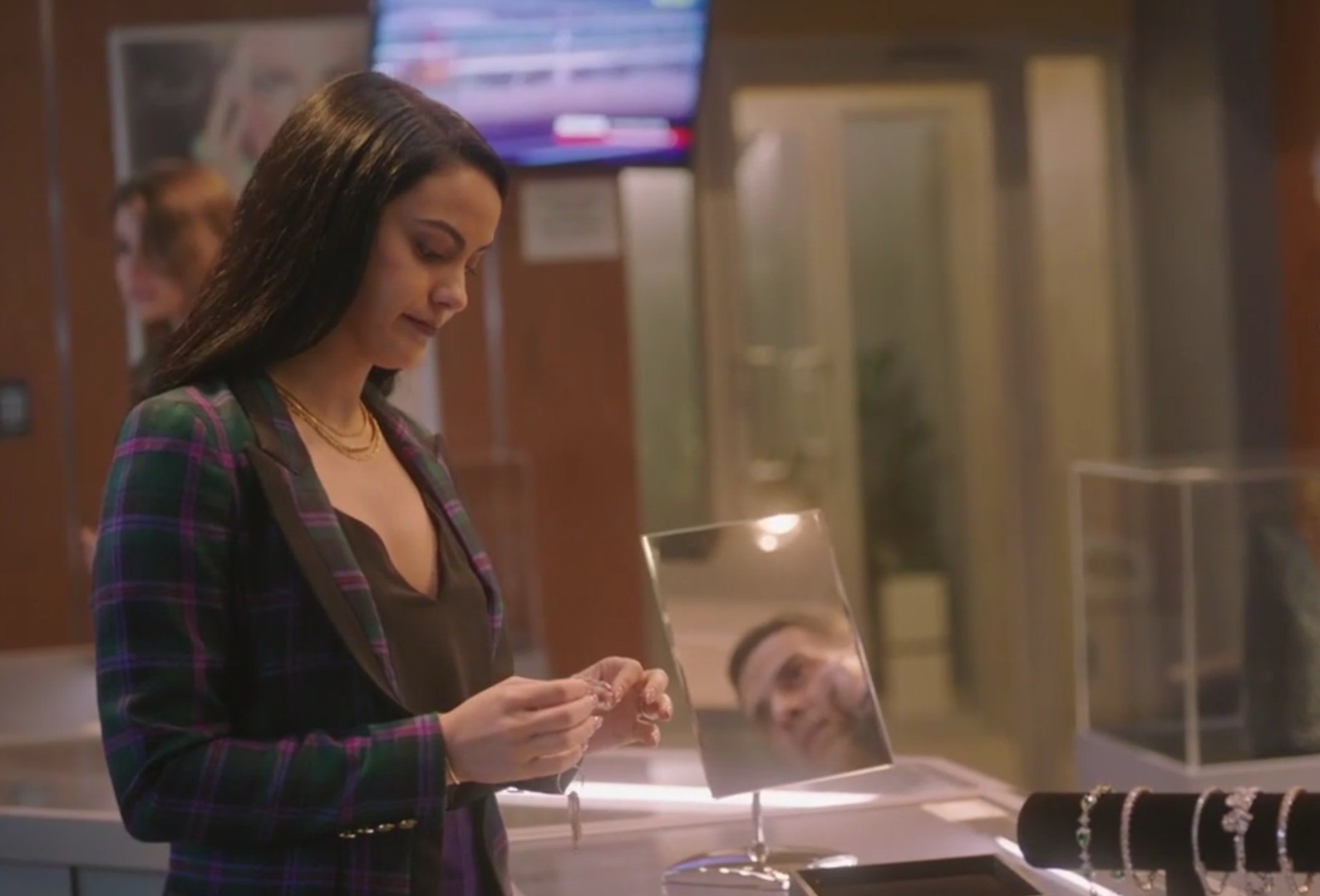 After Chadwick found out she was lying to him about work, he got majorly pissed, showing a dark, controlling side. He later explained during their mysterious accident, he prayed she would survive. When she did, he promptly realized he wanted to have children — and soon — since he didn’t want to "waste time now."

It’s a lot of drama, but the actor who brings Chadwick to life is definitely up to the challenge. Prior to landing his role on Riverdale, Mason starred in multiple big ticket projects. You might remember his as Nolan Hotchkiss in Pretty Little Liars: The Perfectionists or the young Dan Broderick in Dirty John.

Much like his current on-screen counterpart, Mason’s big into the idea of family. The 29-year-old British actor married fellow actor Spencer Locke (Cougar Town, Detention) in 2017, and in July 2020 they had their first child together. From the looks of his Instagram, when he’s not shining in the spotlight, he’s doting on his wife, missing the days of family time (same), and rocking epic Halloween costumes. Only time will tell if Chadwick is bad news, but it’s clear the actor who plays him is the real deal.