David Giuntoli is an actor who is best known for his roles in hit television dramas such as Grimm and A Million Little Things. Some may even recognize Giuntoli from his first appearances in front of the camera on the reality shows The Challenge and Road Rules in the ’90s. He was raised in St. Louis, Missouri, and started off his adult life earning a degree in international business and finance from Indiana University. However, in 2007, he made a switch and moved to Los Angeles to pursue an acting career. 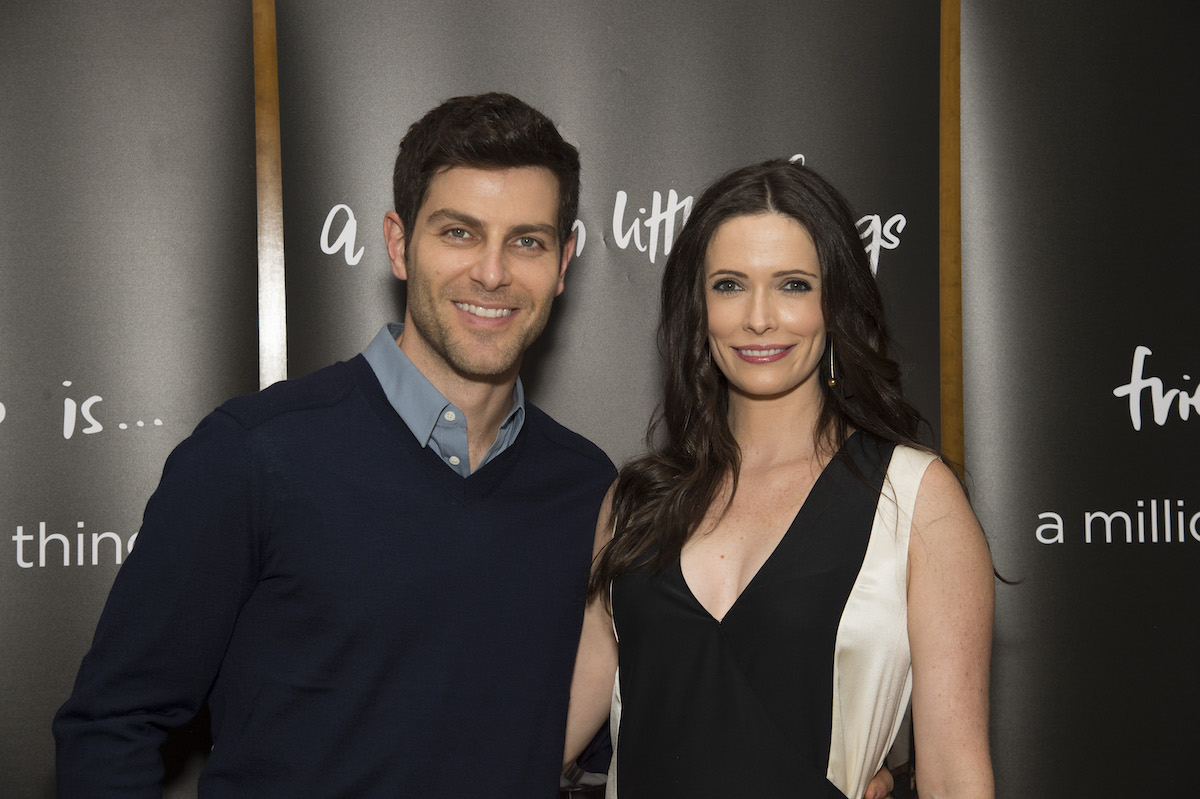 Giuntoli quickly found success in the acting world with parts on Privileged and Eli Stone. Once he was cast in the role of Detective Nick Burkhardt in Grimm, Giuntoli not only found professional success but personal fulfillment when he met his then-costar (now wife), Elizabeth ‘Bitsie’ Tulloch, who now stars as Lois Lane on Superman & Lois.

Giuntoli met his wife while working on the TV series ‘Grimm’

The television series Grimm was a supernatural drama that ran for six seasons on NBC starting in 2011. Giuntoli and Tulloch were two of the stars on the show, and their characters’ relationship wasn’t always smooth sailing. That, however, did not mimic their real-life relationship, which seems to have always been easy and loving.

Although the couple was very quiet about their relationship in the beginning, by 2014 fans of the show and the actors were let in on the secret. It didn’t take long before the couple was engaged, which surprised many fans. The announcement that the couple was getting ready to walk down the aisle was actually made during a Facebook Live chat with ET that they had gotten engaged in April 2016.

The couple went public in 2014

While the couple may have spilled the beans about their relationship, going public with the news in 2014, the couple had actually been together for a longer period of time, trying to keep everything out of the public eye. According to an interview from Entertainment Weekly, Tulloch said, “We were hiding it for a long time, but now everybody knows.”

By early 2017, the couple was planning their wedding. They were married in a private ceremony in June 2017 in Montana. Just two years later, the couple welcomed their daughter, Vivian.

Giuntoli and Tulloch are the parents of a daughter named Vivian

The couple’s daughter Vivian was born in February 2019. Like many famous couples, they have chosen to keep a lot of details about their daughter private, including not showing her face in their social media posts. However, they do occasionally talk about their parenting on social media. According to an article on POPSUGAR, Tulloch wrote on Father’s Day: “Vivian and I are the luckiest girls in the world. I’m so grateful for you and your boundless devotion and love. Nothing matters more to you than being a husband and a father and you show us that in your actions every single day.”

And last year, Giuntoli returned the compliments, saying on Instagram: “She is silly with her. She fights for her. There is a wheel in her mind that is ever-spinning on Viv’s behalf (as evidenced by all of the to-do list emails I wake up to). Viv feels so safe and so loved.”

These online posts by Giuntoli and Tulloch celebrating each other are well-received by fans, getting likes and warm comments even while maintaining much of the family’s privacy. Fans cannot wait to see what is next both personally and professionally for this couple.