While offering his State of the State speech, the West Virginia leader had a strong message directed at the ‘Hocus Pocus’ star!

UPDATE: Bette Midler responded to Jim Justice by retweeting a fan’s clapback. “Here we can see a dog’s a–hole. Right next to it is the butt of Jim Justice’s dog,” the tweet read along with a picture of the West Virginia governor as he held his dog’s rear end up in the air.

West Virginia Governor Jim Justice fired back at Bette Midler over a month after she insulted the Mountain State (due in part to its Senator Joe Manchin) in his State of State Address on Friday January 28. The 70-year-old governor proudly held up his dog and told the 76-year-old icon to kiss its butt, during the speech to much applause from those who attended.

After touting his achievements, the reason for the large dog sitting in front of Jim became very clear, because he hoisted the dog up with his message to The First Wives Club star, in a moment of prop comedy-inspired showmanship. “They told every bad joke in the world about us, and so, from that standpoint, Babydog tells Bette Midler and all those out there: kiss her hiney!” he said.

Of course, Bette responded. She retweeted plenty of people who took jabs at the governor, but she finished her response with a tweet screenshotting different rankings for Virginia on issues like healthcare, infrastructure, education, opportunity, and other things, compared to other states. “Judging from these rankings, I’d say his dog’s a** would make a better Governor than him!” she wrote.

The governor’s call out for Bette wasn’t completely out of the blue. He seemed to be responding to a tweeted attack that the Hocus Pocus actress had written in December attacking WV Senator Joe Manchin, over his blocks for various bills that other Democrats have supported. “He wants us all to be just like his state, West Virginia. Poor, illiterate and strung out,” she tweeted. 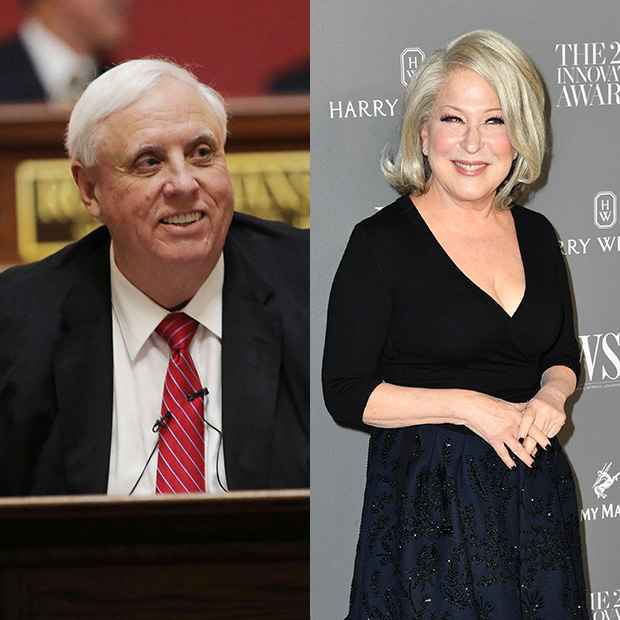 Bette later apologized for the tirade, noting that her attack was directed at the senator rather than his constituents. “I apologize to the good people of WVA for my last outburst. I’m just seeing red,” she wrote the same day. “Is [Manchin] really the best WV has to offer its own citizens? Surely there’s someone there who has the state’s interests at heart, not his own!