“If there’s a reporter on, you can have it just the way I said it. I couldn’t care less,” Trump said on the call 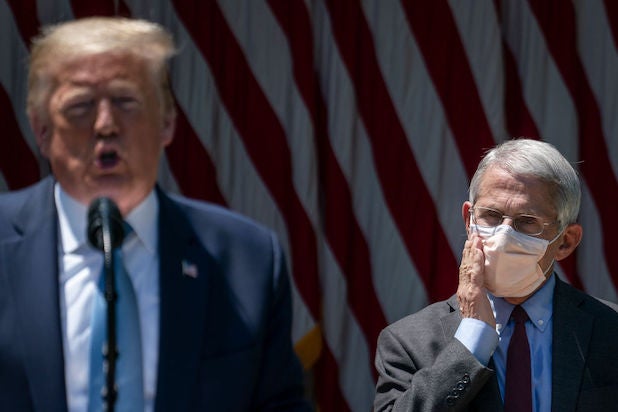 President Trump trashed Dr. Anthony Fauci as being a “disaster” and other public health officials as being “idiots” during an unfiltered phone call with campaign staff on Monday.

The president also said Fauci was a “disaster” who had been around for “500 years” and was undeterred by the fact that reporters were on the call, telling them they could use his comments as is.

“If there’s a reporter on, you can have it just the way I said it. I couldn’t care less,” Trump said.

Tensions between the president and Fauci, the nation’s top infectious diseases expert, have continued to mount as the pandemic has raged on in the U.S. Last week, the Trump campaign and Fauci also publicly butted heads over a campaign ad that included an out-of-context quote from Fauci, which was edited to make it appear as if Fauci were praising Trump on his handling of the pandemic.

“I think it’s really unfortunate and really disappointing that they did that. It’s so clear that I’m not a political person and I have never — either directly or indirectly — endorsed a political candidate, and to take a completely out of context statement and put it in which is obviously a political campaign ad, I thought was really very disappointing,” Fauci told CNN last week.

In an interview with “60 Minutes” on Sunday, Fauci said there has been a “restriction” on coronavirus information from the White House and that he has “not been allowed” to go on many shows that sought him. Fauci also said that he was not surprised that President Trump contracted COVID-19 given the lack of masking and social distancing at a White House rose garden event.

In response, Trump tweeted that Fauci gets more airtime than anybody since the late, great, Bob Hope.