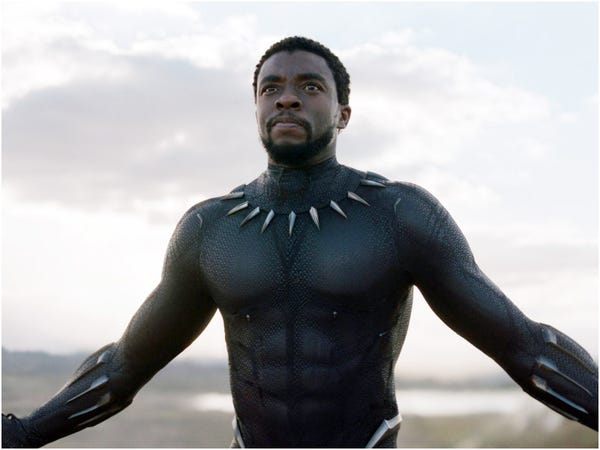 Ruth E. Carter, the costume designer for "Black Panther," said that she didn't think the superhero's outfit looked "all that great" until Chadwick Boseman tried it on.

Carter was speaking to People about the first time she saw Boseman in the Black Panther outfit, which she called "magic."

"I had the pants suit in my office and it was dressed on a mannequin, and I thought, this thing doesn't look all that great, partly because the mannequin was weird," Carter said.

"I called Chadwick in and I asked him to put the suit on — we needed to see if there were any problems or anything — and when he put on the suit and the helmet went on, it was like magic."

Carter told People that she could see the "power of these superheroes" and the moment Boseman donned the Black Panther suit: "I could see how they have an effect on people just because it's like they are a superhero."

"Black Panther" went on to garner huge success critically, commercially, and at the awards. The movie won three Academy Awards, with Carter's costuming one of them. Carter made history that night as she became the first African-American to win the Oscar for best costume design.

Carter, whose other work includes "Malcolm X," "Amistad," and "Dolemite is My Name," had previously worked with Boseman on his 2017 movie "Marshall." Boseman played Thurgood Marshall, the lawyer who went on to become the first African-American Supreme Court Justice.

It was while shooting this film that Carter was told she had landed the "Black Panther" job, but it wasn't until the end of the shoot that Carter finally shared the news with Boseman.

Carter said: "I finally revealed my secret. And Chad said, 'I already knew.' He said it with that little smirky smile on his face."