AppleTV+’s Ted Lasso was the surprise comedy hit of 2020. The streaming series was based on short-lived commercials for the English Premier League back in the mid-aughts. Like the GEICO Cavemen commercials, which flopped upon becoming a show, this didn’t seem like a promising idea for a full-blown series. But like the show’s main character does in the show, Ted Lasso proved everyone wrong. As more people fall in love with the series, that’s not the only surprise they’re finding. As fans are discovering, Ted Lasso star Hannah Waddingham was in Game of Thrones in one of the most meme’d roles of all time.

Game of Thrones Season 5 broke a lot of records when it aired in 2015. It became the most pirated series ever when the first four episodes leaked ahead of the premiere. It became the most decorated single season of all time at the Emmys that September. The season finale set a record-breaking 10 million viewers. Its finale offered some of the show’s most shocking moments ever as well, including Cersei (Lena Headey) being paraded naked through King’s Landing, followed by Septa Unella of the Faith Militant, swinging a bell and intoning "Shame" as they walked. Naturally, the "Shame Nun" turned into an instant meme on Twitter. 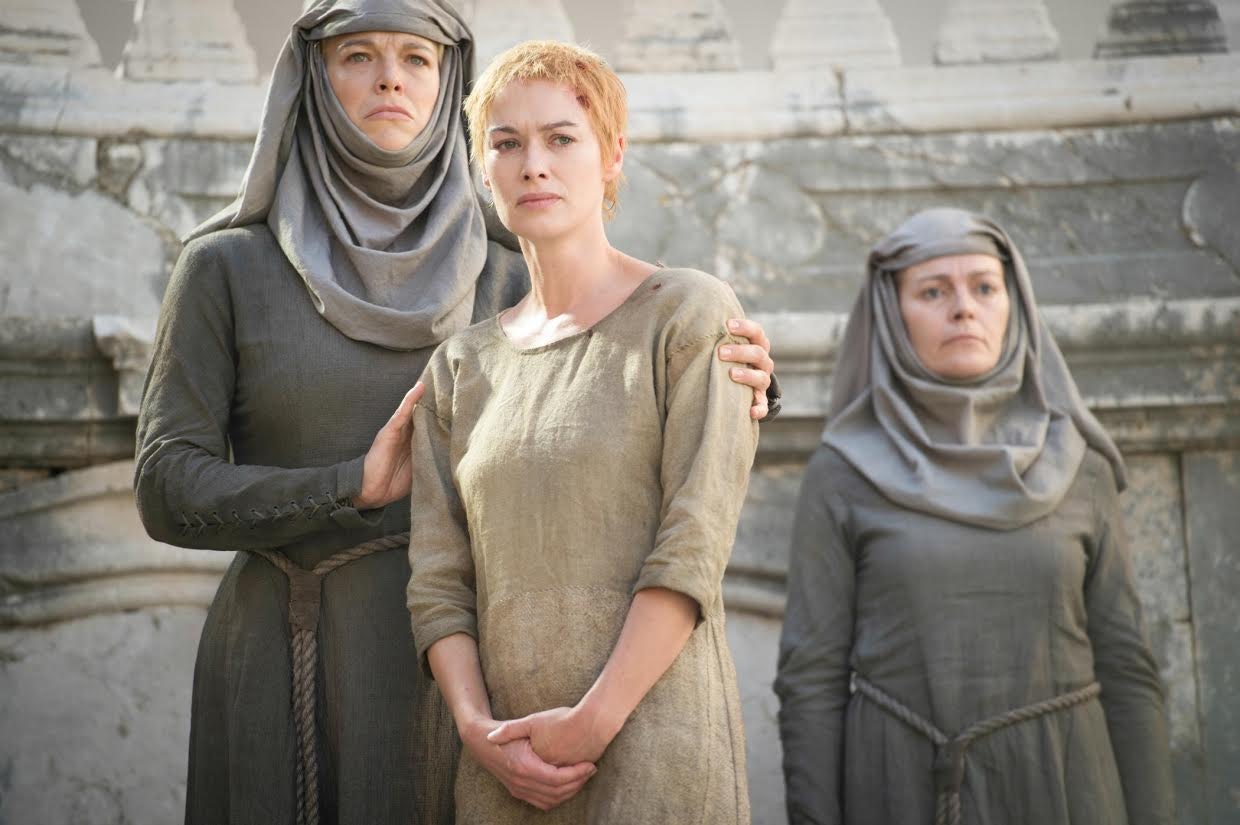 What many fans are just realizing is Ted Lasso‘s Hannah Waddingham is the actor behind the iconic role.

Waddingham is currently known to Ted Lasso fans as Rebecca, the AFC Richmond team’s glamorous owner, who won the team in her divorce.

Waddingham has a massive following among the Ted Lasso crowd. Her character, Rebecca, begins as the show’s main antagonist. She hates everything about her team, AFC Richmond. To her, it represents a thing she can destroy to hurt the husband who left her. Her hiring Lasso is a deliberate move to ruin the club. She believes he’s an utter idiot of an American football coach, and wholly inadequate to handle England’s "beautiful game."

But Rebecca is not a one-dimensional character any more than the bumbling Lasso. His good-heartedness and his belief in the best in people catch her off guard. It’s not long before she’s engaging with him despite herself. Before fans know it, they’re not just rooting for the team and Lasso. They’re rooting for Rebecca.

Moreover, as the 2021 awards season progresses and fans root for Waddingham to win all the awards for her turn as Rebecca, her "shame" meme has started popping back up.

Fans can only hope that Waddingham’s performance puts all her other competitors to "shame." Meanwhile, audiences can look forward to the second season of Ted Lasso, which is expected sometime later in 2021.