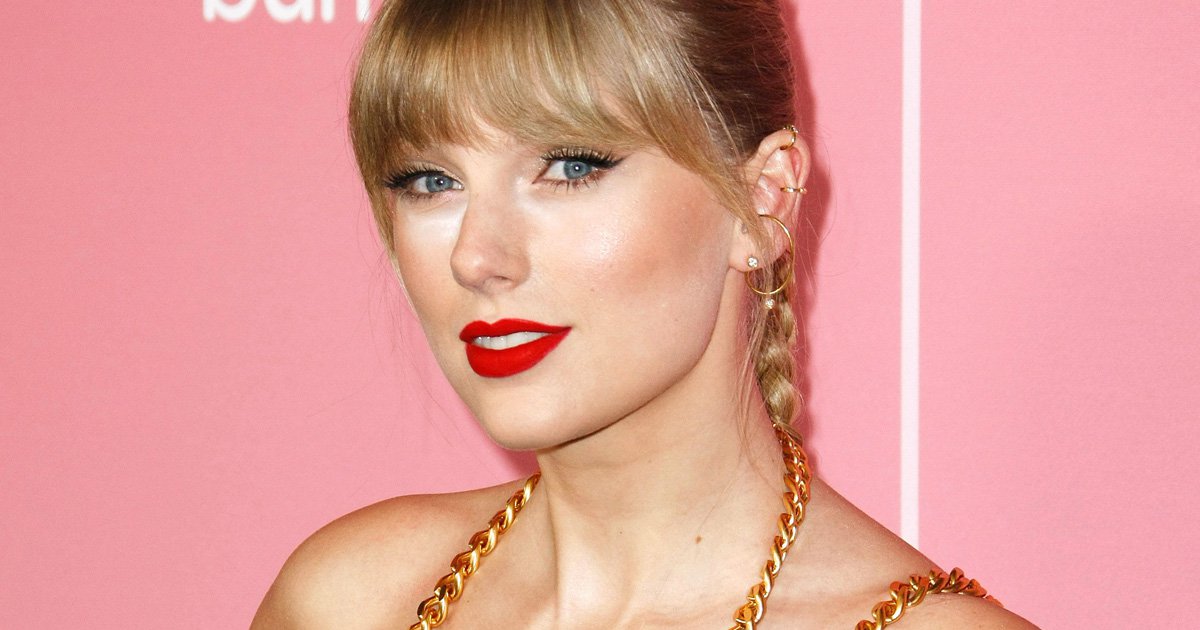 The year is 2021, we’re still living through a pandemic, Taylor Swift has been dating Joe Alwyn for four years and guess what?

She’s still the butt of jokes about her past relationships.

Taylor, 31, was once again forced to hit back at the haters this week after Netflix series Ginny and Georgia made a sexist joke about her dating history.

In the season one finale, 15-year-old Ginny lashes out at her mum Georgia for her string of complicated relationships when her mother asks her if she is still with her boyfriend, Hunter.

Ginny snaps back: ‘What do you care? You go through men faster than Taylor Swift.’

Now this cheap shot was exactly the kind of rubbish Taylor was faced with day in and day out from 2012 until 2016, when the singer was constantly slut-shamed for – shock horror – being a perfectly normal woman dating in her early 20s.

While most of us are able to bury the skeletons of our dating past – which probably doesn’t look so different from Taylor’s, just without the A-list names – far into the back of the closet never to be mentioned again, Taylor’s not had the same luxury after growing up in the public eye.

All of her past serious relationships and short-term flings have been cast into the media spotlight and are seemingly thrown back in her face at every opportunity – despite the fact Taylor has been in a five-year relationship with Joe Alwyn since 2017.

Nothing Taylor has done in her past dating life has been especially sordid or unusual – and it certainly pales into insignificance when held up against the male serial daters of the music and film industry, but the world just can’t let the fact that Taylor dated a few guys before meeting her current partner go.

Heaven forbid a woman should explore dating to discover what kind of partner she wants without the world clutching its pearls in horror.

Lest we forget, prior to marrying Amal, George Clooney spent years dating many of the world’s biggest stars before choosing to settle down, Taylor’s ex John Mayer also chopped and changed ladies if the relationship wasn’t quite right, and the list truly is endless of male ‘serial daters’ who never get the same kind of scrutiny that Taylor’s faced for years and years.

Of course, the singer spoke out following the frankly unnecessary and several-years-out-of-date joke on Ginny and Georgia, which is hosted by Netflix – who also took on Taylor’s Miss Americana documentary last year, in which she detailed the bullying she’d received online.

‘How about we stop degrading hard working women by defining this horse s**t as FuNnY.

Yes, Taylor may have dated a few of the world’s most eligible bachelors in the form of Harry Styles, Calvin Harris and Tom Hiddleston, but the fact she is still being defined solely by her relationships is a sad indictment of how far we still have to go in the fight for equality.

This is a woman with 10 Grammy awards, an Emmy, 32 American Music Awards (the most wins by an artist), 27 Guinness World Records and so many more awards and accolades there aren’t enough shelves to house them all.

She is also nine albums into her hugely successful career in music and fought the powers that be to regain control of her masters after her label sold them without giving her a chance to purchase them herself.

Taylor’s also no stranger to politics and activism and is a regular charity donor, all the while making time to reach out to get to know her biggest fans personally.

Surely there are better things to focus on than the, frankly extremely boring, rehashing of Taylor’s dating life forever more if we are ever to get to the stage where women are measured by the same standards as their male counterparts.

Rush Hour Crush – love (well, lust) is all around us

Tell us about your Rush Hour Crush by submitting them here, and you could see your message published on the site.