Former Vogue supermodel Carre Otis has shared a stunning snap of herself and opened up about working on a new film. See the gorgeous pic!

Supermodel Carre Otis, who was once married to Mickey Rourke, has shared a rare snap of herself to Instagram on May 21. The 52-year-old California native went bare-faced for the pic, in which she showed off her silver tresses and stunning complexion. It comes more than two decades after she divorced her “abusive’” ex Mickey, now 68, who shot her in the chest when they were together. Carre opened up about her new film project in the caption.

“I spent my day with the magical @lucywalkerfilm working on an upcoming documentary that highlights one of my favorite subjects and greatest healers; Sacred Plant Teachers,” the Bare Mama Project founder captioned the post, in which she wore an animal print top and a gold pendant necklace. She added that her life had been “compartmentalized” and she had to wear many hats.

“Those that truly know me know that my greatest teachers and healing paths have included teachings of indigenous wisdom traditions from around the world. Today was my “coming out.” It is time for humanity to heal and integrate all fragmented aspects of ourselves.” Her collaborator Lucy Walker, who directed The Crash Reel, The Lion’s Mouth Opens, and Waste Land, is a two-time Oscar-nominee. 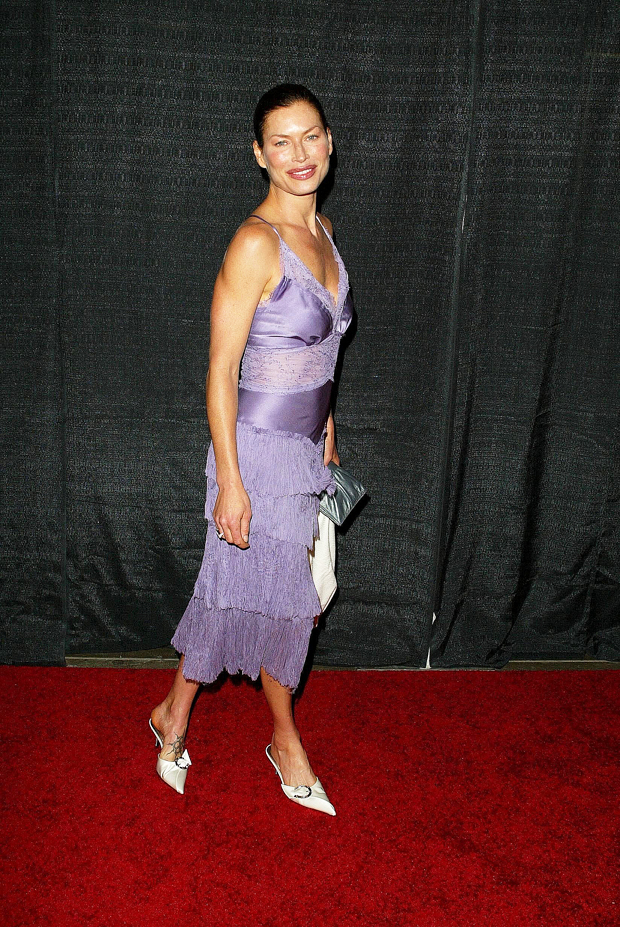 Carre was once one of the biggest supermodels in the world, and posed on the cover of Vogue multiple times in the 90s. She met her ex husband on the set of the 1990 sex thriller Wild Orchid, and the pair were married from 1992 until 1998 when their relationship went south. In Beauty Disrupted: A Memoir, Carre said she was shot just two inches from her heart after her then-husband put a handgun in her bag without letting her know.

“We were on a set in Santa Fe, Mickey was working, and there was a horrific accident,” Carre said. “There was a gun, his gun, it was in a bag … I was hit with a .357 bullet. It was about two inches from my heart. It exited through my shoulder. I was really unbelievably lucky that is didn’t hit a bone.”