The Prince and Princess of Wales visited Northern Ireland on Thursday, where they carried out a number of engagements with a selection of cross-community organisations offering support to people from varying backgrounds.

The outing was a success, with fans gathering at different locations to cheer them on, offer them gifts and welcome them to their region.

WATCH: William and Kate told ‘Ireland belongs to the Irish’ in Belfast

However, one woman challenged the Princess of Wales about not being in her “own country”.

While the royal was meeting members of the public on an impromptu meet and greet, the lady shook Kate’s hand and told her: “Nice to meet you but it would be better if it was when you were in your own country.”

A post shared by The Prince and Princess of Wales (@princeandprincessofwales)

The couple shared a fun video of their day out

The woman, who was recording on a mobile phone at the time, added: “Ireland belongs to the Irish.”

Despite the incident, Prince William and Kate shared a wonderful video of their visit on Instagram and wrote alongside it: “Thank you for having us, Northern Ireland!”

Fans rushed to comment on the clip, which included highlights of their trip, including a fun video of the couple preparing a cocktail, with one writing: “Thank you for visiting Northern Ireland … come back soon, you’re always welcome here in this part of the UK!!” 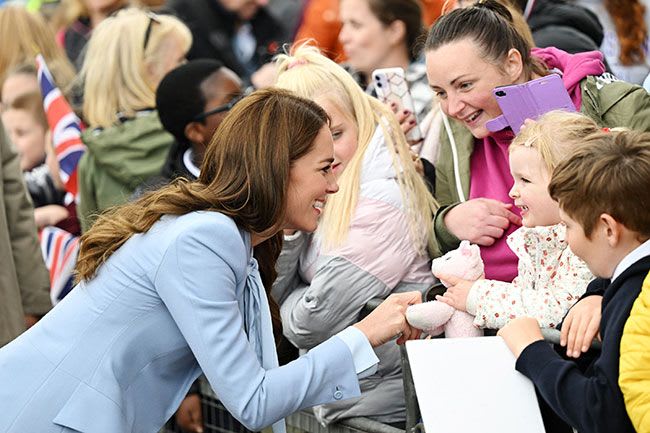 The couple were greeted by thousands of wellwishers

Other fans praised their “social media work” with many pleading that they wanted to see more of it. Whilst out in Northern Ireland, the couple’s communications team shared several Instagram Stories throughout the day as well as posts from their different engagements. 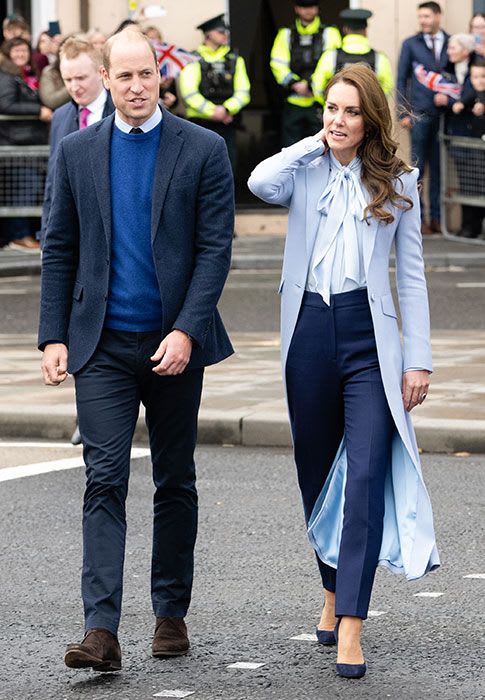 The couple coordinated in blue for their outing

Of their visit to youth charity Carrick Connect, they wrote on Instagram: “The volunteers and team behind Carrick Connect certainly give their ‘Feel Good Hub’ its name – supporting children and young people in the community with social or emotional difficulties. Keep up the amazing work!”