Roy Horn, whose real name is Uwe Ludwig Horn, died of complications from the coronavirus, Us Weekly confirmed on Friday, May 8. The former entertainer, best known for being one half of magic act Siegfried and Roy with Siegfried Fischbacher, had tested positive last month. He was 75.

“Today, the world has lost one of the greats of magic, but I have lost my best friend,” said Siegfried in a statement. “From the moment we met, I knew Roy and I, together, would change the world. There could be no Siegfried without Roy, and no Roy without Siegfried. Roy was a fighter his whole life including during these final days. I give my heartfelt appreciation to the team of doctors, nurses and staff at Mountain View Hospital who worked heroically against this
insidious virus that ultimately took Roy’s life.”

Horn was born in Nordenham and was always a lover of animals. He began spending time with exotic animals when he was 10 years old and a family friend gave him access to the Bremen Zoo. He met Siegfried, 80, while onboard a cruise ship, and the pair began a nightclub act in which they snuck a tiger into. After being discovered by Tony Azzie in 1967, they were asked to perform in Las Vegas.

From 1990 to 2003, the pair headlined Siegfried & Roy at the Mirage Resort and Casino, the most-visited show on the strip. In October 2003, Roy was part of an on-stage accident when a 7-year-old, 380-pound white tiger named Mantecore bit his neck and dragged him off stage. The mauling left Horn partially paralyzed and barely able to speak.

Despite the reports that Mantecore attacked Roy, he claimed that he suffered a stroke and that the tiger was dragging him off the stage in order to save him. The University Medical Center could not determine whether or not the stroke happened before the bite or after. 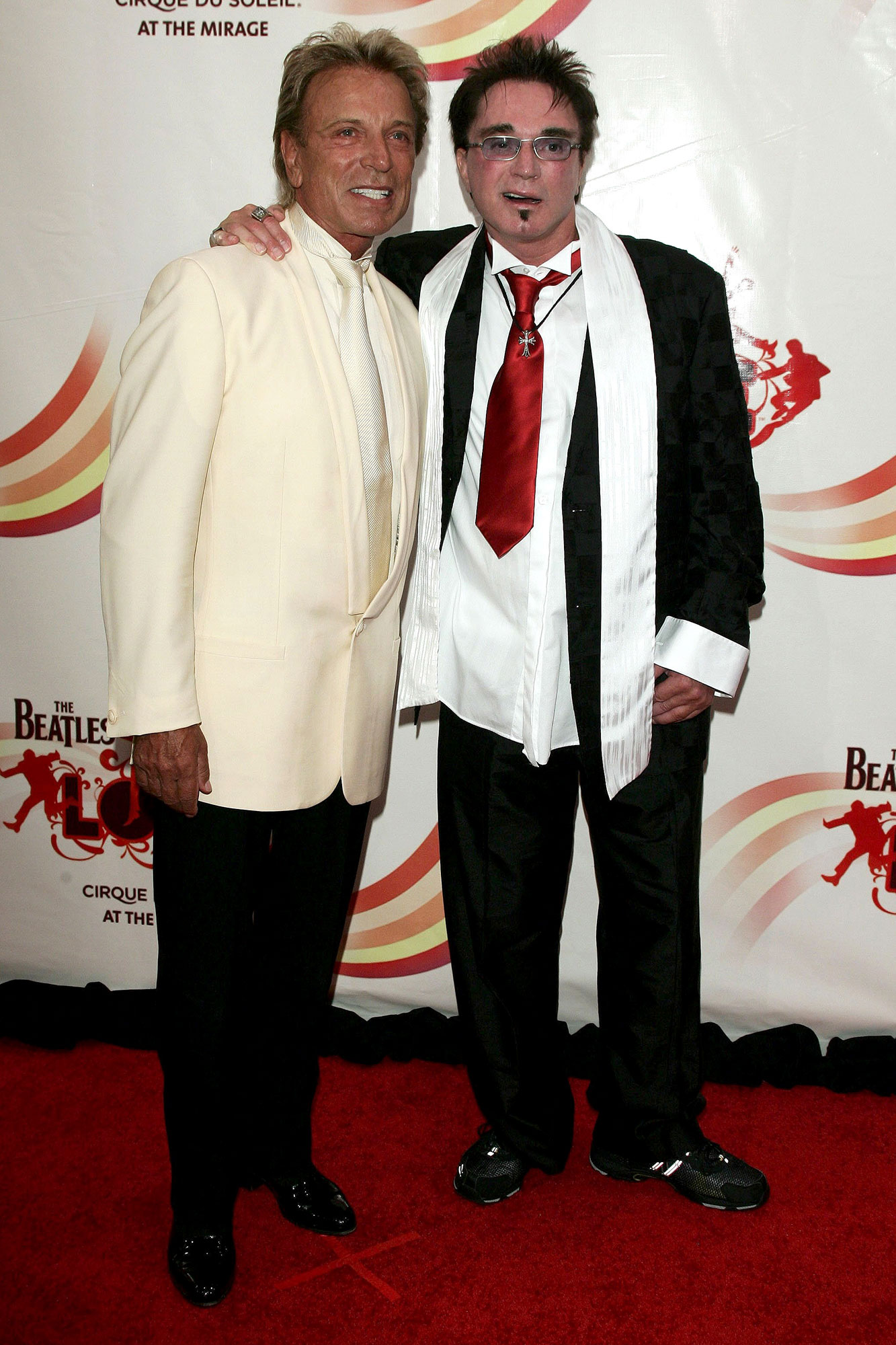 In March 2014, Mantecore died at the age of 17. “It is with great sorrow that I am writing you this note today,” Horn wrote on Facebook at the time. “On March 19, 2014 in the early afternoon our beloved 17 year old White Tiger Friend and Brother, ‘Mantecore’ left us and is now with his siblings in White Tiger heaven. My lifesaver, ‘Mantecore’, who was the one responsible for pulling me to safety where the Paramedics could help me after my high blood pressure made me dizzy on stage. He is greatly missed, however, I have my memories and I know that now he is playing with his brother and sister.”

While recalling the October 2003 mauling incident, Horn called Mantecore his “lifesaver,” saying that the tiger had pulled him to safety after his high blood pressure kicked in onstage. Horn added that the two “were even,” because he had saved the tiger’s life as a cub on two separate occasions.

“Mantecore is a great cat. Make sure no harm comes to Mantecore,” he was heard saying when he was taken to the hospital. The show was closed after the accident and the duo performed one more time for a 2009 20/20 special.