Riley Keough is remembering her brother, Benjamin, who died by suicide in July 2020, one year after she last saw him alive. The Zola actress took to her Instagram Story on Monday to share the one thing she wished she had done differently on that day.

“A year ago this morning was the last time I got to see you,” Riley wrote alongside the throwback of her and her little brother. “I didn’t hug you properly because I thought you had COVID. I wish I’d hugged you properly. I miss you every day.”

Riley has been paying tribute to her sibling in a number of ways over the last year. Shortly after his death, she got his name tattooed on her collarbone in cursive writing. In October, Riley celebrated what would have been Benjamin’s 28th birthday by posting photos of the two on her Instagram. 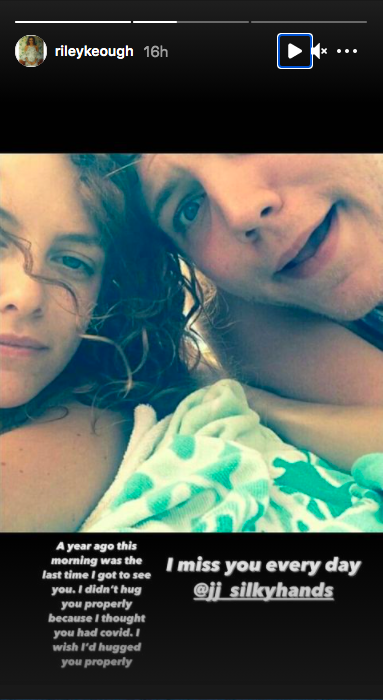 The Golden Globe nominee, who is the daughter of Lisa Marie Presley and granddaughter of Elvis Presley, opened up to InStyle last month about finding joy nearly one year after her brother’s death.

“I’m really consciously trying to be present, and not use anything as any kind of escape, and be cognizant of when I’m doing that,” Riley shared in her interview, explaining that she’s actively not burying herself in work, or any vice for that matter.

Looking back at the past year, the actress said she’s “generally trying to be grateful for everything at the moment,” considering the uncertainty that she, like so many over the course of the past year and a half, have had to suddenly learn to deal with.

“[I’m] trying to operate in love, and keep my heart open, and give and receive love. And not in a woo-woo way, because I definitely have hard days, and all kinds of pain and suffering and all that,” she shared. “But I think when you realize that’s part of it, and your expectation isn’t to just be feeling joy.”

“That’s been a real shift for me in finding those moments and things to smile about,” she added.

In addition to operating in love, the actress revealed In March, that she completed her training as a death doula — also known as an end-of-life doula or death midwife — who helps the terminally ill and elderly and supports them emotionally and spiritually in their finals days, in an effort to help her process her grief.

“We are taught that it’s a morbid subject to talk about. Or we’re so afraid of it that we’re unable to talk about it… then of course it happens to us, and we are very ill prepared,” she wrote at the time.

Riley’s post featured a Rumi quote, which read, “Be a lamp or a lifeboat or a ladder. Help someone’s soul heal. Walk out of your house like a shepherd.” 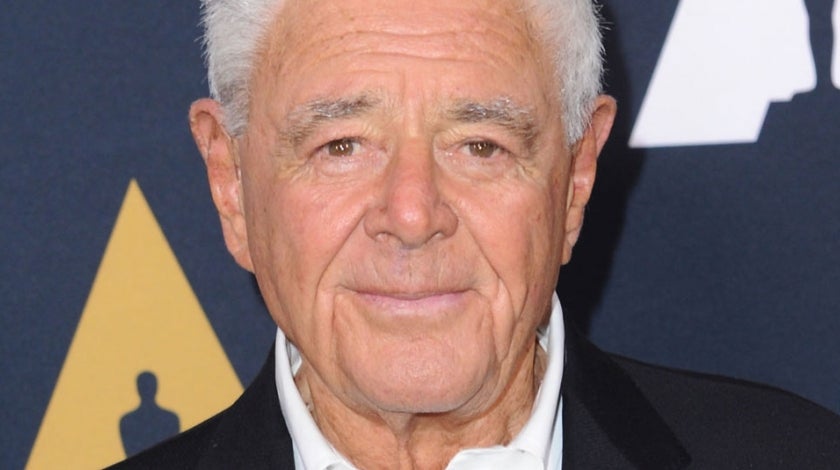