Richard Hammond, 50, who is best known for presenting The Grand Tour alongside James May, 57, and Jeremy Clarkson, 59, has publicly told his collaborator and friend, James May that his plan to get his Jaguar is “not going to work”.

I shall from then on, be alert to a certain, Mr J D May.

In a candid video, Richard Hammond spoke out about his prized possession and that he needs to be “alert” to his former co-host, James May.

The Grand Tour presenter told his viewers: “I will be properly jagged out and I shall from then on, be alert to a certain, Mr J D May circling with evil intent.”

Richard then went on to explain what James’ “type” is when it comes to cars, in an attempt to steer him away.

He continued: “Because for a long time now, for some reason he liked my e type. 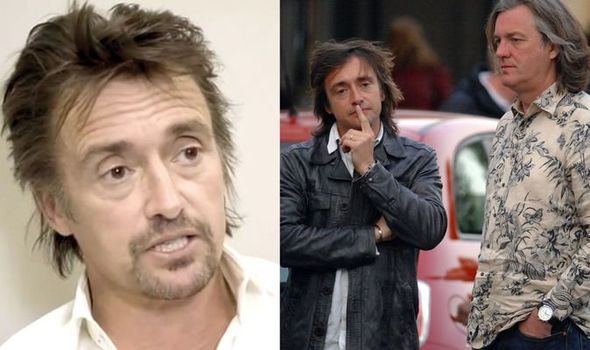 “He usually likes his flashy, trashy, modern stuff, but he likes my rather beautiful e-type.”

The journalist then confessed to James’ threat: “And his threat remains that he will simply deposit a piffling amount of money in my bank account without telling me.

“But with a note attached saying ‘in respect of e-type’,” he continued.

The writer added: “And then precisely a year, take me to court, to sue for his jaguar because the bank details will show.” 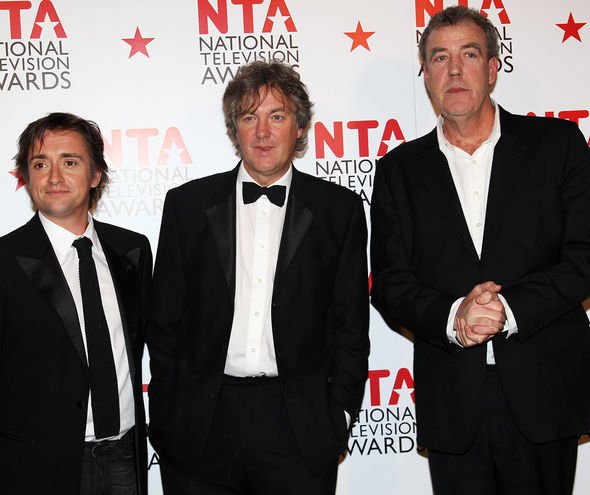 “He paid for it, where is it?” The host continued.

Richard then confronted James as he said with his game face: “It’s not going to work James!”

Richard concluded his competitive speech, in true Top Gear dialogue: “If I were to go after another Jag, it would be a mark 2.”

DON’T MISS:
Jeremy Clarkson issues plea to ‘save’ James May amid coronavirus fears (INSTAGRAM)
Ruth Langsford in Eamonn Holmes reveal ‘Another woman on his mind’ (TWITTER)
Debbie McGee tells BBC co-star ‘get in your hole’ as ‘diva’ revealed (PICTURES)

Jeremy Clarkson has previously confirmed there will be a return for a fourth series of The Grand Tour on social media.

After The Grand Tour Presents: Seamen was released, fans who were excited for more details about what they could expect, then asked Jeremy for further information about the teased return.

They wrote to the presenter: “@Jeremy Clarkson I think now would be a great time to release some new grand tour episodes.”

Jeremy then responded with: “I agree,” and added: “And one is nearly ready to go.”

However, the TV star didn’t give his fans what they wanted, as he kept the release date of the fourth series’ to himself, which led viewers of the programme to ask for more.

To keep them happy, the presenter announced that there will be more to come once the coronavirus “business” is over with.

Jeremy wrote: “And when this virus business is settled, we will head off to do two more.”

After one fan wrote back to Jeremy: “Grand tour was doing so well on prime,” the host responded with: “Maybe you haven’t heard. There’s a virus you see and it’s making international travel tricky.”