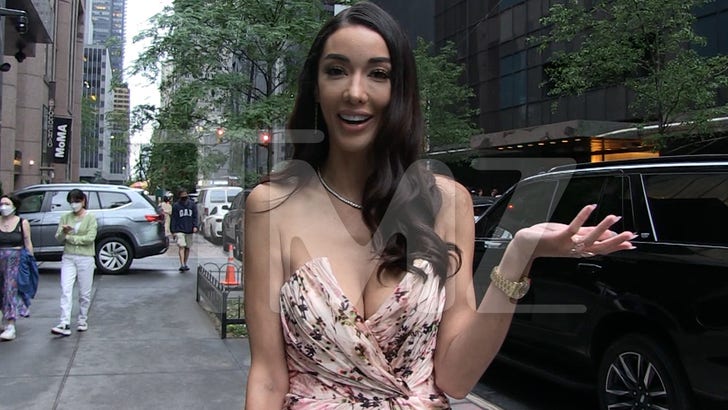 The beef’s still hot between Noella Bergener and her ex-husband, James, ’cause she says they’re not on speaking terms, nor are they “in a great co-parenting place” … but she’s not losing any sleep over the situation.

We caught up with “The Real Housewives of Orange County” star in NYC outside the Baccarat Hotel where she told us things are anything but amicable right now. She sounds hopeful things might change in the future, but for now, she’s moving forward professionally and romantically.

Noella’s partnering with Seeking — she was walking into an event for the dating site —  and hoping her own experience inspires other women and men. She says she’s single and mingling, but not just looking for fun — she’s actually down to marry again if she finds a Mr. Right.

BTW, she met James on Seeking back in 2015. Interesting, that she’s not gun shy even after their split.

We broke the story, James Bergener — a personal injury attorney known in SoCal as “Sweet James” — filed for divorce in August 2021. The couple dated for 5 years and were married for one.

The newest member of “RHOC” joined the Bravo show last year, and it sounds like she’s anxious to be a current wife again, instead of an ex! 😉