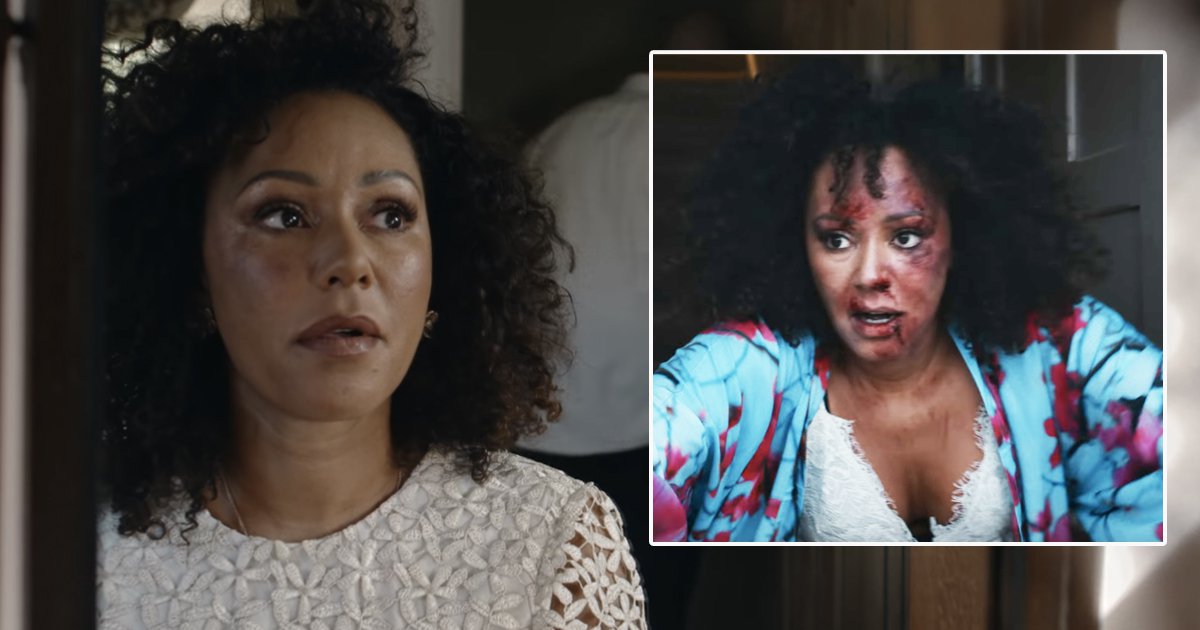 Mel B stars in a powerful yet harrowing short film to highlight the reality of domestic violence.

The Spice Girls singer teamed up with charity Women’s Aid for the movie, which is titled Love Should Not Hurt (A Flat Minor) and features music from the composer Fabio D’Andrea.

It sees Mel B recreating a woman’s escape from an abusive relationship and was inspired by the stories she has heard while a patron of the charity.

Difficult scenes of domestic violence are shown from the start of the four-minute film, with the Wannabe singer trying to escape the house before being pulled back and thrown to the floor by her partner.

Showing how abusers can change their behaviour in public, the couple are then seen at a party with friends and family. The abusive partner appears to be the model boyfriend, attentively doting on Mel B in front of their loved ones.

However, the next scene shows the singer badly beaten before she eventually flees and literally runs to the hills for freedom.

Speaking about the project, Mel B said: ‘I’m so incredibly proud to be part of this project which means so much to me…

‘It seems strange to say I am proud of showing something so brutal and disturbing but it is my mission to raise awareness of something so many women go through every day, every week, every month of their lives.’

Drawing on her own past, she continued: ‘I have had my own experiences of abusive relationships but as patron of Women’s Aid I have spoken to so many other women, listened to what they have gone through and I know how very real the danger is to so many women out there and I’m not going to stop breaking the silence and the shame around this subject because it’s too much and we have to stand up and do something.’

She added in an Instagram story: ‘This is what domestic violence and coercive abuse looks like underneath the fake smiles and controlling kisses.

‘Traumatic, ugly and soul destroying… I’ve been there.’

Composer D’Andrea also said of the campaign: ‘So much can be communicated via the arts that cannot be in other ways. We all hope this video can connect with as many people as possible.

‘Domestic violence exists in every section of society but we rarely hear about it. This music and this video aims to change that.

‘This video performance represents the stories and the experiences of many, many women. It is very real, very raw.’

If you are in immediate danger call 999. If you cannot talk, dial 55 and the operator will respond.

For free and confidential advice and support for women in London affected by abuse, you can call Solace on 0808 802 5565 or email [email protected]