Megan Thee Stallion graced the 2021 Grammys with an in-person appearance tonight, and she brought her best red carpet (during a pandemic) fashion to the occasion. The Grammys are taking place outdoors in Los Angeles but will also feature some pre-recorded performances. 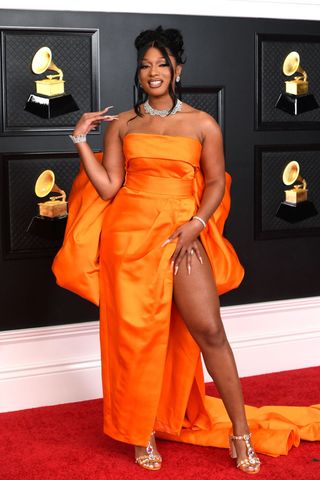 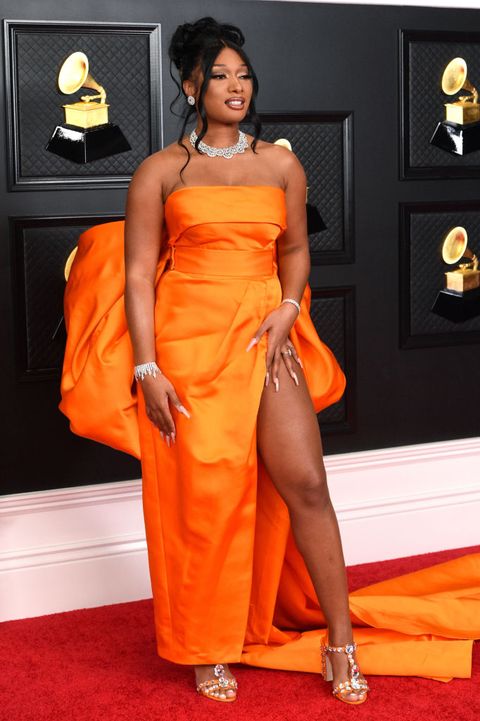 Megan opened up to W in an interview published in August what it has been like coming into her own and finding her own voice as a musical and public figure.

“I love the fact that I have a voice, and I love the fact that I do inspire a lot of girls, and I didn’t realize it at first. I was just being me,” Megan said. “Some of the things I say, I realized that some women might really wanna say them. So I just keep all of these things in the back of my mind when I’m writing. I’m not gon’ say I feel pressure, but sometimes I will get a little tingly because I just want to put out the best music for my fans as possible. I don’t like to disappoint them. So when I’m recording, I’m super hard on myself. I’m just always like, Okay, I need to go harder than that. I’ll write and rewrite a verse about eight times.”