Mark Labbett has said he and his fellow chasers have “adaped their tactics”. The Chase favourite said it was all in the hope of committing what he described as the “worst sin”.

Normally we’re the top player, so we act that way and dive in

The 54-year-old spoke out ahead of the launch of Beat The Chasers on ITV next week.

For the first time he will form a team with Anne Hegerty, Paul Sinha, Jenny Ryan and Shaun Wallace.

The show will see contestants given the option of playing between two and all five Chasers for increasing amounts of money, but with a decreasing time advantage against them.

When asked what it was like appearing on the show with the other Chasers, Mark explained their “motto”. 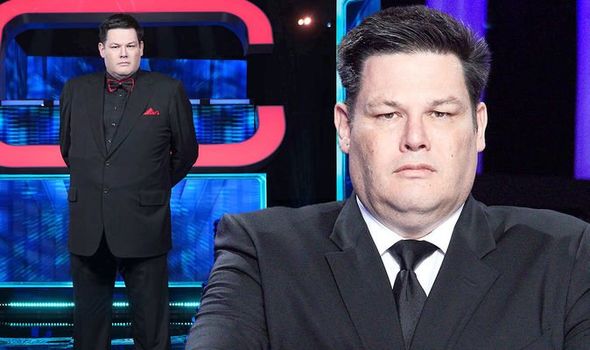 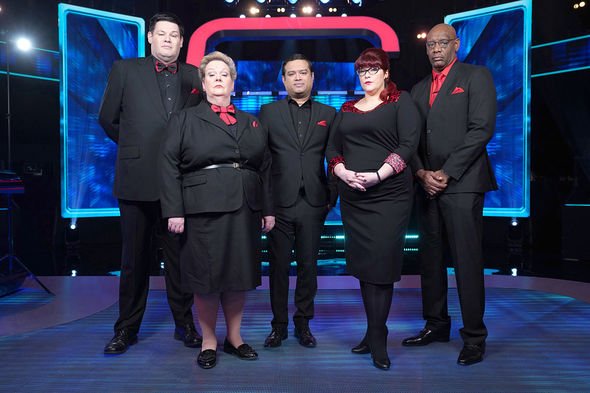 He commented: “This was like playing on an All-Star team. Normally we’re the top player, so we act that way and dive in.

“With a team as good as this, I was thinking, ‘Don’t press the button because somebody else will know’. We had a little motto, whenever we didn’t know, we all waited a second and then Anne buzzed in with the right answer.”

Gushing about the former I’m A Celebrity… Get Me Out Of Here! contestant, he branded the 61-year-old “the best”.

Mark has been on The Chase since its inception in 2009 alongside Shaun, 59, with Anne joining a year later. 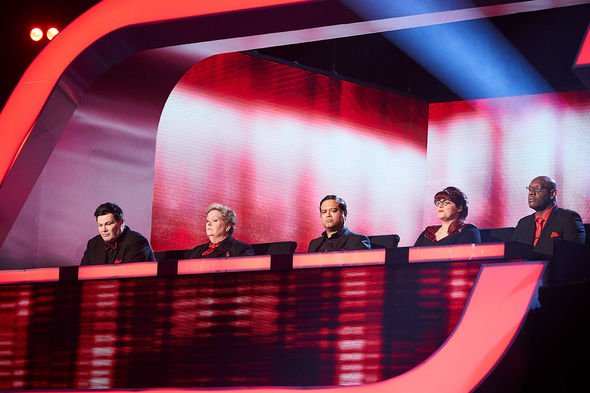 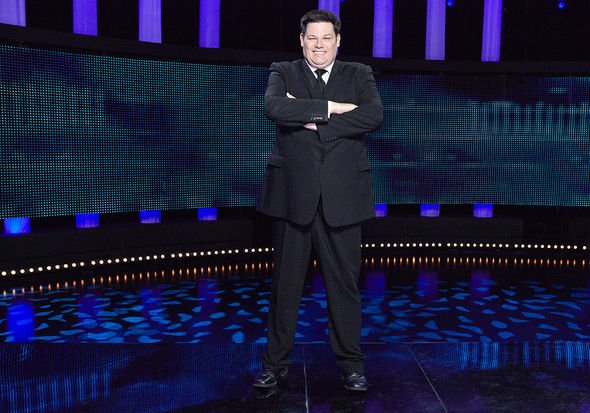 He continued: “Anne’s not always the fastest but she’s the best and the most accurate. That’s how we adapted our tactics.

“For us, the worst sin – and most of us did it at least one – is to buzz in on one you think you know and you get in the way of the one who actually does know it.”

Mark branded himself and Paul, 49, “speed demons”, but said they “were picking up the easier stuff”.

“But Anne has such wide range of knowledge – religion, art and literature – we respect the hell out of how good Anne is,” he went on.

During the interview, The Beast star also discussed whether he felt the need to “impress” his teammates.

He added: “Paul and I would both admit there were times we started to play against each other and were trying to be the first one on the buzzer.

“We had to tell each other, ‘It doesn’t matter who gets it right, as long as one of us does’.”

Beat The Chasers – a nail-biting five-part series – launches Monday with contestants coming from the studio audience.

In the Cash Builder round they’ll face five multiple choice questions, with the chance to bank up to £5,000. But get the first question wrong and they’re out!

The surviving contestants are given the option of picking how many Chasers they take on.

Meanwhile, it comes just days after Mark Labbett spoke out on the sixth chaser joining the programme, after their identity was revealed.

The Chase airs weekdays at 5pm on ITV, while Beat The Chasers launches next Monday at 9pm on the same channel.