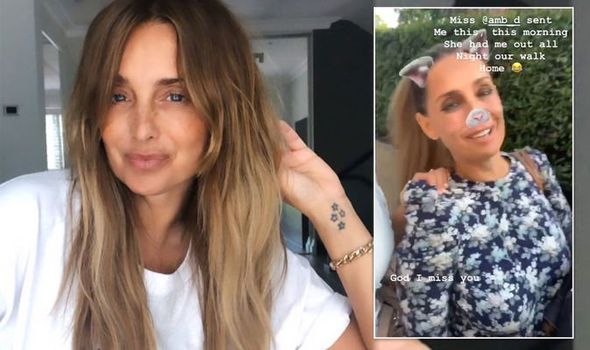 Louise Redknapp took to social media this afternoon to share a video she had received from a co-star.

The footage, which was filmed before lockdown, showed the 45-year-old singer walking home one sunny morning after a big night out.

The pop star reflected on the all-nighter with her 9 to 5 co-star Amber Davies and jokingly told fans she had been “corrupted” by her.

In the video, which Louise shared with her 698,000 followers, she could be seen walking along the street with the Love Island star and an unidentified female, possibly another cast member.

The singer wore a floral dress in the clip and her hair in a high ponytail, while Amber sported a white ensemble.

A filter gave them both cat’s ears and whiskers.

Alongside the footage, Louise wrote: “Miss @amb_d sent me this, this morning.” 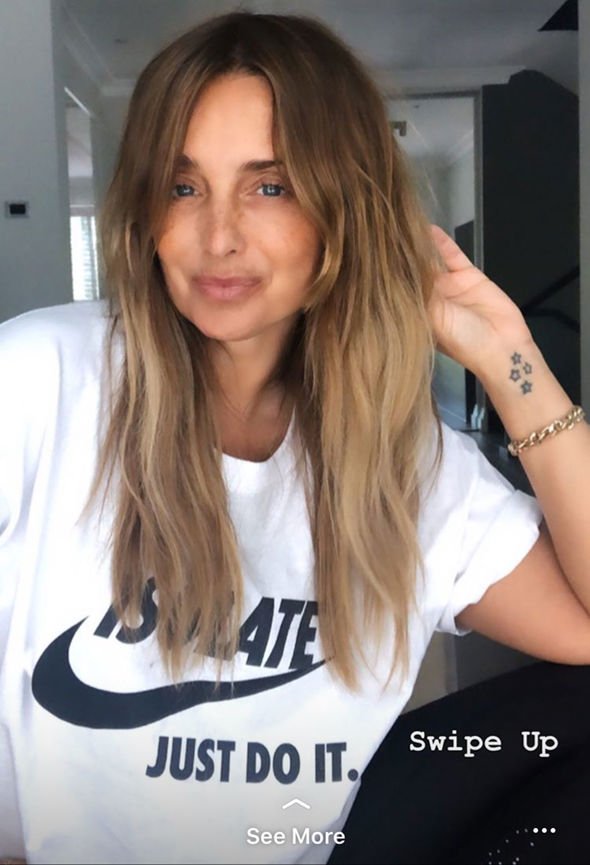 The former Strictly Come Dancing contestant went on to say: “She had me out all night our walk home.”(sic)

“God I miss you,” the songstress added.

Mum-of-two Louise and the 23-year-old reality star grew close when they were both cast in Dolly Parton’s West End musical two years ago.

The show opened at the Savoy Theatre in February 2019 and closed in March this year because of the coronavirus outbreak. 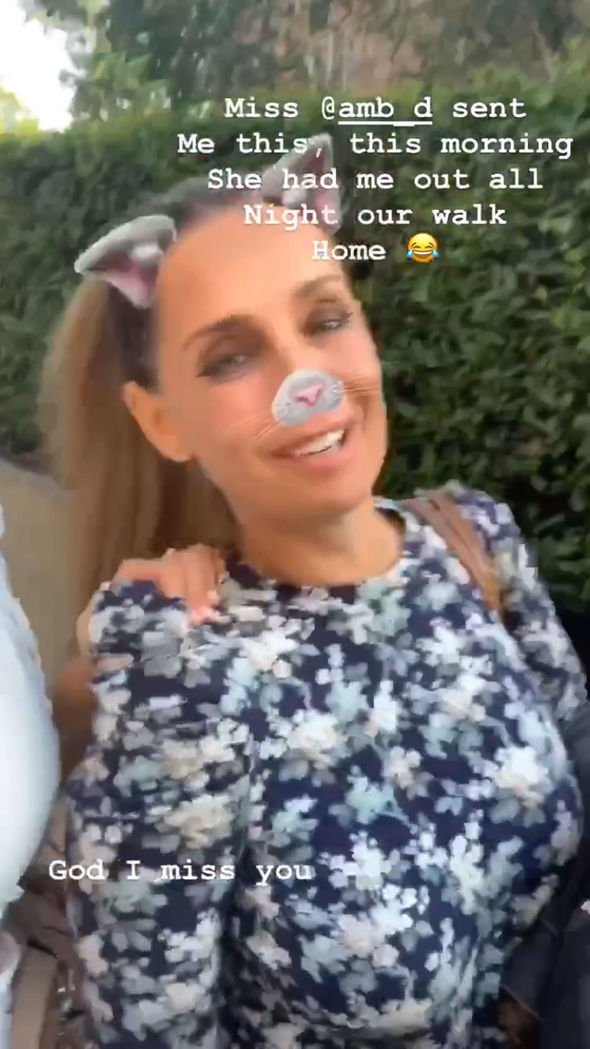 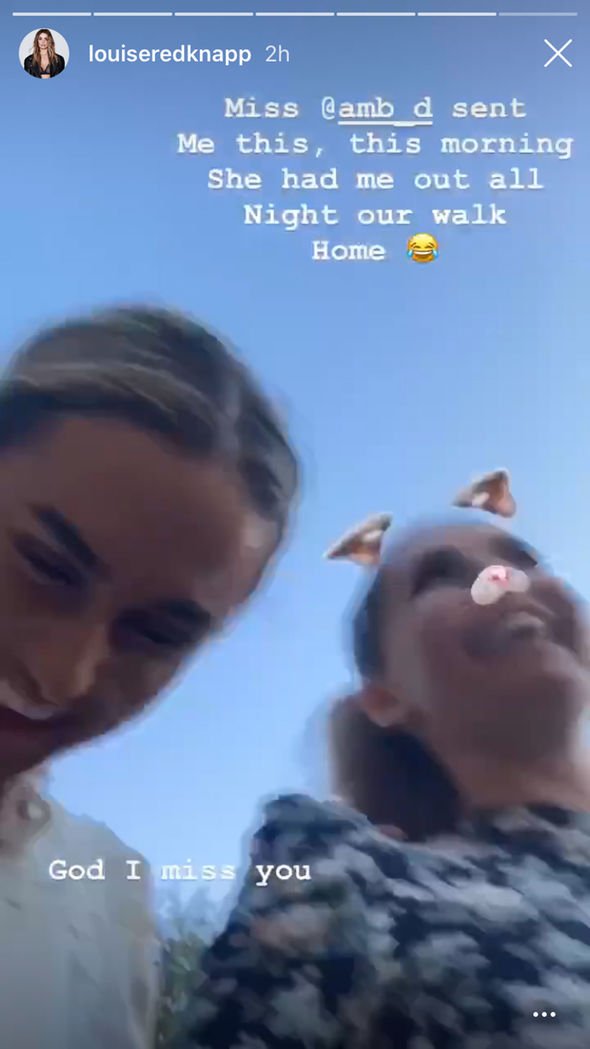 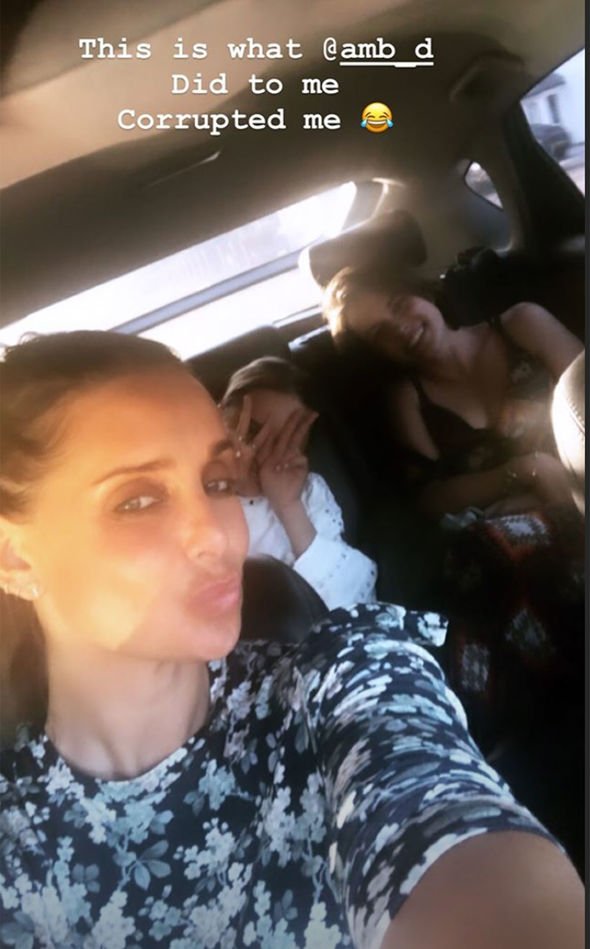 Shortly after posting the video, the former Eternal star returned to the social media site to share a picture of the trio in a car on their way home.

Amber could be seen covering her face in the backseat as Louise posed for a picture in the front.

The 2017 Love Island winner told her 399,000 Twitter followers she had spent several hours looking through old photos during self-isolation.

She wrote: “2.43am and I have just spent 3 hours looking through all my pics and videos. [crying emoji] Why did I do this??”