Laura Dern, of “Jurassic Park” fame (via IMDb), has shown her versatility as an actress throughout her career, playing a divorce attorney in “Marriage Story” and the mom you love to hate on HBO’s “Big Little Lies.” Her portrayal of Renata Klein earned her an Emmy in 2017, and an Oscar for her supporting role in “Marriage Story,” according to Vox.

But it was her life off-screen that captured fans’ attention most of all, especially since the actress always managed to keep her love life out of the public eye. This is why it was surprising to learn that the actress has been linked to big-name actors — and we didn’t even know they were dating!

Although she has dated some big-name celebrities — including Nicholas Cage, Jeff Goldblum, and Common — Dern did not settle down with any of those well-known names. That is, not until she met her now-ex husband Ben Harper (per Insider). Harper, who has two children from his first marriage and one child with his current wife, Jaclyn Matfus, is a star in his own right, winning several Grammy awards as a singer-songwriter (via Heavy).

Here is what we know about Laura Dern and Ben Harper’s relationship timeline.

Laura Dern and Ben Harper were married for five years 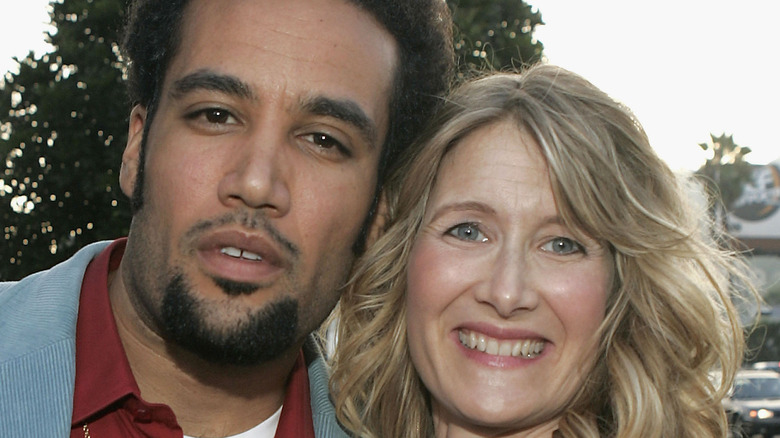 Laura Dern, who co-starred with Jeff Goldblum, Sam Neill, and Samuel L. Jackson in the “Jurassic Park” franchise (via IMDb), met future musician husband Ben Harper in 2000 at one of his concerts, according to People. Her fans were cheering for Dern and Harper’s love to last, especially given the way her former boyfriend, Billy Bob Thornton, decided to end their relationship and marry Angelina Jolie — behind her back (via the Mirror).

The “Enlightened” actress moved on from that blow to her heart and started a family with Harper. The low-key couple became parents to son, Ellery, in 2001 and daughter, Jaya in 2004, before saying “I do” in a private wedding ceremony in 2005 (per Country Living). Everything between the couple appeared to be running smoothly, which is why many people were shocked to learn the couple was headed toward divorce. By 2010, Harper filed for divorce “citing irreconcilable differences.” The pair were reported to have been separated in January of the same year, as reported by TMZ.

But their relationship didn’t end in 2010. They reconciled before Dern filed a response to Harper’s divorce filing in 2012. The divorce was finalized in 2013, according to HuffPost. The marriage may have ended but that has not impacted Dern’s outlook on life and love as the “eternal optimist” is committed to choosing happiness, according to InStyle.