The pop star was photographed today out and about in Rome, where she’s beginning production on the upcoming Ridley Scott film, Gucci. In the pics, the “Stupid Love” singer is wearing a loose-fitting bright-white blazer, matching wide-leg trousers, a black classic camisole tank top, and seriously high black leather platform heels. Pairing the look with a matching white Garavani Roman Stud Shoulder Bag from Valentino, she has her newly brunette locks styled in voluminous, vintage-inspired curls. Of course, the singer is also rocking a matching embellished face mask, due to the ongoing COVID-19 pandemic. 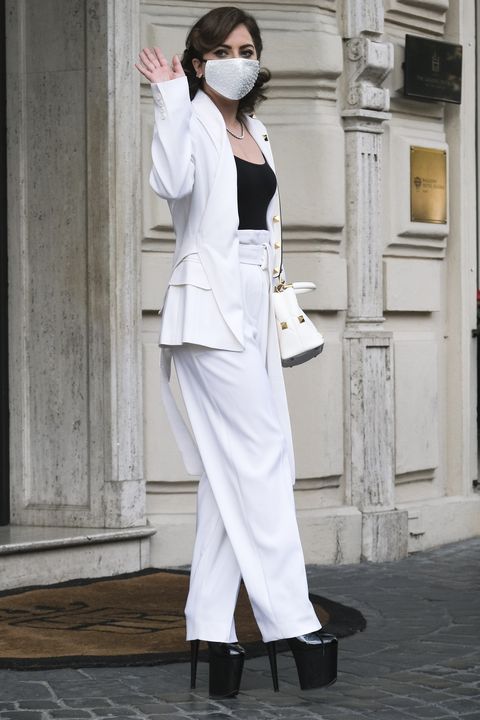 This recent Gaga sighting isn’t the first time the star has shown off some style while working abroad. She was previously photographed in standout looks including a striking leopard-print caftan from Celine and a classic camel Max Mara coat with prim white gloves. 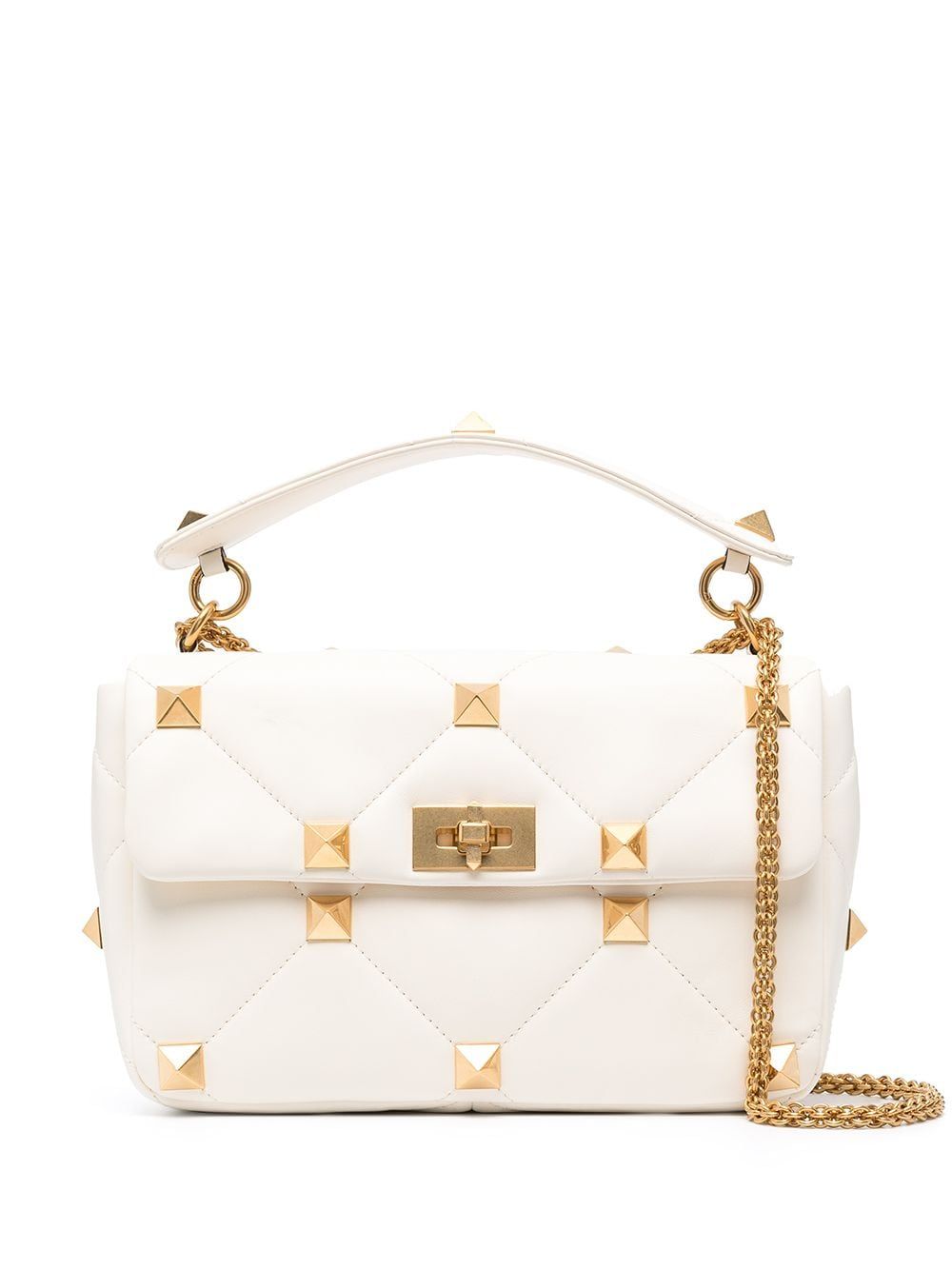 As for her film, Gaga has been cast as Maurizio Gucci’s ex-wife, Patrizia Reggiani; other cast members include Jared Leto, Al Pacino, and Adam Driver. The script is based on the 2000 book The House of Gucci: A Sensational Story of Murder, Madness, Glamour, and Greed, written by Sara Gay Forden. Gucci also marks Lady Gaga’s return to the silver screen following her award-winning role as Ally in Bradley Cooper’s 2018 remake of A Star Is Born, where she went on to win a BAFTA, a Critics Choice Award, and an Oscar for her musical contributions to the film.