Kym Marsh, 43, was in for a fright yesterday morning when a nightmare she had appeared to come true. The former Coronation Street actress had dreamt that an intruder entered her private property by opening the front gate.

She then woke up to realise that the gate had been opened at some point during the night while she was sleeping, in spite of the coronavirus lockdown.

Opening up about the ordeal in view of her 738,000 Twitter followers, Kym admitted she had been left feeling “freaked out” by the situation.

She wrote: “So..something is freaking me out!

“I had a dream last night that someone told me that an intruder had come through the gate at the front of my house, the gate which is always shut, when I came down this morning…the gate was open!!! 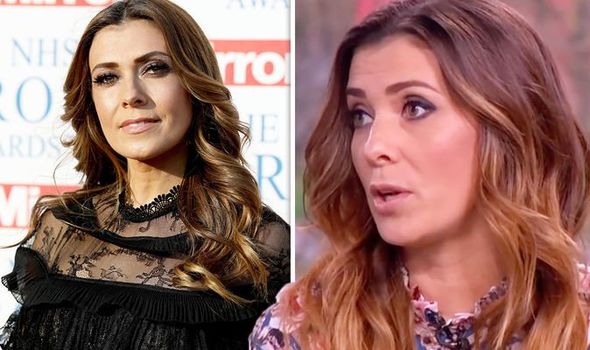 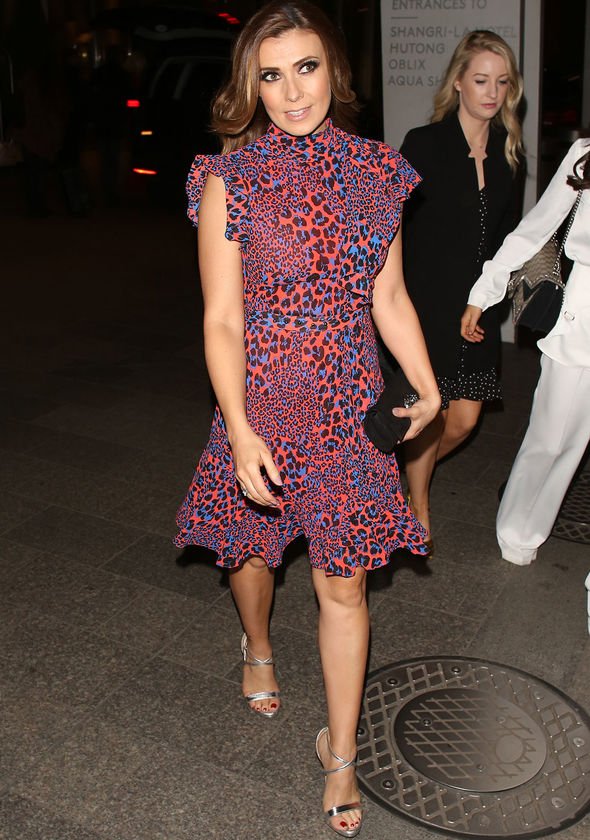 Fans took to the comments section of Kym’s post to share their thoughts on the weird occurrence.

One intrigued person asked: “Did you wake up and think about it…or did you remember it when you saw the gate?”

Kym then replied: “In the middle of the night and then when my son’s girlfriend came through this morning and said the gates open it freaked me out!” 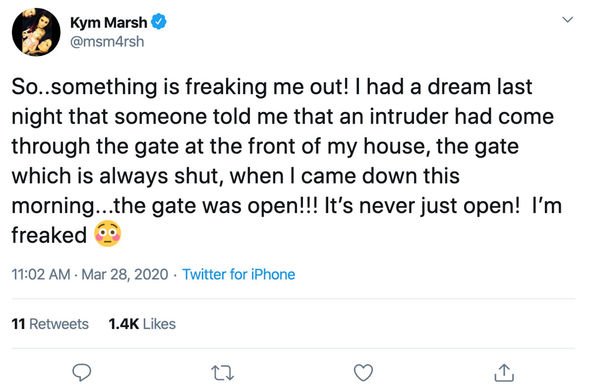 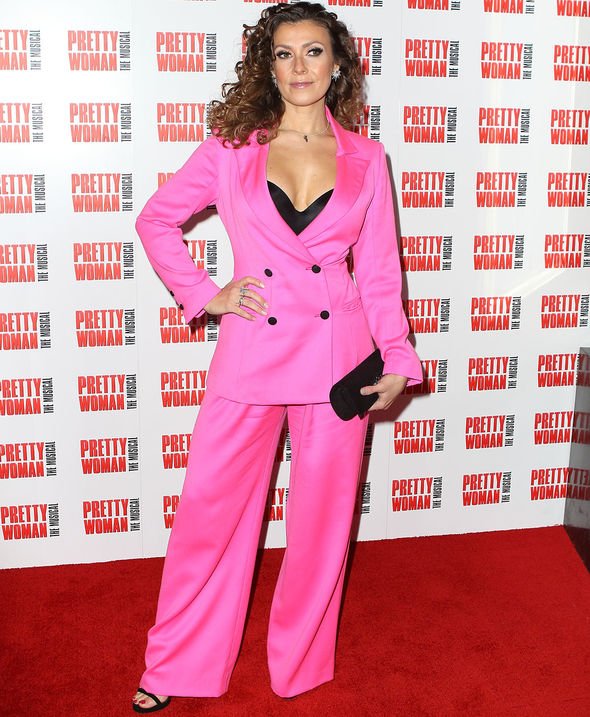 Another fan suggested: “It’s probably a coincidence that it was open, or maybe it was open when you went to bed you just didn’t notice xx.”

However, Kym insisted she makes sure the gate is always shut to prevent her dogs from getting out in the night.

She wrote back: “No it’s always closed due to our dogs. We have to check incase they get out and we did check x.”(sic)

A third Twitter user tried to reassure Kym by adding: “Was your guardian angel letting you know xx.”

“Letting me know what? I would take comfort in that to be fair x,” Kym quizzed in response.

Elsewhere, the small-screen star took to Instagram earlier this week to share memories of her daughter Polly after she turned nine-years-old.

Kym, who shares Polly with her ex-husband, actor Jamie Lomas, shared various snaps of her daughter from birth to present in view of her 389,000 followers.

As part of a lengthy caption dedicated to her daughter, she wrote: “Nine years ago today, I was lucky enough to meet my beautiful Polly for the very first time!

“Looking back at these photos makes me so emotional!

“The struggle we had to get her here safely, the tiny premature baby she was and what she went through at the start of her life and how she has overcome so many obstacles to become the absolute joy she is today.”

“She is a fighter! She is one tough cookie, she doesn’t realise it but she is one of the strongest little girls I know,” Kym added.

The actress went on to describe her daughter as an “absolute joy”, who is “very funny and loves making us all laugh”.

She added: “I am so very lucky be her mummy. So today little Miss Polly, we will celebrate YOU!!!”