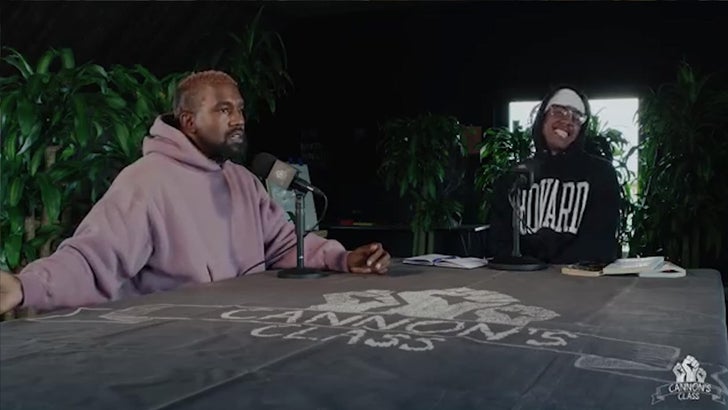 Kanye West is trying to meet with his political rivals … Ye says he was denied a meeting with Bernie Sanders, and wants the opportunity to chat with Joe Biden.

Yeezy recently sat down with Nick Cannon for a segment on Nick’s podcast, “Cannon’s Class,” and they started talking politics, and how Ye caught a ton of flak for meeting with Jared Kushner.

Kanye says the sit down with President Trump‘s son-in-law and trusted aid “ain’t no secret meeting” … and says he wanted a similar meeting with Bernie, but the former presidential candidate wouldn’t grant one.

Now that Biden is the democratic nominee for prez, Kanye says he wants a power meeting with Joe and is willing to meet with any politician, regardless of their party.

Looks like the ball is in Biden’s court here.

It’s a pretty interesting conversation … and Kanye also talks about his relationship with Nas, Trump and Kushner.