“Reading Rainbow” host LeVar Burton has once again joined the chorus calling for him to guest-host “Jeopardy!”

Since the tragic death of host Alex Trebek, the game show has seen a slew of special guest emcees, including Katie Couric, Mayim Bialik, Aaron Rodgers and more.

For some time now, fans have been calling for Burton, 64, to be given a shot on the show. A petition began circulating online after Trebek’s death, calling Burton to get a chance.

On Monday, the “Star Trek: Generations” actor shared the petition on Twitter, hoping to rack up a few more signatures.

“Leaving this here in the event the powers that be are listening…” he wrote in the tweet.

“Between hosting 21 seasons of the educational Reading Rainbow, playing the brainiac engineer Geordi La Forge on Star Trek: the Next Generation, and filling the roll of Kunta Kinte in the ever important mini-series Roots, LeVar Burton has inspired and shaped the minds of several generations of trivia-loving nerds. This petition is to show Sony Pictures Entertainment Inc. and producers Mike Richards and Harry Friedman just how much love the public has for Burton, and how much we’d all love to see him as the next host of Jeopardy!” the petition reads.

This isn’t the first time Burton has shared the petition. He originally did so in November 2020 after it was created.

“Even if nothing comes from it, I can’t tell you how much I appreciate all of your love and support!” Burton wrote, along with a link to the petition. 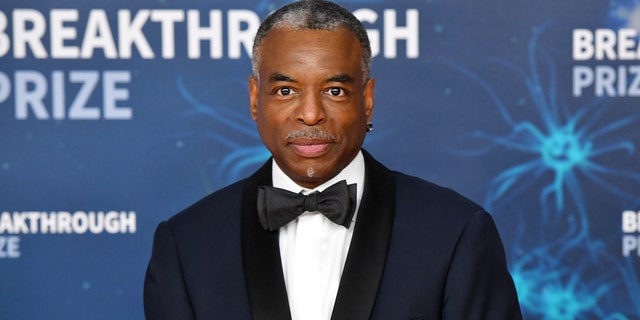 LeVar Burton shared an online petition to secure himself a guest-hosting spot on ‘Jeopardy!.’ (Getty Images)

In a second tweet, he reiterated his appreciation but also shared a note in honor of Trebek and his family.

“Of course while I’m flattered by the petition, my thoughts are definitely with Alex Trebeck’s (sic) family and his millions of fans and the devastating loss of this irreplaceable legend,” he wrote, along with the hashtag #LongLiveAlex.

Reps for “Jeopardy!” did not immediately respond to Fox News’ request for comment.