Jacqueline Wilson has come out as gay at the age of 74, in a candid new interview. The bestselling children’s novelist admitted it is “old news” to those around her.

The writer made the announcment in an chat with the Guardian Review, as she discussed her 111th book, Love Frankie.

Her latest release follows tomboy Frankie who falls for her classmate Sally.

Speaking of the story, Jacqueline admitted she knew “perfectly well that it would shine a little light on my own private life”.

The star met her partner Trish at a party following the breakdown of her marriage in the late 1990s. 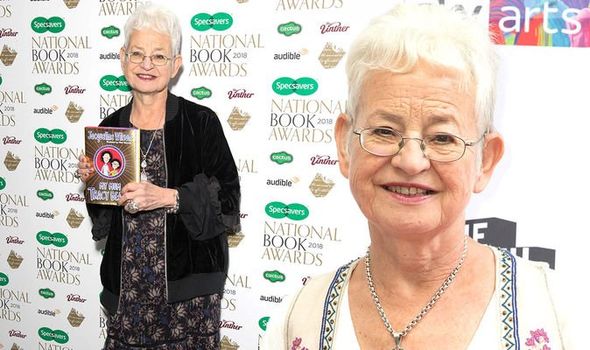 They have been living together for the past 18 years and are “very happy”.

“I’ve never really been in any kind of closet,” Jacqueline commented. “It would be such old news for anybody that has ever known anything much about me.

“Even the vaguest acquaintance knows perfectly well that we are a couple.”

She said her mother was “appalled” by her relationship, but that “wasn’t too devastating”.

She added: “My mum cordially hated my ex-husband; she didn’t really approve of any of my friends.”

Jacqueline has been asked in the past why she has not written more about gay characters and she set the record straight.

She told the publication she didn’t see “any problem whatsoever with being gay”, instead focusing on youngsters with problems.

While her latest book Love Frankie tells the story of “a girl falling in love with another girl”.

It is set for release in August.

Jacqueline was previously married to William Millar Wilson, with the pair divorcing in the early 2000s.

They originally wed when she was 19-year-old, and two years later welcomed daughter Emma.

She spoke of her former spouse in a 2017 interview, saying they didn’t have much in common.

Jacqueline revealed: “My marriage was OK, but my ex-husband and I didn’t have an enormous amount in common.

“Although in actual fact, my husband eventually left me. We’re still relatively friendly and the last 20 years since we’ve been separated have been wonderful.”

She went onto say her daughter was the love of her life.