Nathalie Emmanuel, 32, is known best for playing Missandei in Game of Thrones. However, the actor has now opened up along with many other women about her experiences of harassment following the news of Sarah Everard’s disappearance. This included a particularly harrowing experience where her grandfather had to step in.

In front of her 642,000 followers, Nathalie posted about several “incidents of predatory behaviour from men” towards her on Twitter yesterday.

She wrote: “I can think of so many incidents of predatory behaviour from men throughout my life….

“I was visiting my grandparents in St Lucia when I was 14 an adult man was harassing me and even after my mum intervened and removed me from the situation he continued to hover and follow…. 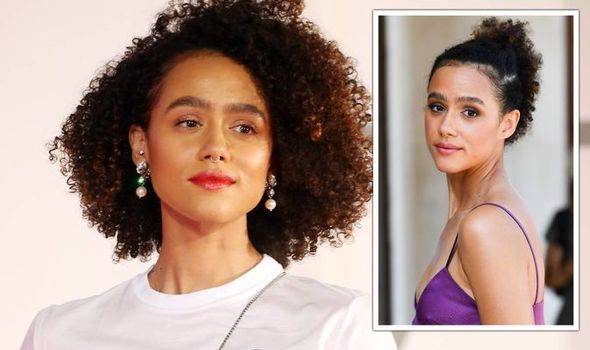 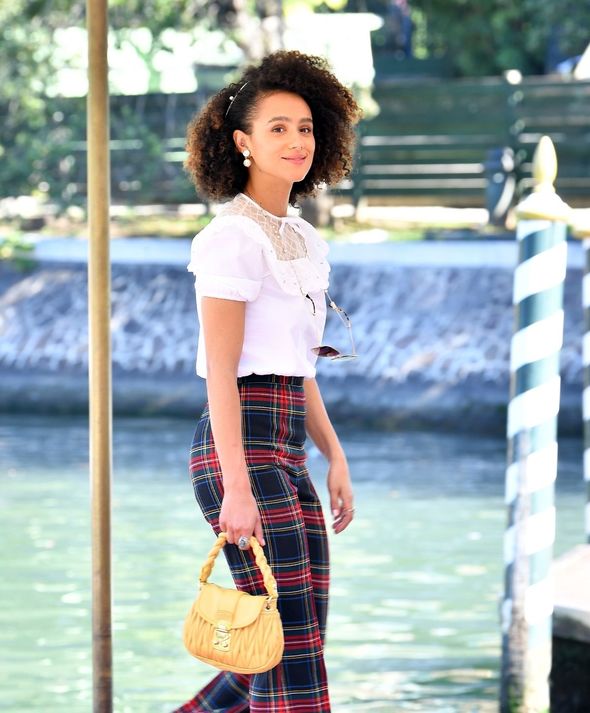 “It was only the presence of my Grandad and his farming machete that made him stop.”

Nathalie continued to share stories with her followers about her experiences.

She continued: “The countless times of having my a**e grabbed or a hand up my skirt.

“When I was like 21, two young teenage boys put their hands up my skirt… it was only when my boyfriend at the time found them and reprimanded them that they stopped finding it funny. I was humiliated. 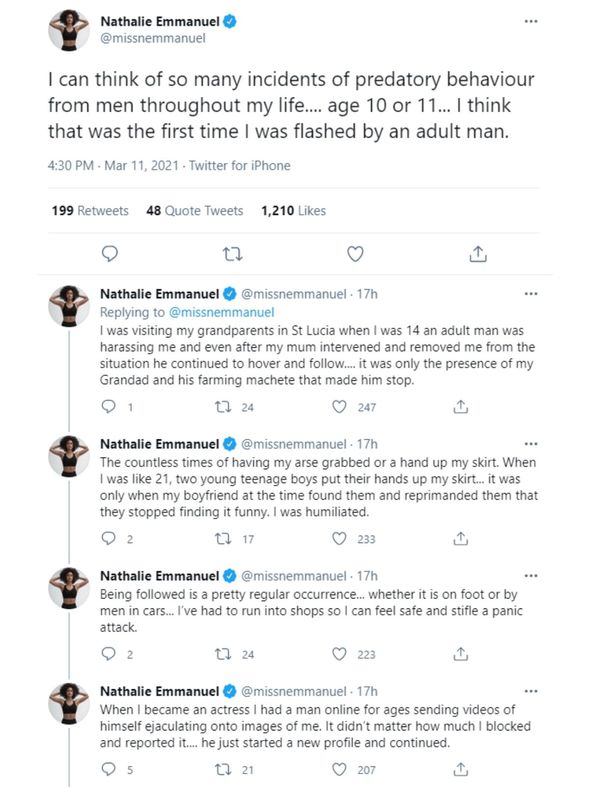 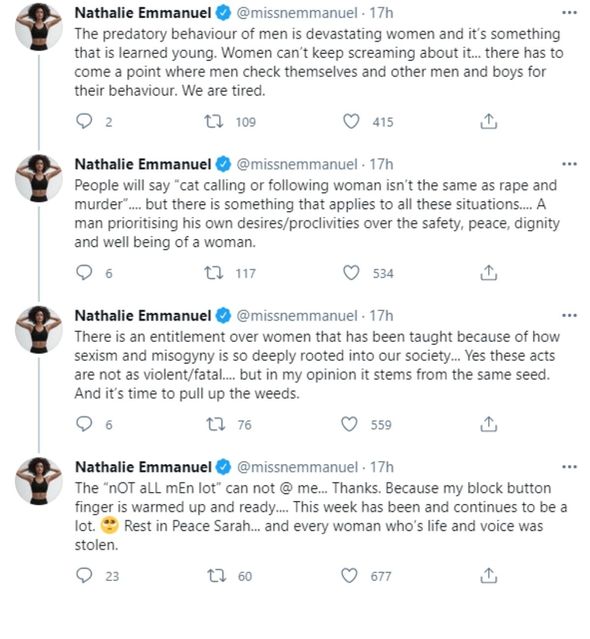 “I’ve had to run into shops so I can feel safe and stifle a panic attack.”

The star, known for roles in Hollyoaks and Fast and the Furious, also spoke about another experience after she became an actor.

Nathalie added: “I had a man online for ages sending videos of himself ejaculating onto images of me. 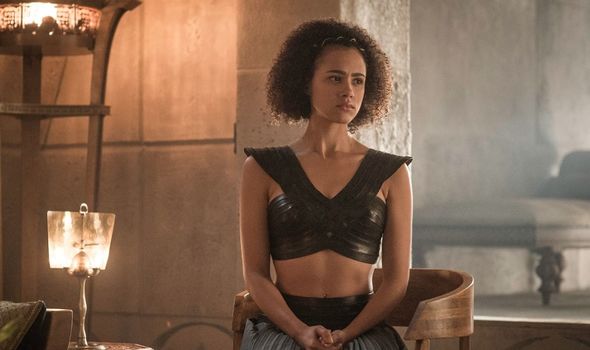 “It didn’t matter how much I blocked and reported it…. he just started a new profile and continued.

“The predatory behaviour of men is devastating women and it’s something that is learned young.

“Women can’t keep screaming about it… there has to come a point where men check themselves and other men and boys for their behaviour. We are tired.

“People will say ‘cat calling (sic) or following woman isn’t the same as rape and murder’…. but there is something that applies to all these situations….

“A man prioritising his own desires/proclivities over the safety, peace, dignity and well being of a woman.

“Yes these acts are not as violent/fatal…. but in my opinion it stems from the same seed. And it’s time to pull up the weeds.

“The “nOT aLL mEn lot” (sic) can not @ me… Thanks. Because my block button finger is warmed up and ready…. This week has been and continues to be a lot.

“Rest in Peace Sarah… and every woman who’s (sic) life and voice was stolen.”

Nathalie was one of many women sharing their experience on social media in the light of the Sarah Everard case.

The 33-year-old was last seen on March 3 in Clapham, London.

A Met police officer is currently being questioned on suspicion of murder and kidnap after human remains were found in the search for her.

Many of Nathalie’s followers thanked her for using her platform to speak about her own experiences.

One replied: “So very sorry that happened to you.”

“There aren’t enough words which can assuage your pain and anguish,” wrote another.

“But your words have strength to empower others to respond in such situations.”

A third wrote: “I hear so many of these stories, Its (sic) so hard to know what to say or do, other than offer an e-hug and unconditional support for making the world a safer place for women.”