Gabby Barrett and Cade Foehner are an ‘American Idol’ success story — not only do they both have flourishing country music careers, but they fell in love on the show.

Gabby Barrett and Cade Foehner‘s love story is like something out of a rom-com! The pair met in 2018 when they were thrust into the spotlight on Season 16 of American Idol. Although Gabby insists it wasn’t love at first sight, they got to know each other throughout filming, and their relationship quickly went from strength to strength. In 2019, Cade popped the question and they said their “I do’s” just a few months later. Now, with a number one single under her belt and a baby on the way, Gabby has cemented herself as a rising star on the country music scene. Look back at the timeline of her relationship with Cade!

First Meeting On ‘American Idol’ In 2018

I could sing to you for a thousand years and I could write a million songs about how you affect me. You move me woman.

Although the couple began dating quite soon after they met on the set of American Idol, Gabby told Ryan Seacrest it was a “slow burn”. While the TV host insisted he “felt like it was love at first sight” Gabby explained, “it took a little bit longer. But it definitely came with time.” She also told PopCulture that she, “had to get to know him first. So the thing was, I saw him originally. He has a really cool look, my husband … He has lots of hair, just [a] super-cool rocker dude, and I wanted to make a video with him of us singing together. And so I initiated it.” She added, “I didn’t think he liked me at first but then he texted me, and I was like, ‘Oh, I see what’s going on here.’ So it was a mutual thing, but I went after him first.” Cade was eliminated in the Top 5 while Gabby placed third, however this wasn’t the end of their romance. 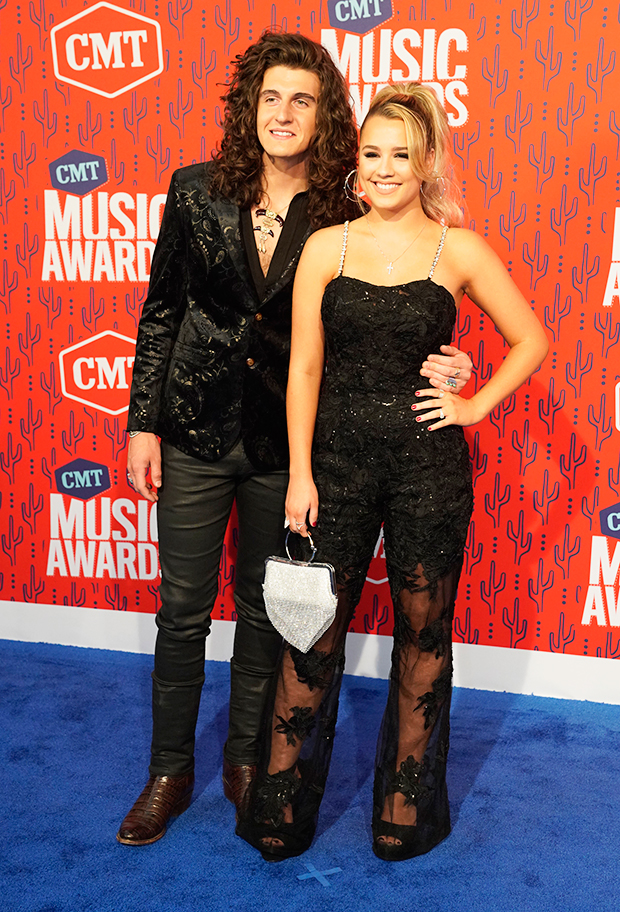 Cade officially got down on one knee in March 2019, less than one year after they began dating. “I’ve been thinking about proposing for quite a while,” Cade told People at the time. “It’s getting harder and harder to be apart. Doing all the traveling we have to do, sometimes we have to go a month without seeing each other. That’s a little much for me, so I decided to go ahead and do this thing.” He proposed during a trip to Los Angeles in a hotel where the pair hung out in the early days of their relationship. “Cade starts saying all these sweet things and I didn’t think anything of it because he normally does it all the time,” Gabby explained. “But I noticed he kept going on and on and then he eventually said, ‘I want to spend the rest of my life with you.’ Then he got down on one knee and he asked and I said, ‘Yes!’”

An Intimate Wedding In Texas 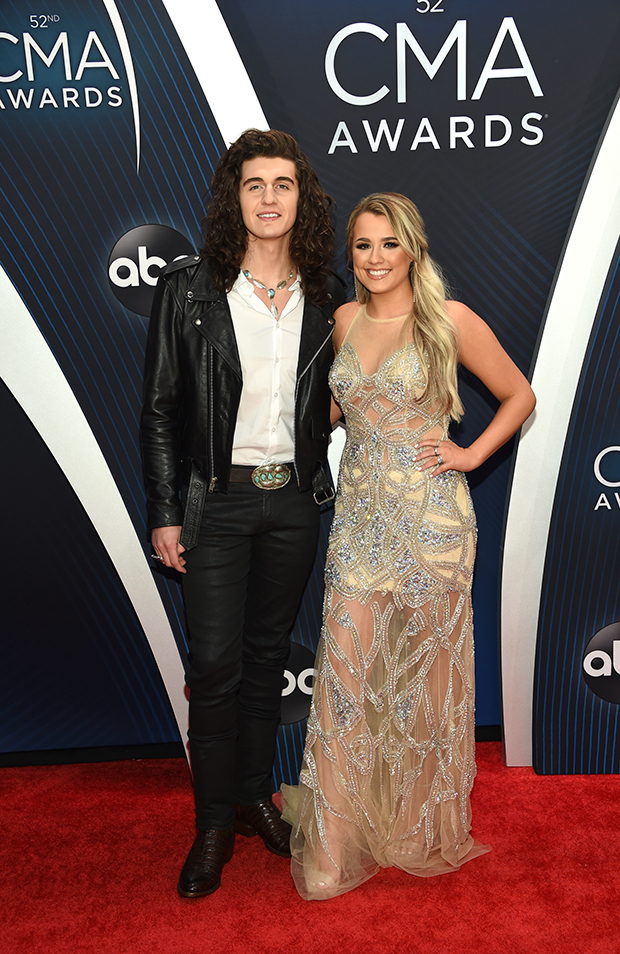 The American Idol sweethearts wasted no time making their way to the altar. They wed in an intimate ceremony in Garrison, Texas on October 5, 2019. The couple revealed the news on their respective Instagram pages the morning after. In a photo posted on their accounts, they gazed lovingly at each other while Gabby looked exquisite in an off-the-shoulder lace, ivory gown. Her blonde hair was pulled up into an elegant chignon — which you can see here. 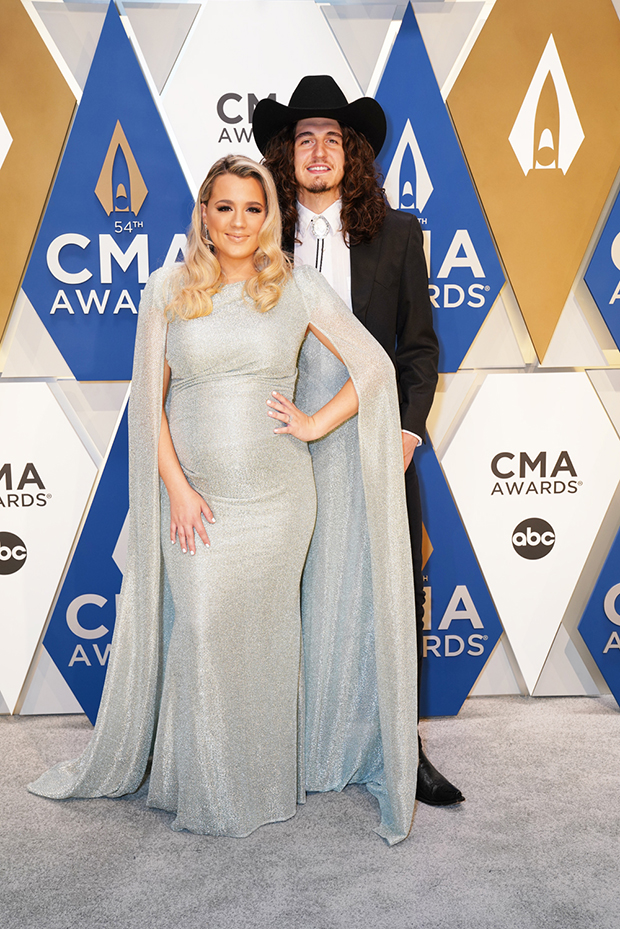 The couple revealed in August 2020 that they will soon be a family of three! “We are very excited,” the country singer told PEOPLE in their August 16 announcement. “The Lord has blessed us with a little one, and we’re really excited to finally be able to share the news with everybody and just have a big old family celebration about it.” The reality TV stars will welcome a baby girl in April 2021. “We were really excited whether it was a boy or a girl. I always wanted a girl growing up, as well as a boy, so to have a girl first is just really exciting. I hope she gets his hair — definitely not mine.” 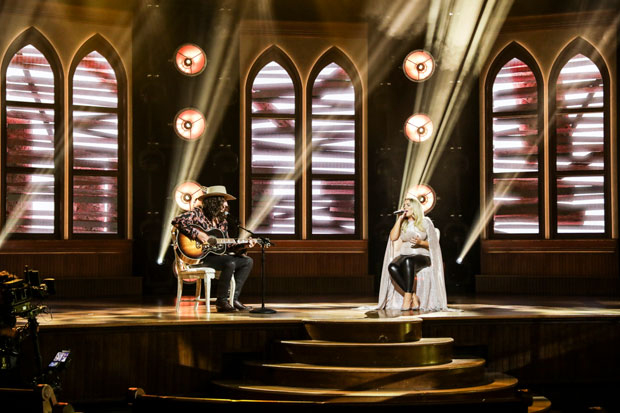 The parents-to-be made headlines throughout the 2020 country music awards season, taking the stage together to perform Gabby’s chart-topper “I Hope”. At the Academy of Country Music Awards on Sept. 16, Cade couldn’t take his eyes off the expectant mother during the acoustic rendition of the song. He also took the stage with Gabby at the Country Music Association Awards for her duet with Charlie Puth. While the pop star played piano and accompanied Gabby on vocals, Cade played guitar in the background. Talk about a talented couple!