Erica Mena and Safaree Samuels have not shown their daughter’s face on social media since her Feb. 2020 birth…until now. Amid divorce rumors, Erica has posted the first full photo of their cutie Safire.

As rumors continue to swirl about the status of ​Safaree Samuels and Erica Mena‘s marriage, she’s looking at the best thing that happened to her in 2020 — becoming a mom to their precious baby girl. The 32-year-old Love & Hip Hop: New York alum shared the first full photo of daughter Safire Majesty on Nov. 4. Prior to this, Erica and Safaree had not shown any pictures of the little one’s face on social media since her Feb. 2, 2020 birth. Safaree teased on Oct. 27 how gorgeous their baby girl is, but Erica beat him to the punch in proving it.

Safire could be seen in a leopard prink long sleeve top and leggings, and wore a matching headband with a bow around her soft, curly locks. The little one has beautiful big brown eyes that looked so expressive in the photos, along with enviable long eyelashes. Safire is already rocking some bling, as she had diamond studs in her pierced ears.

“The BEST part of 2020. My Safire Majesty,” Erica wrote in the caption. After Safaree has been hinting at a possible divorce, it seemed that she might have been wanting to be the first to share a photo of their precious daughter. The 39-year-old rapper tweeted on Oct. 27, “I can’t wait for y’all to see my daughter 1 day…. she is SOOOOOOOO BEAUTIFUL ADORABLE CUTE…. unreal!! I know alll dads say this but she is irresistible‼️” Safaree was definitely not exaggerating about how gorgeous his only child is.

Erica’s mention about 2020 also could have been a play on words from what Safaree wrote in an Instagram post just five hours earlier about becoming a “Bachelor.” He posted a photo flexing next to a flashy orange and black whip while lifting back his jacket to show his ripped abs. “BACHELOR!! Ending 2020 right!!” he wrote in the caption. Bachelor? Is that how he really wants to play things with Erica? 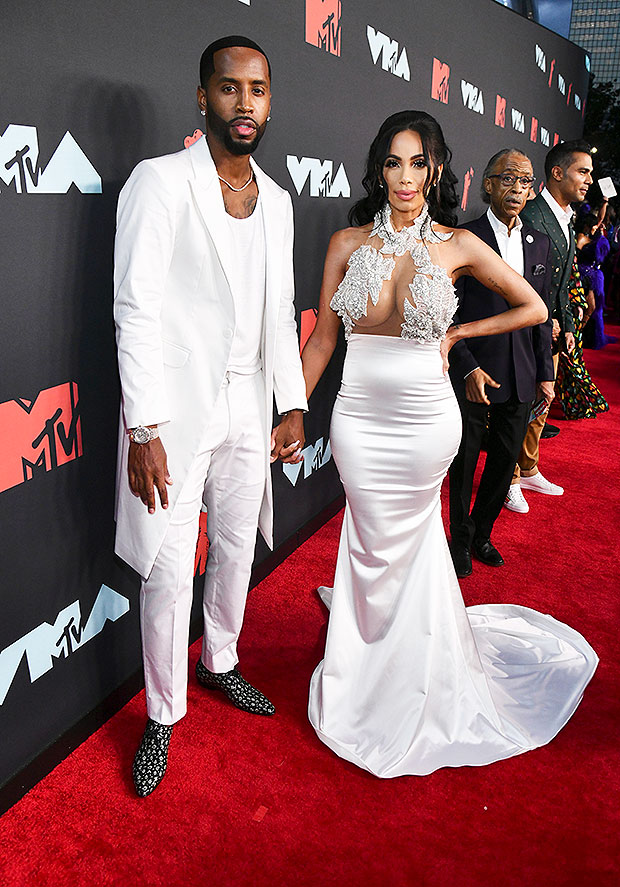 Erica had seemed to hint there was trouble in the marriage with a cryptic IG post on Sept. 22. She wrote, “MY Kids. This is what my life is about! Priorities be really f**ked up for some people. Blessed I’m not one of those idiots.” In addition to Safire, Erica has a 13-year-old son King Conde by former boyfriend and hip hop’s Terror Squad member Raoul Conde. By that point, Erica and Safaree had unfollowed each other on social media, which is never a good sign. The couple got married on Oct. 7, 2019, just after announcing Erica’s pregnancy.