Dolly Parton is getting her own comic book.

The country music star, 75, will be featured in the TidalWave Comics’ “Female Force” series which celebrates inspirational women.

According to the press release, the 22-page Parton edition will be released on March 31, in print and digital formats.

The comic is written by Michael Frizell with art by Ramon Salas.

“We’ve found a niche with our bio comics,” said TidalWave publisher Darren G. Davis. “Our success with this comic shows that there is a much wider audience for sequential storytelling than many have thought. These readers are simply looking for something other than superheroes. With our bio comics, we strive to bring these new readers evenhanded, well-researched looks at some of their favorite celebrities.” 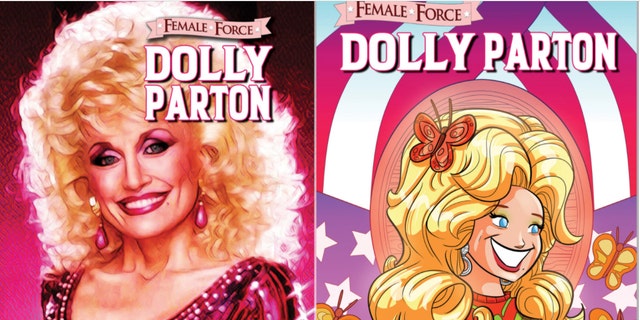 Frizell added, “Writing about Dolly was a joy. I’m thrilled with the expressive way the artist visualized the pages. The book feels timeless. Her creativity, philanthropy, and humanity are legendary.”

Parton is one of the most iconic singer-songwriters in music history. She won 11 Grammy Awards and sold more than 100 million records.

The star is also known for her philanthropic work. She started Imagination Library in her home state of Tennessee to improve children’s literacy and promote education.

Parton also founded the Dollywood Foundation in 1988 and in 2020 donated $1 million to the Vanderbilt University Medical Center which helped create the Moderna COVID-19 vaccine.