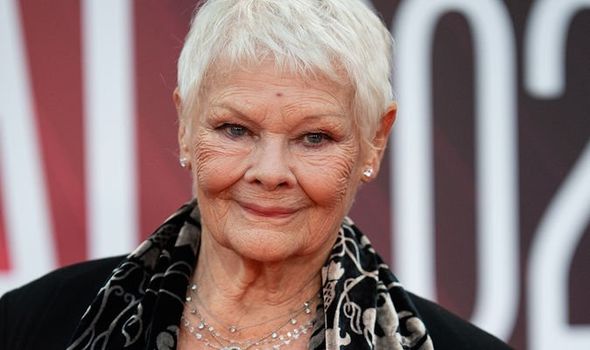 Some 925 organisations will share the £107million pot thanks to Culture Recovery Fund grants.

The taxpayer-funded subsidies come from £300million announced earlier this year – and bring the total support for culture during the pandemic to £2billion.

Dame Judi, who won an Oscar for her portrayal of Queen Elizabeth I in 1998 film Shakespeare in Love, is patron of Omnibus Theatre in South London. An £86,000 emergency windfall will keep the venue going through winter after successive lockdowns dealt it a hammer blow.

The 86-year-old said: “Small theatres such as Omnibus are the lifeblood of our industry and this funding will be vital in continuing their brilliant work.”

Derby Theatre, Wigan’s Arts at the Mill, Newcastle’s Little Inventors and Little Angel Theatre in Islington, London – which specialises in puppetry – are some of the theatres sharing £30million earmarked to ensure plays and Christmas pantos can go ahead.

Little Angel’s patron, actor Clive Owen, 57, said: “I’m incredibly happy. This theatre is very special and has been important to my family for many years.”

Among the organisations receiving emergency support for the first time are Arty-Fact Theatre in Nantwich, Cheshire, which will be handed £32,000, and The Charles Causley Trust in Cornwall which gets £95,000.

Funding will also keep projectors rolling in cinemas, with 62 receiving more than £6million via the British Film Institute. Mike Leigh, 78, the Bafta-winning writer and director of Vera Drake, Secrets & Lies and

He added: “Growing up in North Salford in the 1940s and 1950s, there were 14 local independent cinemas within walking distance of our house… everybody went to the pictures – it was a vital part of community life. It still is, and it must remain so – which is why the support for independent cinemas is of such vital importance.”

EXETER CATHEDRAL: £566,000 – The heritage of the cathedral is recognised by statute. Its architecture and treasures are of international importance, including stone carvings, rare wall paintings, stained glass and the longest vaulted ceiling in Europe.

DIVERSE CITY: £69,940 – This award-winning Dorsetbased theatre organisation is committed to equality and diversity and works with communities across the country. It champions inclusivity and access. Extraordinary Bodiesis an integrated collaboration between Diverse City and Bristol circus outfit Cirque Bijou.

LITTLE INVENTORS: £35,200 – This creative education organisation in Sunderland was founded in 2016 and focuses on young people with social challenges and low engagement, using cultural and creative activity. The cash will fund staffing and running costs, which will allow it to continue to deliver its services to local youngsters.

KESWICK ALHAMBRA CINEMA: £84,782 – Opened in 1914, the Lake District venue is one of the oldest continuously running cinemas and serves a rural audience and tourists. Its programming includes live events and foreign language and locally relevant films.

BATH PRESERVATION TRUST: £444,900 – A major player in the tourism industry, it owns and runs museums and educational activities including No 1 Royal Crescent Museum of Bath Architecture, Beckford’s Tower and the Herschel Museum of Astronomy.

What is happening where you live? Find out by adding your postcode or visit InYourArea

When I was 12, I was taken by a charity to the Everyman Theatre in Liverpool. I’d never stepped foot in a theatre before. Like too many people from my background, I thought the arts weren’t for me.

I didn’t even know things like that existed – that there were families who liked the theatre or art or the ballet and who had passed that down to their children.

How wrong I was. As I watched the Canterbury Tales, the 12-yearold me was absolutely entranced.

My whole world opened up – I became obsessed with drama at school and I’ve loved a good play or show ever since. Culture changed my life.

And so that’s why this Government has dedicated a huge amount of hard-earned taxpayers’ money – an unprecedented £2billion – to protect our arts and heritage from the pandemic.

Theatres, museums, galleries and live music venues must be for everyone, not just a lucky few.

Many of these organisations wouldn’t be standing today without our emergency Culture Recovery Fund. And as venues reopen their doors, I want them to make sure those doors are wide open for everyone – no matter who they are or where they come from.

Today I am announcing the latest chunk of that emergency cultural package, with over £100million going to 925 organisations to help them to recover from Covid.

That money is going to every corner of the country. To the Derby Theatre, and Arts at the Mill, Wigan, to the Little Inventors in Newcastle who provide workshops to young people from disadvantaged backgrounds.

And to places like the Young Vic, which I visited this week. It does so much to help thousands of young people in the area – offering free tickets and encouraging new faces to get involved in every part of the process. I spoke to some people on the Young Associates’ Scheme – which gives locals paid opportunities to build skills, from costumes to scriptwriting. You could see the passion on their faces as they told me what the Young Vic meant to them.

That’s what levelling up is about.

It’s not just about economic forecasts. It’s about opening up lives so people are offered the same opportunities – regardless of their postcode or surname.

A few years after I went to the Everyman, my drama school teacher gave me some potentially life-changing news. She’d arranged an audition for me at a drama school in Liverpool. It was one of those defining moments. I could see a whole new path opening up in front of me. But I missed the audition because I couldn’t afford the bus fare.

I don’t ever want someone to miss out on an opportunity like that because of a bus fare. That’s why I’m supporting the arts and why I’ll be pushing them to get more people from disadvantaged backgrounds through their doors.

The arts are for everyone – and thanks to the Culture Recovery Fund they are ready for us all to enjoy.