Chrissy Teigen now has some stunning ink running along her spine, and the tattoo has a seriously sexy meaning! See the first gorgeous pic of her new art.

Chrissy Teigen is no stranger to getting inked. The Cravings author, 35, just added another piece of art to her collection, she revealed on Instagram: a line from one of husband John Legend‘s songs, intricately written along her spine. Her trusted tattoo artist, Winter Stone, posted a photo of his work on January 12, a gorgeous black and white shot of Chrissy’s bare back.

In the beautiful photo, which you can see above, Chrissy is holding her hair out of the way to show off the tattoo, which reads “Ooh Laa” in John’s own handwriting. “What a blessing to honor Chrissy with this ooh laa tattoo down her spine! John wrote this sexy song for her so naturally she should have it tattooed on her right?!!!” Winter Stone captioned the post.

Chrissy posted a video to her own Instagram (Watch HERE) showing herself getting inked, set to “Ooh Laa.” They’re not kidding; the lyrics to John’s new song are seriously NSFW, and they’re all about Chrissy. In her video, John teases her while she’s recovering from getting the tattoo done. “Tell everyone about the first time you heard this song,” he says to Chrissy, expectantly, as she confesses that she doesn’t remember. “It was in our bedroom,” he replies, as she tries not to laugh. 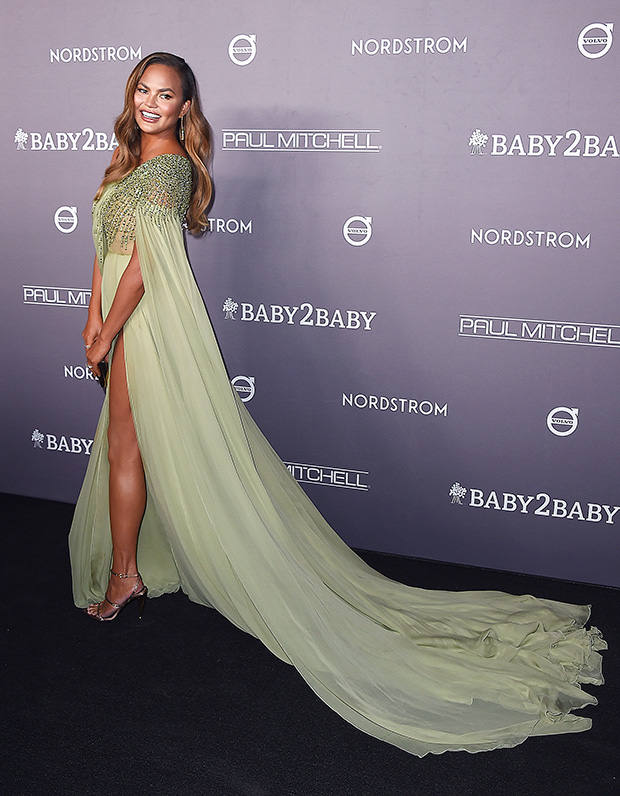 “We had to test run it. Make sure it worked. It worked. We actually played it on repeat the first time. It was a good… conversation starter,” John comments as Chrissy rolls her eyes. Yes, we all get what he’s trying to say!