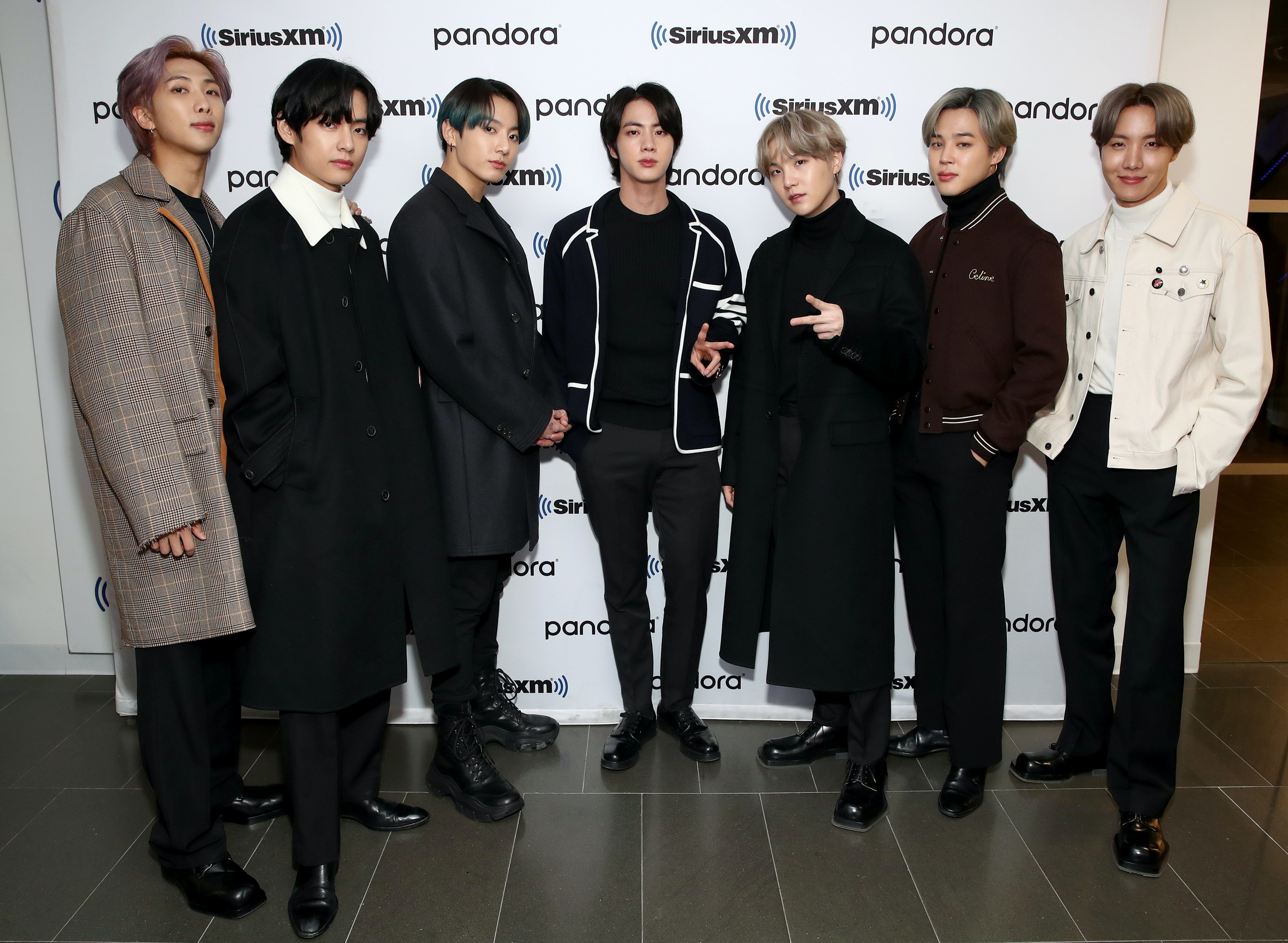 Let’s throw it back for a second: BTS has given a new meaning to virtual concerts because their October 2020 Map Of The Soul ON:E performance was totally epic. The guys really went all out for this event and one of the most exciting parts of the night was learning BTS’ Map Of The Soul ON:E setlist. Throughout the whole show, ARMYs were on their toes wondering if their favorite songs would make the lineup. Of course, BTS included their biggest hits, but they also debuted tracks from Map of the Soul: 7, which were initially supposed to be performed on their 2020 tour.

BTS’ Map Of The Soul ON:E virtual concert came months after the group live-streamed BANG BANG CON: The Live on June 14, 2020. The show reached a peak of 756,600 concurrent viewers in 107 countries and territories, breaking a Guinness World Record for the biggest audience for a paid virtual concert. According to Variety, attendance was the equivalent of 15 shows at a 50,000 seat stadium.

With how amazing BANG BANG CON: The Live turned out, ARMYs had even higher expectations for Map Of The Soul ON:E. "We have prepared never-before-seen stages and various setlists for fans who must have felt disappointed by the cancellation of offline concerts due to COVID-19. Some songs will also be given variations across the two days," Big Hit Entertainment teased ahead of the event.

Let me tell you, BTS did not disappoint. The group incorporated huge physical stages and AR and XR technology to give fans an unforgettable experience for each of their performances. Not only that, but BTS gave fans the setlist of their dreams, spanning hits from throughout their years of success.

Check out the full setlist from BTS’ first day of Map Of The Soul ON:E below.

The first song on the docket on Oct. 10 was "ON," which had some fans noticing tattoos on J-Hope, though it was unclear if they were real. Afterward, the boys played "N.O." before performing "We Are Bulletproof Pt. 2" and "Intro: Persona."

Their next track was "Boy In Luv" and it was hard for fans not to notice Suga’s exposed forehead, which is a rare sighting – so much that there’s a YouTube video dedicated to the moment. The boys went on to perform a remix of "Dionysus" before playing "Interlude: Shadow" and "Black Swan." In "Black Swan," Jimin and Jungkook wore sheer shirts and Jimin’s dance solo was a highlight of the performance.

After the incredible dancing in "Black Swan," ARMYs got the first-ever full performance of "Ugh!" and it featured a virtual boxing ring:

Next, BTS performed "Zero O’Clock," and then launched into a string of solo performances for "My Time," "Filter," "Moon," and "Inner Child," the last of which involved a baby version of V on a carousel:

The boys rounded out the night with the tracks "Ego," "Boy With Luv," a virtual reality take on "DNA" and its music video, "Dope," "No More Dream," "Butterfly," and "Run." The final two songs were "Dynamite," where fans got to see Jimin cry near the end, and "We Are Bulletproof: The Eternal."

Fans were so happy at the mix of old favorites from BTS and new tracks off their February 2020 album MOTS: 7:

TBH, it was hard to imagine BTS topping the combo of fan-favorite songs, but day two included even more surprises. Instead of "Butterfly" and "RUN," BTS performed "Spring Day" and "IDOL."

BTS has been performing "Spring Day" more these days due to its message of having hope during tough times. The song also has lyrics about missing someone you love, which is a perfect message for BTS and ARMYs, who miss seeing each other on tour.

Since then, BTS has put on another BANG BANG CON for ARMYs. Their latest event, which streamed for free on April 17, 2021, compiled some of BTS’ best performances before the pandemic so fans that could enjoy the concerts from the comfort of their very own homes. A day after the show aired online, Big Hit announced it got a record number of 2.7 million simultaneous viewers.

Fans hope BTS has another virtual concert soon because they’ve yet to perform a few of their tracks from their November 2020 album, BE (Deluxe Edition), live. With rumors of another BTS comeback happening in May, it seems more likely than ever fans could get another concert some time this summer. If so, the tracklist would probably include a mix of BTS’ most memorable songs, like "Dynamite" and "Boy With Luv," as well as their newest tracks like "Life Goes On" and "Telepathy."

This article was originally published on Oct. 10, 2020