Congratulations to Azealia Banks! The controversial rapper announced that she and conceptual artist Ryder Ripps are getting married and — that she’s also ‘Jewish’ now?

Azealia Banks announced on Monday (Feb. 22) that she was engaged to Ryder Ripps, and she shared the news in a way you’d expect Azealia Banks to share it. “I just got engaged, k-nts,” she captioned the Instagram photo of her engagement ring. Instead of a massive diamond or some other glittery jewel, the 29-year-old rapper wore a golden ring bearing a menorah. Apparently, the engagement announcement also doubled as Azealia announcing her conversion to Judaism. “I’m Jewish now. MAZEL TOV BITCHES! WE IN HERE…. YERRRRRRR.”

She also shared scenes from the proposal – with Ryder down on one knee – to her Instagram Story. “My bb,” commented Ryder on the post. He also shared a picture of her hand, with the engagement ring, to his account. Their friends and fans celebrated the news. “Congrats,” commented streetwear designer Guillermo Andrade. “Congratulations [heart emoji x 3],” added Sky Ferreira. Solomon Ray, Paperboy Prince, Kilumantii, and others all filled the comments section with love and heart emojis. “Can’t wait to see the freakum dress at the wedding,” wrote one fan. “congratulations boo!!!” added another.

So, who is Azealia’s fiancé? Ryder is a conceptual artist/graphic designer who, according to a LinkedIn account attributed to him, is the current Creative Director at OKFocus. Ryder has also worked with some pretty big names, most notably, Kanye West. When Kanye went on one of his many philosophical Tweet-sprees during 2018, one of the screenshots he shared was a conversation with Ryder, per Vice’s imprint, GARAGE. At the time, Ryder couldn’t comment at length about his relationship with West, telling GARAGE that, “I can confirm that Kanye and I worked together at Donda.” 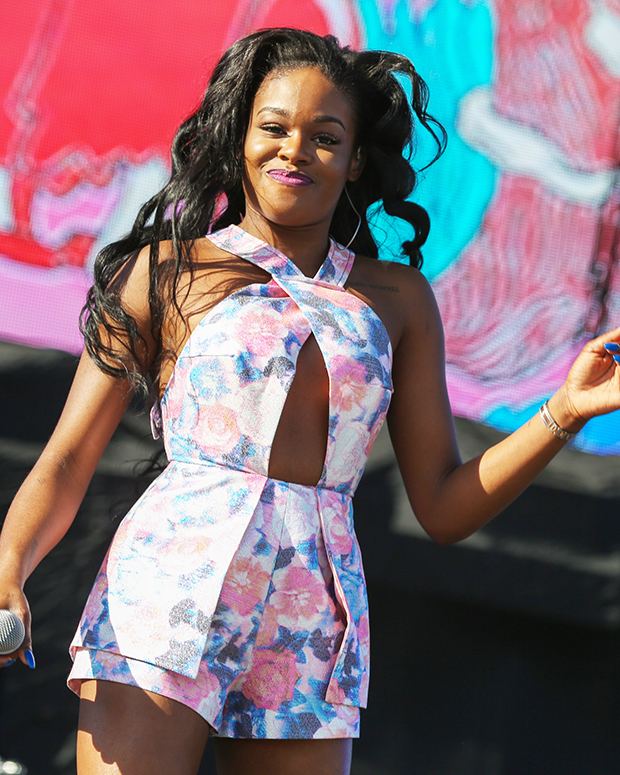 Ryder’s work with another big-name artist might explain how he and Azealia connected: he designed the album art for Miss Anthropocene, the 2020 album by musician Grimes. Azealia claimed in 2018 that she had been invited over to one of Elon Musk’s properties to work on a song with Grimes. “I waited around all weekend while grimes coddled her boyfriend for being too stupid to know not to go on Twitter on acid,” Banks wrote on Instagram, per Vox, concluding that “it was probably some weird threesome sex sh-t to begin with.” Banks issued – and deleted – a public apology, and the feud seemingly continued into 2019, when Banks hinted that she was writing music slamming “a wealthy technocrat,” per DAZED.

In addition to designing Grimes’ album art, Ryan also designed the minimalist packaging for Soylent’s “food bar.” He also had a 2014 art installation for called ART WHORE, where he took $50 to “pay ‘sensual masseuses’ from Craigslist to draw for him, in order to illustrate the point that he was ‘being exploited as an artist.’” Recently, Ryder came under fire for claiming he was the artist who redesigned the CIA’s new logo and website, per Artnet, but that was a hoax.

“Social online platforms are games that are played within the attention economy,” he told the publication in an email. “Authorship and sincerity are murky as is. Before I put it in my portfolio, people on Twitter were already asserting that I had made the CIA’s rebranding, why not take their fantasy further and say I made it?”