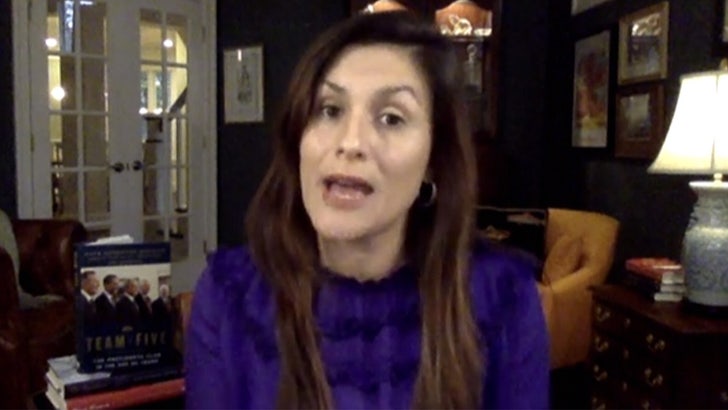 Author Kate Andersen Brower is shedding some light on the frustrations Michelle Obama felt while she was First Lady … something the former Prez even admits took a toll on their marriage.

Brower — who’s written several books on The White House — describes a lunch event Michelle held early in Barack‘s first term to help launch her Let’s Move campaign … where it didn’t turn out the way she hoped.

Kate says Michelle’s initiative to fight obesity in America was overshadowed because instead … the media chose to focus on her offhand comment about her husband quitting smoking.

It was a microcosm of her tenure as First Lady, according to Brower, who says … despite Michelle’s admirable drive to make a difference in the country, she regularly took a backseat to her husband or got tied to gossipy headlines.

The author of “First Women: The Grace and Power of America’s Modern First Ladies” says it was frustrating and depressing for a modern woman like Michelle … something Barack echoes in his upcoming memoir.

There’s nothing normal about this administration though, and Brower believes the usher’s office — responsible for moving First Families — is having to work covertly.

As we first told you … the White House residence staff is already walking on eggshells around Trump, and Brower hints it could get a lot worse depending on how Trump and his Chief Usher handle things as Inauguration Day approaches.

Get your popcorn ready.