Andrew Lloyd Webber has created some of the world’s most popular theatrical productions over his near-five decade long career. His greatest hits are being shown for free every weekend on the YouTube channel ‘The Show Must Go On’. The online broadcasts aim to raise money for out-of-work actors during the coronavirus lockdown and entertain the nation from the comfort of their armchairs. Of Lord Webber’s 13 musicals, many of which have gone on to decade long runs at the West End, ‘The Phantom of the Opera’ is thought of as one of his finest works. It broke numerous records and remains the longest running show on Broadway, in the US. But in a savage blow to the theatre whizz, one of the creators of ‘Spamalot’ accused Lloyd Webber of taking all the fun out of musicals.

‘Spamalot’ is a musical adaptation of the popular 1975 British film ‘Monty Python and the Holy Grail’, which brought an amusing alternative to the fabled tables of noble King Arthur.

It was created by former Monty Python member Eric Idle as a way to bring back “silliness” and “good times” back to the theatre in 2005.

Since its on stage debut in New York that same year, CBS News reported that every performance had been sold out and tickets cost more than $100 (£80) per seat.

He believed the success lay in capturing a “rock ‘n’ roll audience” rather than typical theatre goers, which he claimed was only spurred on more since casting actor Tim Curry as King Arthur.

Eric said: “I think we started it… to bring those people back into the theatre, because the theatre’s become tedious and boring and dull.” 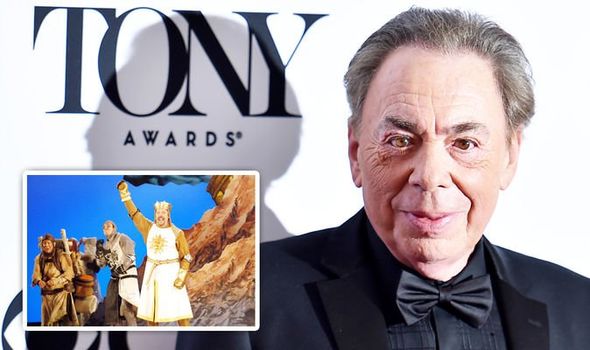 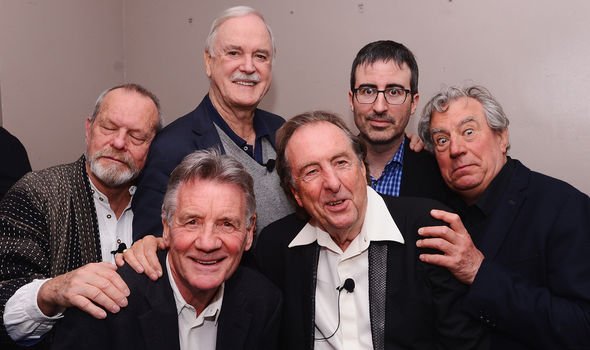 He specifically felt that the musicals creator had sapped all of the energy and fun out of shows by being too serious.

Eric said: “Because Andrew has occupied … he has been about the musical for the last 25 years. He’s taken the comedy out of it.

‘Spamalot’ was reported to have taken its name from a line in ‘Monty Python and the Holy Grail’, which it is based on. 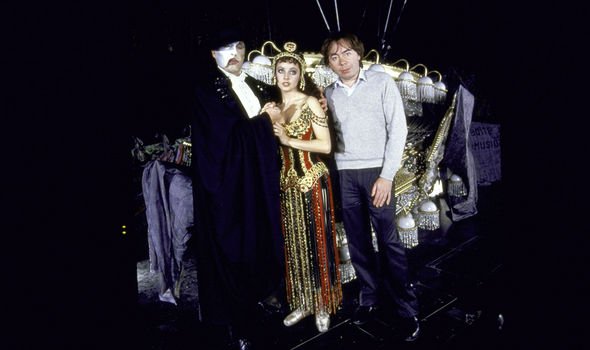 But he explained that the stars did not want the musical associated with the film – and that it must be a standalone production.

He added: “I think the Pythons were keen that we didn’t [use] the Holy Grail, so that it didn’t just look like, so that it was something different.

“It stood aside. In the original movie, there’s a line from the original song, ‘I eat – we eat ham and jam and spam a lot.'”

Deploying the comedy troupe’s typically surreal brand of humour, Eric also developed many of the lines into a theatrical production.

The group achieved cult status in the Seventies with films including ‘Monty Python and the Flying Circus’, ‘The Life of Brian’ and many more.