Will Smith and Jada Pinkett Smith 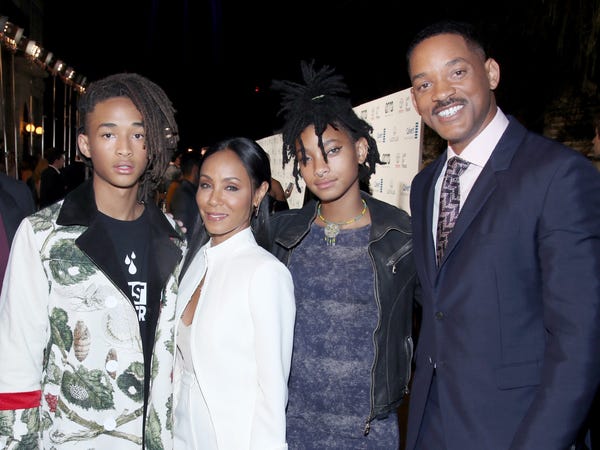 Will Smith and Jada Pinkett Smith began home-schooling their two children Willow and Jaden back in 2001.

Pinkett Smith told Essence in 2005 that they made the decision due to their extensive travel schedule, but also because they were dissatisfied with the United States' schooling system.

"The school system in this country – public and private – is designed for the industrial age," she said in an excerpt shared by People.

"We're in a technological age. We don't want our kids to memorize. We want them to learn."

Willow and Jaden are home-schooled in a system that the family call "Mystery School," where they're taught how to make records and build pyramids. Their parents also teach them how to grapple with ethical decisions, and how to settle differences with one another.

Jaden praised his parents' decision to home-school him and his sister in an interview conducted by Pharrell Williams for Interview Magazine.

He told Williams their non-traditional teaching methods allowed their creative pursuits to flourish.

"We went the extra mile on everything because there was no one looking at us," Jaden said. 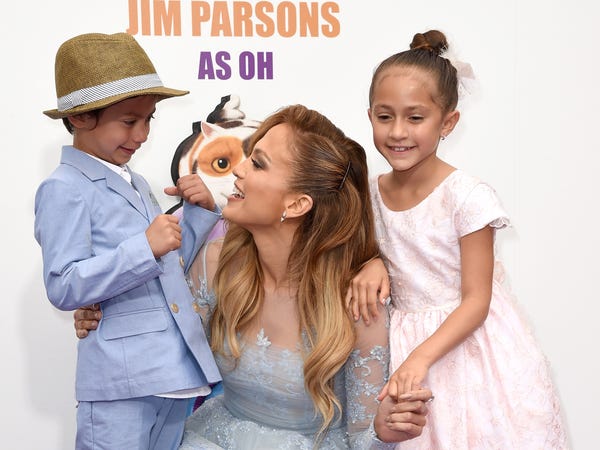 Jennifer Lopez home-schooled her twins Emme and Max — who she shares with her ex Marc Anthony — up until they were 11 years old.

Lopez told Fox 5 in 2016 that while she had received criticism for her decision, she didn't want to be separated from her children while on world tours.

"They are super happy, well-adjusted, loving, caring kids, and that's the most important thing. We will get them educated. Homeschool is great for them when we have to do it," Lopez said in an excerpt obtained by India.com.

"The most important thing is that they are with their mother — that they don't feel abandoned by a parent." 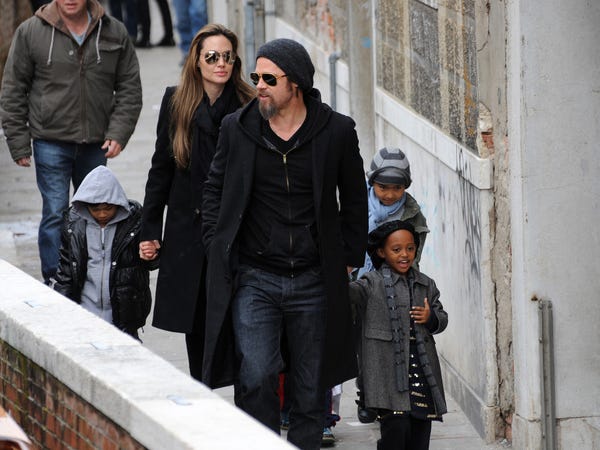 The former couple and parents of six chose to home-school their brood as they said sending them to school would interfere with their globe-trotting vacations and work schedule.

They also wanted their adopted children to learn more about their respective ethnicities, so they hired a Vietnamese speaking tutor for Pax — who Jolie adopted from Vietnam in 2007 — and a mentor with an "African background" to connect with Ethopian-born Zahra.

In an interview with The Independent in 2011, Jolie also criticized conventional schools for not being more hands-on.

"I do think we live in a different age and the education system hasn't caught up with our children and our way of life," Jolie said.

"But we travel and I'm the first person to say, 'Get the schoolwork done as quickly as possible because let's go out and explore.' I'd rather them go to a museum and learn to play guitar and read and pick a book they love." 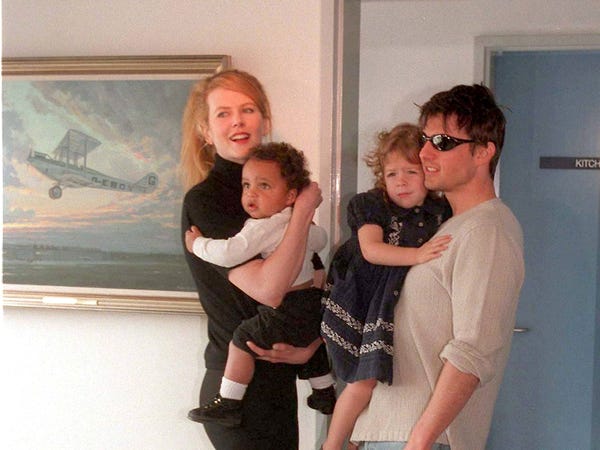 Tom Cruise and Nicole Kidman's two adopted children, Bella and Connor, were home-schooled due to their parents' busy lifestyle and their religion of Scientology.

Following their parents' divorce, Bella and Connor lived with Cruise full-time and were home-schooled by their aunt, Cruise's sister, according to the Daily Mail. 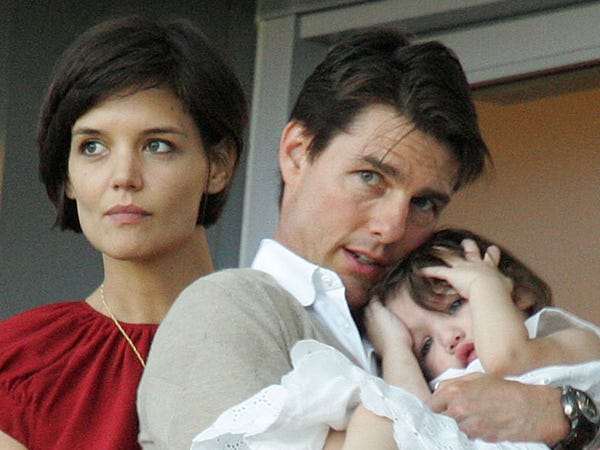 Tom Cruise also home-schooled his daughter Suri with Katie Holmes to honor his religion's beliefs — Scientology is against formal education.

Holmes spoke with New York magazine in 2010 about their decision to home-school Suri when she was seven years old, and said she liked the "one-on-one education."

"We have quite a schedule, you know? We don't say, 'When I'm working, you don't work,' or anything like that," Holmes began.

"Last year he was shooting 'Knight and Day' and I was shooting 'The Romantics,' and we'd just fly to see each other after we wrapped.

"And we homeschool Suri — she has a teacher who is with her every day. We like the one-on-one education. I'm happy that my daughter is strong-willed and determined. You really have to go with what the child is wanting." 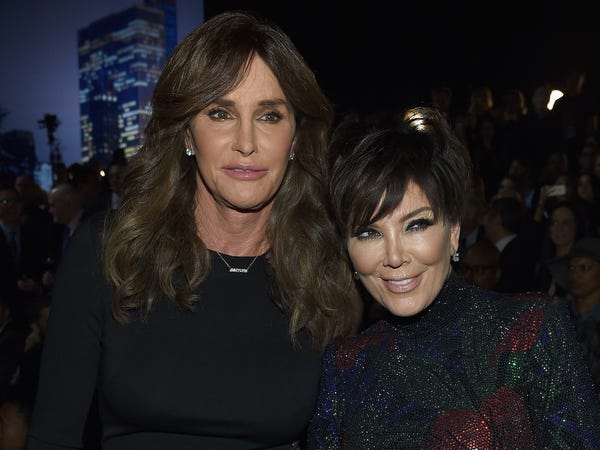 Kris and Caitlyn Jenner decided to home-school Kylie and Kendall during their final years of high school so they could forge their respective careers.

In a 2019 press release for the Novel Education (a home-schooling agency), Kris said the girls' lives were "transformed" after they left the classroom.

"They were performing poorly in school due to constantly missing classes as the regular 8 a.m. to 4 p.m. school day clashed with their budding careers," Kris said in a quote obtained by People.

"The girls also weren't able to fully be creative in the typical school setting, which kept them disinterested."

"Kendall and Kylie were able to not only choose the courses they wanted to but also create a schedule that fit with their busy lifestyles," Kris said. 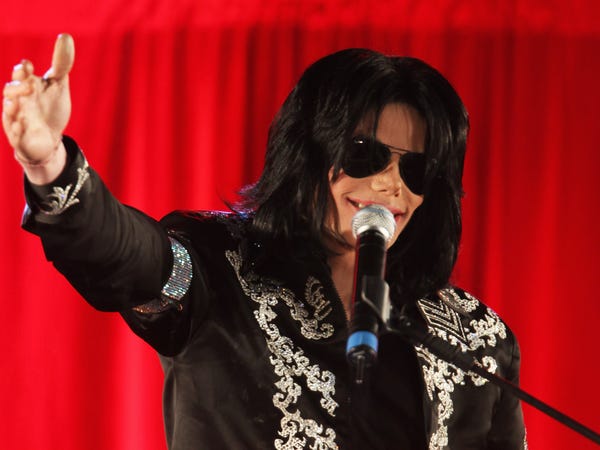 The King of Pop's three children — Paris, Prince, and Blanket — were all home-schooled while their father was alive.

In 2017, Paris opened up to Harper's Bazaar about her father being fiercely protective of them.

For the first 12 years of her life she said "the only interactions I'd ever had were with family members or other adults," due to her home-schooling.

Because of this, Paris said she "didn't have social skills. I had to force myself to learn so fast. For the past six years, I've been learning how to communicate."

Following Michael Jackson's death, his mother Katerine sent both Paris and Prince to school, while Blanket continued to be home-schooled for a few more years. 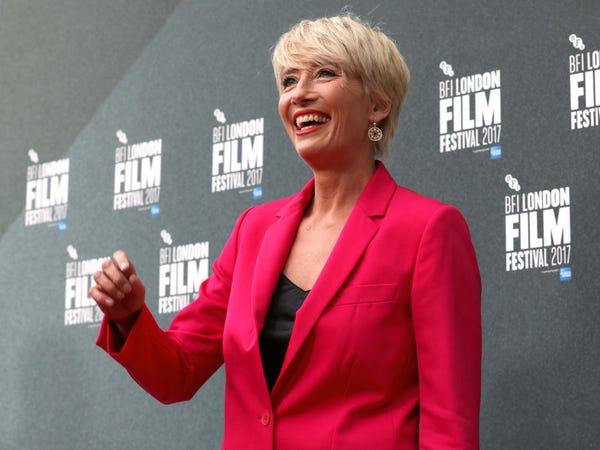 The British actress and her husband withdrew their daughter Gaia from school just before her exams when she was 15 as it "wasn't for her."

Thompson's husband, Greg Wise, told The Times in 2015 that they had built a school room for her at the end of their garden in their north London home.

"She loves learning and she's terribly focused and hardworking, but she didn't like the sausage factory of formal education. I've no argument with that," Wise said in an excerpt obtained by The Telegraph.

"Although I won't be teaching her. We've got tutors and I've built her a school room in the garden."

He also said home-schooling was a reasonable educational option these days as it allows for more flexibility and coincides with the rapidly changing career landscape. 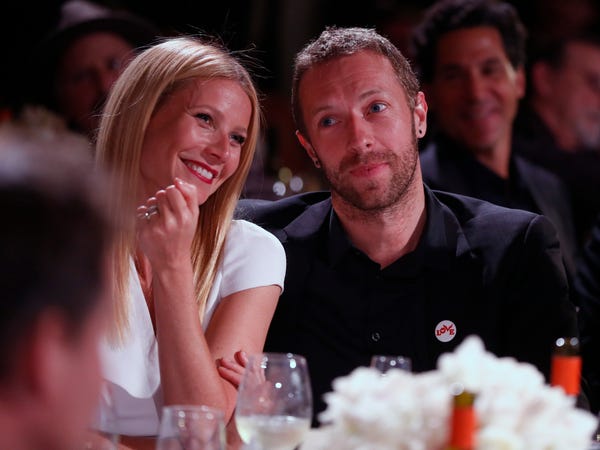 Gwyneth Paltrow and Chris Martin were reportedly unhappy with the school curriculum so they also home-schooled their two children in their north London home.

When the couple were still together in 2011, they advertised for a live-in tutor online offering £62,100 (approximately $75,000 US) per year according to the Daily Mail.

The Daily Mail said the couple wrote in the ad that the British education system "lacks traditional elements of classical thought and learning."

The tutor was expected to teach their daughter, Apple, and son, Moses, in Ancient Greek, Latin, French, Mandarin, and Japanese. They also needed to provide sailing and tennis lessons.

The tutor was required to teach them for two to four hours after school and up to seven on weekends.