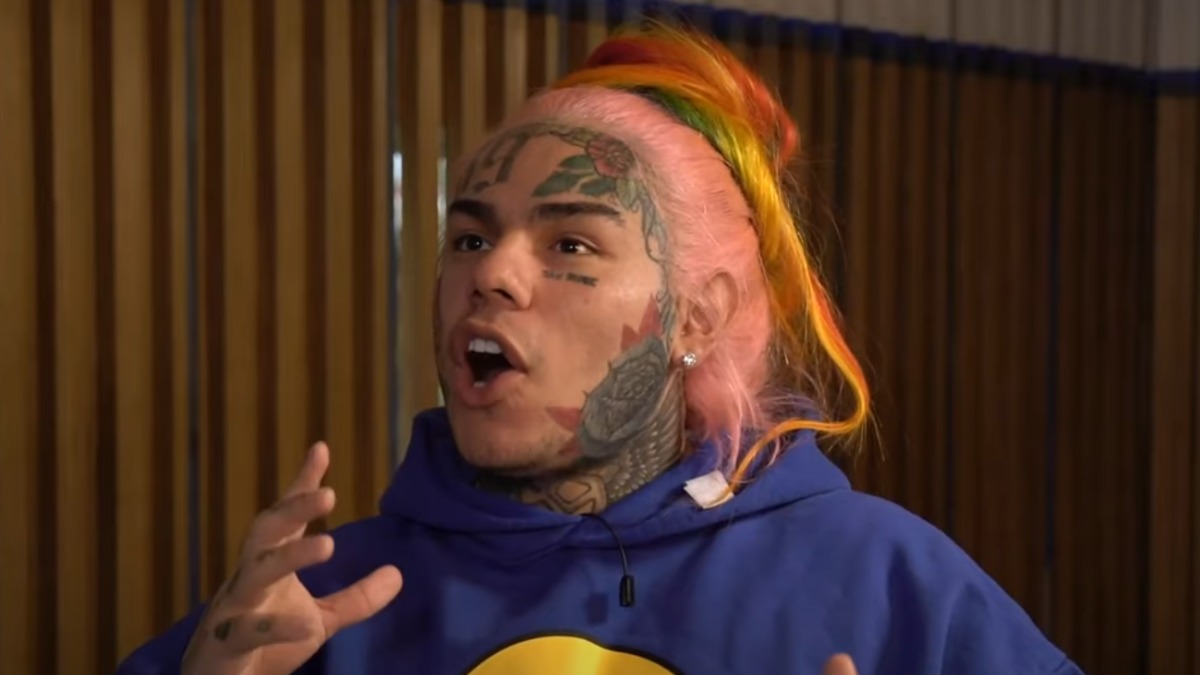 Controversial rapper Tekashi 6ix9ine is on a media tour following the release of his album TattleTales. In a new interview, 6ix9ine talks about his relationship with his baby mother Sara Molina, and how he discovered her affair with his former manager Kifano ‘Shotti’ Jordon.

6ix9ine’s media tour follows reports that he has seen a significant reduction in its first week projected sales for his second album. Tekashi 69’s album was projected to sell as many as 150,000 copies in its first week and debut at No.1. However, these projections were quickly reduced as buzz for the project waned. Recent projections report that 6ix9ine’s Tattletales will debut at No. 6 with around 45,000 copies while a more optimistic forecaster estimates up to 65,000, which would put it at No. 3.

Following his release from prison, 6ix9ine has continued to garner controversy by trolling on social media and feuding with rappers Lil Tjay, Lil Durk, and Snoop Dogg. The New York rapper was also accused of disrespecting Hip Hop icon Nipsey Hussle by visiting a memorial for the late rapper who was murdered last year.

In an exclusive interview with The Shade Room, 6ix9ine details how he discovered his baby mother and childhood sweetheart Sara Molina was having affair with Shotti.

6ix9ine tells The Shade Room that he discovered text messages between Shotti and Sara Molina after he tricked his former manager’s phone to give him access to his phone. When he confronted Sara about the messages, 6ix9ine admits to beating Sara Molina adding “I punched her in the mouth” (timestamped) after he discovered that Sara deleted flirtatious messages from her Whatsapp that he saw on Shotti’s phone.

#PressPlay: #Tekashi69 pulled a Benson/Stabler move to get access to Shotty’s phone and talks about what he found 👀 — Click the link in our bio to check out the full interview!

The Gummo rapper also added that the Feds confirmed the affair after he was in denial.

6ix9ine admits to having his own affair with current girlfriend Jade, real name Rachel Wattley, but says he was hurt by Sara’s actions due to his friendship with Shotti.

The rapper then adds that a federal agent told him that a wiretap also confirmed the affair: “I hear it from a federal agent,” the rapper says in the long-form interview.  This led 6ix9ine to confront his baby mother in front of her parents, which eventually led to a confession.