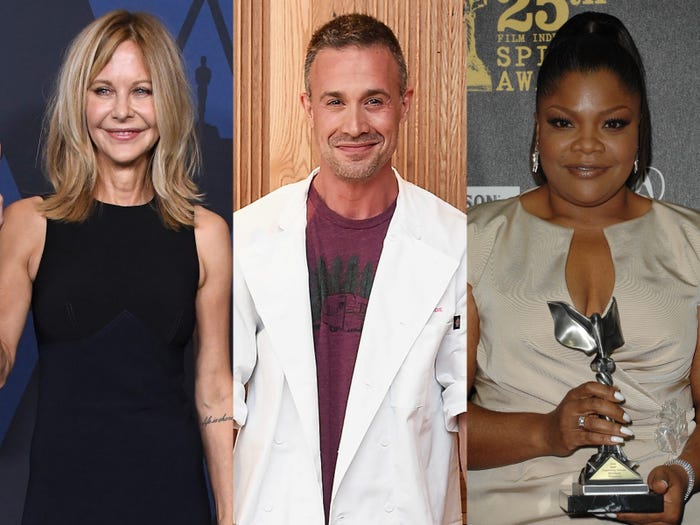 While some celebrities have achieved successful comeback stories, there are other stars who remain in obscurity.

From '90s heartthrobs to Academy Award winners, there are countless celebrities who we haven't seen on our screens for a while.

Here are actors and actresses we think deserve more screen time in 2021.

Brendan Fraser was a bonafide movie star when he appeared in "The Mummy" franchise. 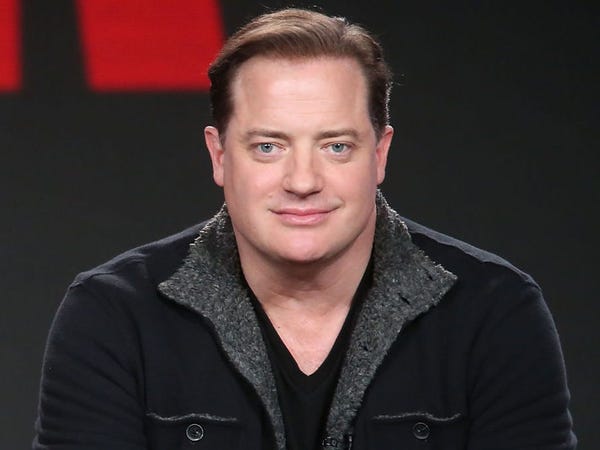 Fraser owned the '90s. It started in 1992 when he starred in "Encino Man" and "School Ties." In 1994, he appeared in "Airheads" and then "George of the Jungle" in 1997. He officially became a movie star in 1999 when he starred in the "The Mummy," playing Rick O'Connell. He reprised the role for the entire trilogy, making Fraser a household name.

Since then, Fraser has appeared here and there in TV shows like "The Affair," "Trust," and "Candor," but he has never reached the level of fame that he did in the '90s and early 2000s — we think it's time that changed.

Josh Hartnett was also beloved in the '90s. 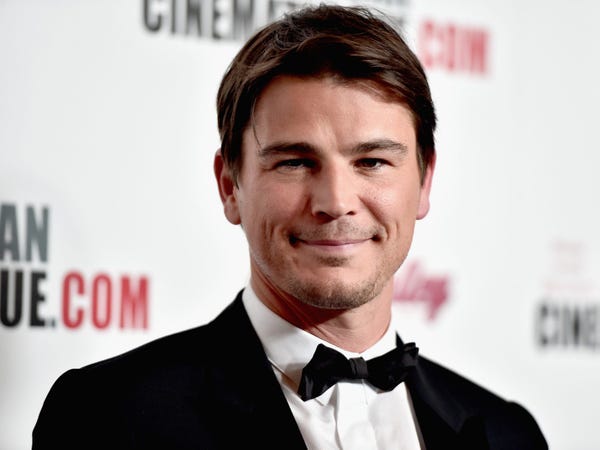 Hartnett jumped into the spotlight in 1998 when he starred in "The Faculty," but he really made a name for himself the following year in "The Virgin Suicides" opposite Kirsten Dunst. From there, Hartnett became a star, appearing in "O" (2001), "40 Days and 40 Nights" (2002), and "Wicker Park" (2004). Then he seemed to disappear.

He told The Guardian in October 2020, "People wanted to create a brand around me that was going to be accessible and well-liked, but I didn't respond to the idea of playing the same character over and over, so I branched out. I tried to find smaller films I could be part of and, in the process, I burned my bridges at the studios because I wasn't participating. Our goals weren't the same."

Since then, he said, he's been focusing on projects he cares more about. He has continued to act: In 2014, Hartnett made a minor comeback when he starred in the successful Showtime series "Penny Dreadful," but it didn't come close to the level of fame he felt during the early 2000s.

Michelle Trachtenberg was a successful child actress and we'd love to see her on our screens again. 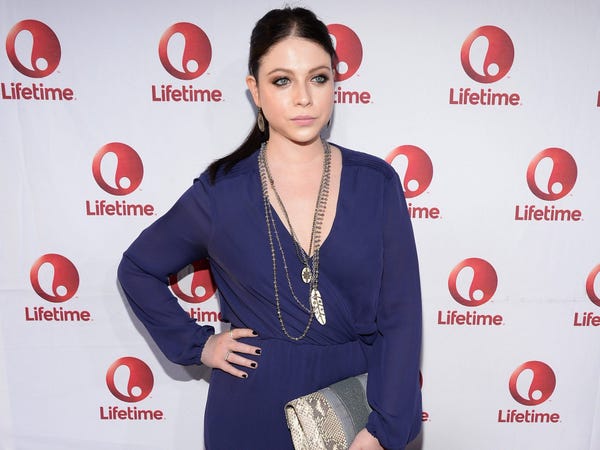 As a child, Trachtenberg appeared in "The Adventures of Pete & Pete" (1992) and starred in Harriet the Spy (1996), but her big break came in 2000 when she joined the cast of "Buffy the Vampire Slayer" as Dawn Summers. Making a career out of joining already established TV shows, Trachtenberg then took on the role of Georgina Sparks in "Gossip Girl" in 2008.

Since then, Trachtenberg has remained obscure, only lending her voice to animated series like "Robot Chicken" and "Human Kind Of."

Comedic actress Mo'Nique is due for a comeback. 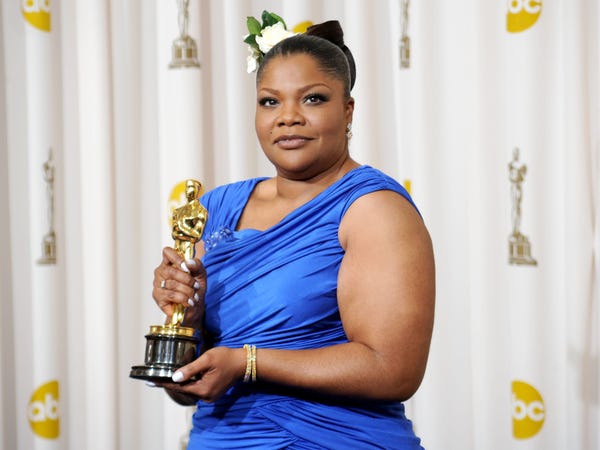 After winning the Oscar, Mo'Nique said that she felt "blackballed" by Hollywood and was not able to earn another high-profile role.

Rick Moranis was best known for "Ghostbusters" and "Honey, I Shrunk the Kids." He left retirement briefly this year, leaving us hopeful he'll make a full comeback soon. 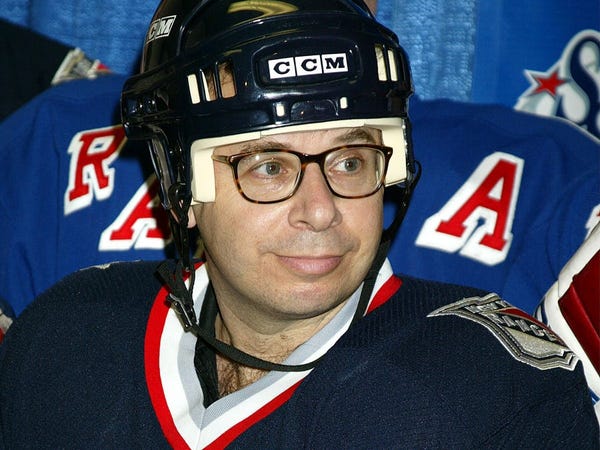 In 1984, Moranis caught his big break when he appeared in the "Ghostbusters" franchise for the first time as Louis Tully, a role he would reprise in the sequel. That same year, the actor starred in "Honey, I Shrunk the Kids," which became a hit. Moranis' role as Wayne Szalinski was brought back throughout the years in several sequels.

But in the '90s, Moranis left Hollywood to focus on raising his children after the death of his wife. Since then, he has not appeared in much, except for a few voice acting roles.

But there's hope: He left retirement briefly earlier this year to appear in a commercial alongside Ryan Reynolds. Unfortunately, he also made headlines in October 2020 when he was the victim of an unprovoked attack in New York City.

There are reports he'll return to our screens for Disney's "Shrunk."

Larisa Oleynik was popular in the '90s thanks to her show "The Secret Life of Mack." 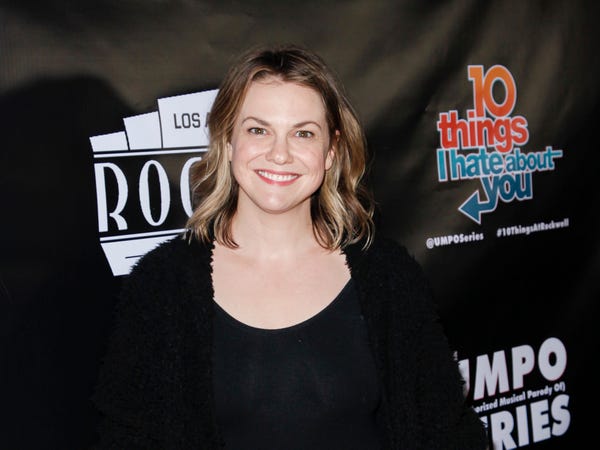 Oleynik began her role in "The Secret Life of Mack" in 1994, playing a middle schooler who develops strange powers. Beyond the hit series, the actress played the younger sister in the 1999 cult classic "10 Things I Hate About You" opposite Heath Ledger and Julia Stiles.

Since then, Oleynik has appeared in several shows, including "Pretty Little Liars," "Hawaii Five-O," and "Mad Med" for five years. More recently, she has appeared in Netflix's "The Healing Powers of Dude," but has yet to jump back into the spotlight.

The "Twilight" franchise helped launched Taylor Lautner into stardom, but we've seen less of him in recent years. 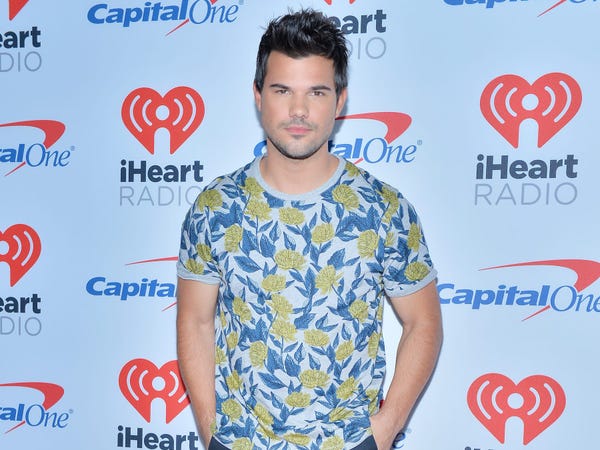 Before "Twilight," most people knew Lautner from 2005's "The Adventures of Sharkboy and Lava Girl." But that changed a year later when the actor took on the role of Jacob, the werewolf, in "Twilight." He reprised the role in the franchise's four sequels, launching him to stardom.

However, Lautner's career has quietened in recent years. While he's appeared in TV series like "Cuckoo" and Ryan Murphy's "Scream Queens," he hasn't reached "Twilight" levels of fame again.

Meg Ryan became America's sweetheart after starring in a string of hit rom-coms. 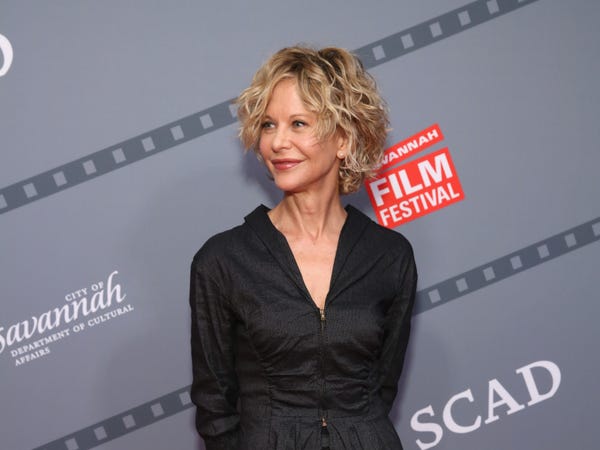 Ryan's career took off when she starred opposite Tom Cruise in the 1986 film "Top Gun." Three years later, the actress became a superstar when she played Sally Albright in "When Harry Met Sally." The film launched her into the world of rom-coms, prompting her to star in two other famous films: "Sleepless in Seattle" (1993) and "You've Got Mail" (1998).

Anthony Michael Hall was a big name in Hollywood in the '80s after the success of movies like "Sixteen Candles." 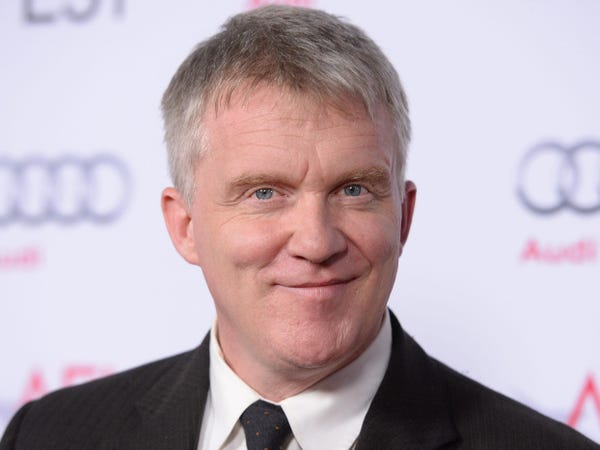 Hall catapulted into the spotlight in 1983 when he played Rusty in "National Lampoon's Vacation" opposite Chevy Chase. The following year he became a star when he starred in John Hugh's "Sixteen Candles" with Molly Ringwald. The trio brought back the magic in 1985 with "The Breakfast Club." That same year, the actor also starred in "Weird Science," making himself a household name in the '80s.

Although has worked sporadically throughout the decades, he has never reached the level of fame he had as a teen. These days, he makes bit appearances on shows like "The Goldbergs" and "The Blacklist."

Jonathan Taylor Thomas was another '90s heartthrob. He starred in "Home Improvement." 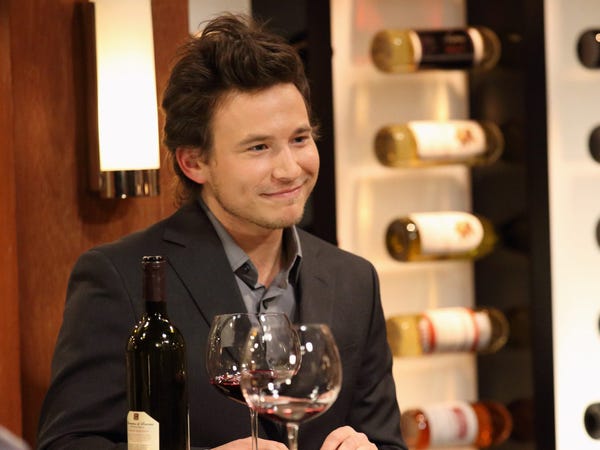 Thomas had his big moment in 1991 when he began playing Randy Taylor in Tim Allen's sitcom "Home Improvement." He played the role until 1998, but during those years, he became an icon. The actor even went on to voice Simba in Disney's classic "The Lion King."

After "Home Improvement" ended in 1999, Taylor took a break. "I'd been going nonstop since I was 8 years old. I wanted to go to school, to travel and have a bit of a break," he told People in 2013. He said at the time he was thinking about directing.

Since the '90s, he's appeared in some shows here and there, including "Ally McBeal," "8 Simple Rules," and "Last Man Standing," but the actor has not appeared in anything since 2015.

Freddie Prinze Jr. was another '90s heartthrob. He appeared in the horror franchise "I Know What You Did Last Summer." 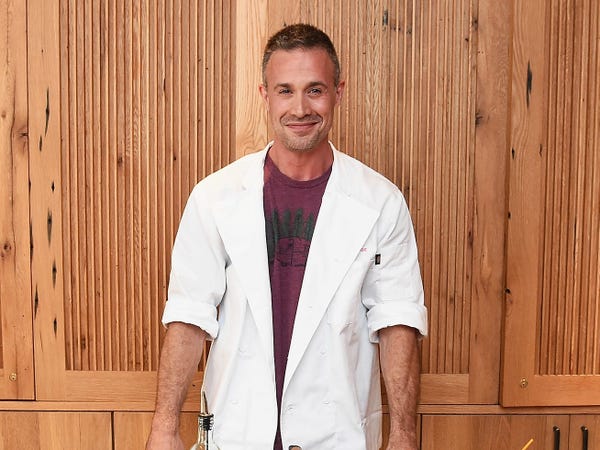 In 1997, Prinze starred in the horror movie and then followed that success up with "She's All That" in 1999. He solidified his place in Hollywood in 2002 when he took on the role of Fred in "Scooby Doo." In his early career, he starred in movies alongside his future wife, Sarah Michelle Gellar, making them Hollywood's "it" couple.

Since then, he's faded from the spotlight somewhat, lending his voice to "Star Wars: Episode IX – The Rise of Skywalker" (2019), "Star Wars Rebels," and "Robot Chicken."

Prinze's "She's All That" co-star Rachael Leigh Cook deserves a comeback as well. 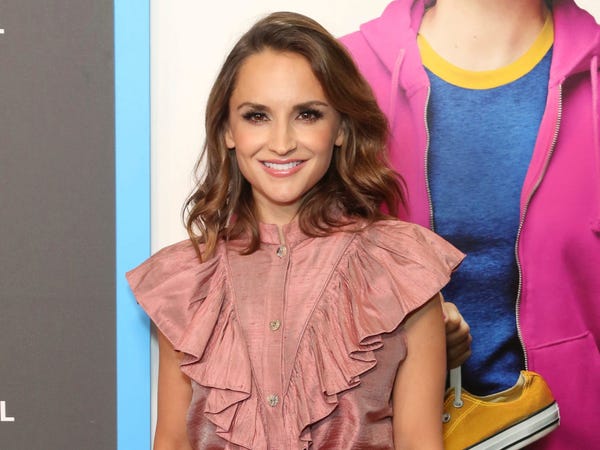 Leigh Cook began her career in 1995, appearing in the cult classic "The Babysitter's Club," but she became a star five years later when she played geeky Laney Boggs in "She's All That."

However, we don't see much of her these days. Now she mainly does voice acting for video games and series like "Robot Chicken," and she's appeared in several Hallmark movies.

Ali Larter made a name for herself in the early 2000s, starring in "Heroes" and the "Final Destination" franchise. 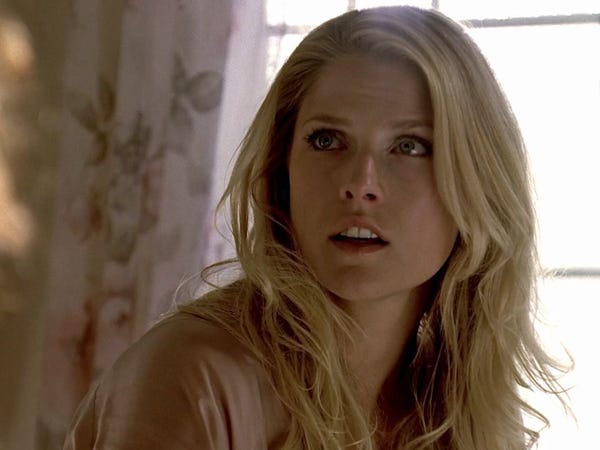 Larter got her big break in 1999 when she appeared in "Varsity Blues" opposite James Van Der Beek and Paul Walker. The following year, she starred in "Final Destination" as Clear Rivers, a role she reprised in the 2003 sequel. In 2006, however, she became a household name when she took on the role of a woman who had multiple personalities in NBC's "Heroes."

Since then, she has appeared in a few movies like "Obsessed" (2009) opposite Beyoncé, "Legally Blonde" (2001) with Reese Witherspoon, and "Love Sick" (2014) opposite Matt LeBlanc. But she's been relatively under the radar ever since.