Lisa Town and Craig Turrell, both 29 from Lancing, decided to transform their garden for their children Jayden, six and Sophia, one, after it became overrun with wildlife. 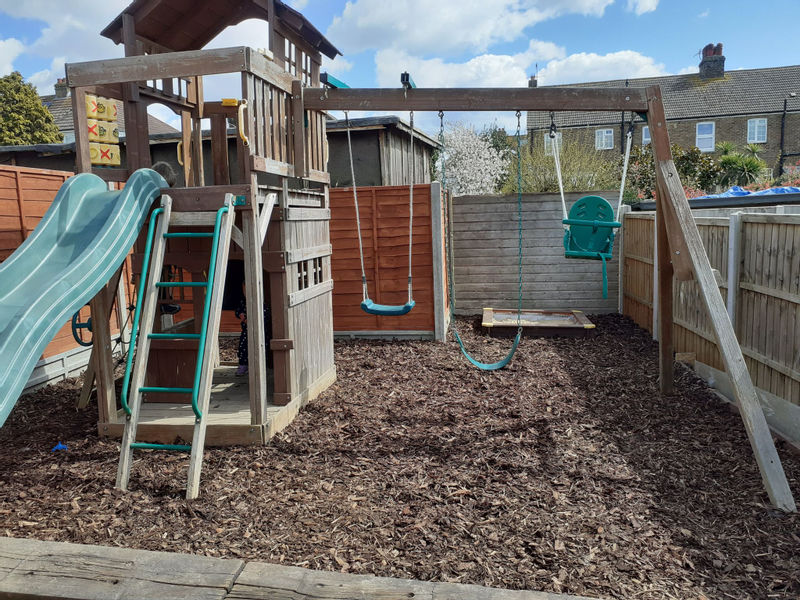 The couple ended up saving a staggering £1,000 on their play area, and spent just £200 on the process.

Lisa told money-saving community LatestDeals.co.uk: “The area was a fox's den for seven years. We didn’t do anything to the space as we didn’t want to disturb them.

“As a result, the area filled up with brambles, stinging nettles, comfrey and bindweed. It also had a broken concrete path.”

Recently, Lisa realised it would become easier to take back control of the garden. 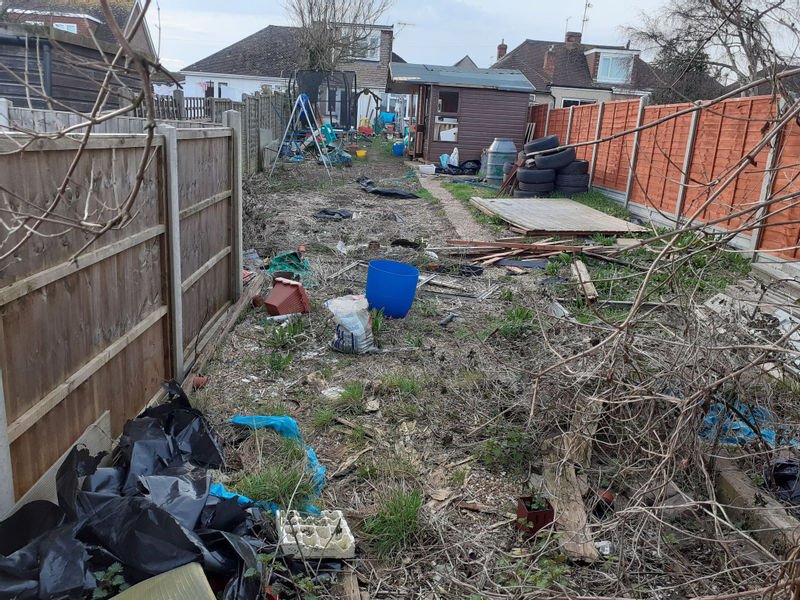 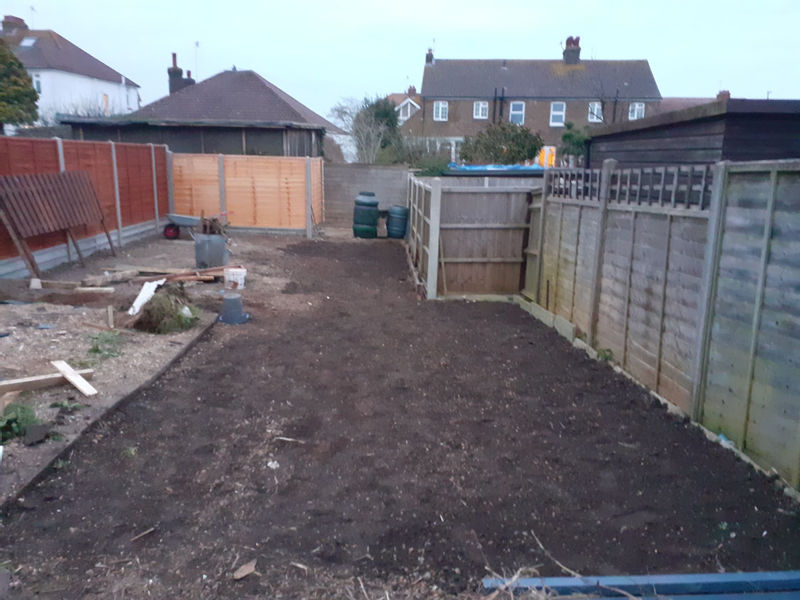 She said: “We didn't like the kids' toys being spread around everywhere so we thought a park would be great to keep everything in one area – plus it would prevent the need for flowers which would inevitably get trampled on!”

Once the couple started the job, sourcing the supplies ended up being a very cheap process.

The thrifty couple already had the sand pit which they repainted and the climbing frame was given to them for free. 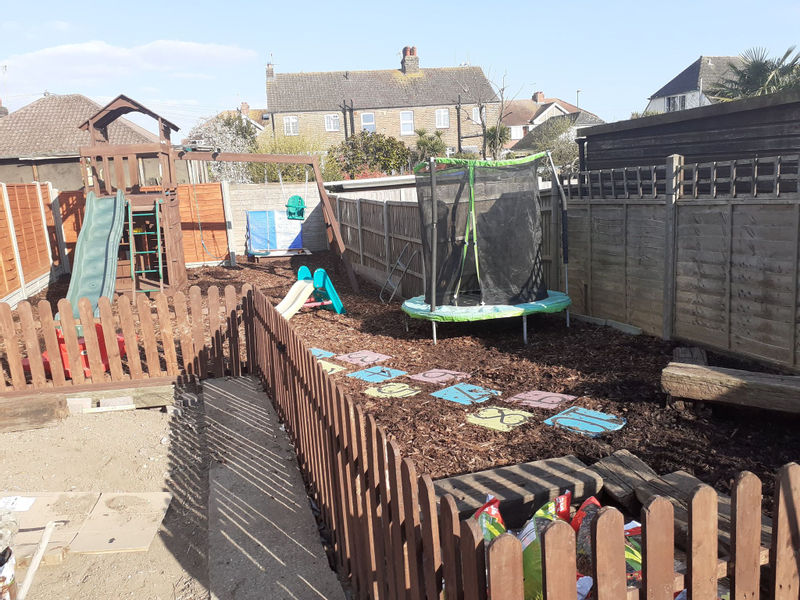 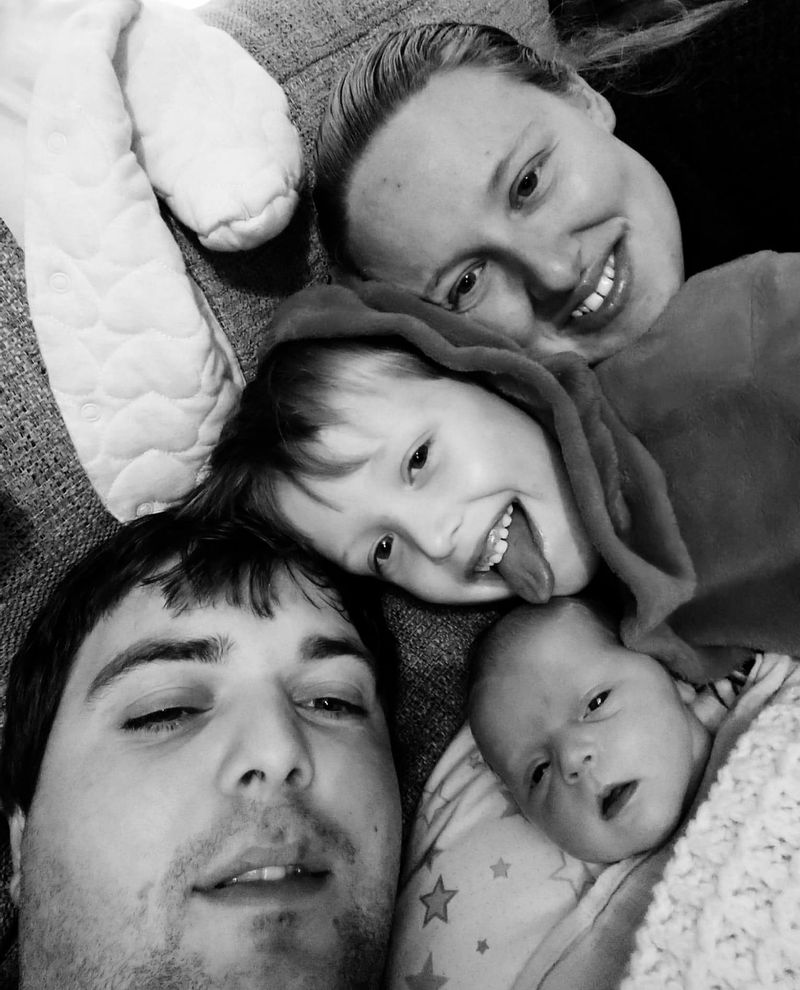 Lisa added: “We picked up the trampoline for free from Facebook Marketplace, and the hopscotch was for sale there for £10.

“The balancing beam was free and someone was throwing away the sleepers. Then we made the fence out of pallets.

“We decided to put flowers in a wooden bed to protect them, and we got those supplies for free off Marketplace.

“The lining was free as we used cardboard from my partner’s workplace, and people were throwing away ton bags so they were free for us too!

“The most expensive item turned out to be the bark, which we got from Asda. We had to get more than we thought as it’s such a big area.

“After pricing up trampolines, climbing frames and so on online we think we saved over £1000 by salvaging bargains from Marketplace!” 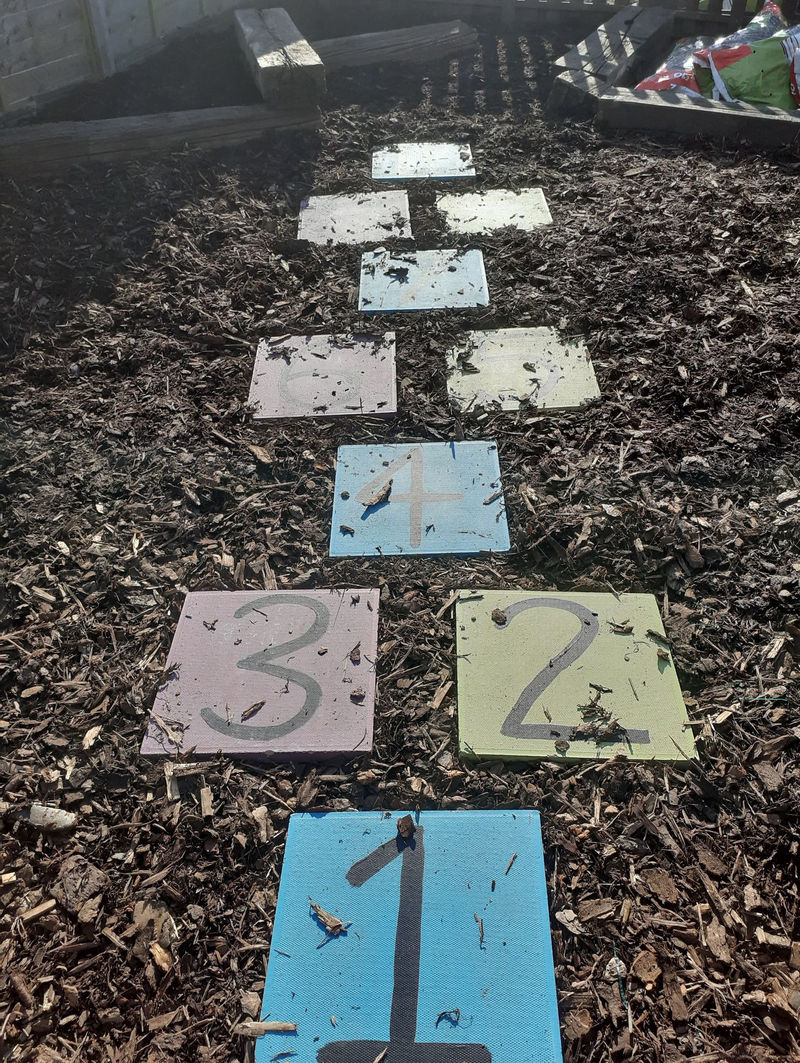 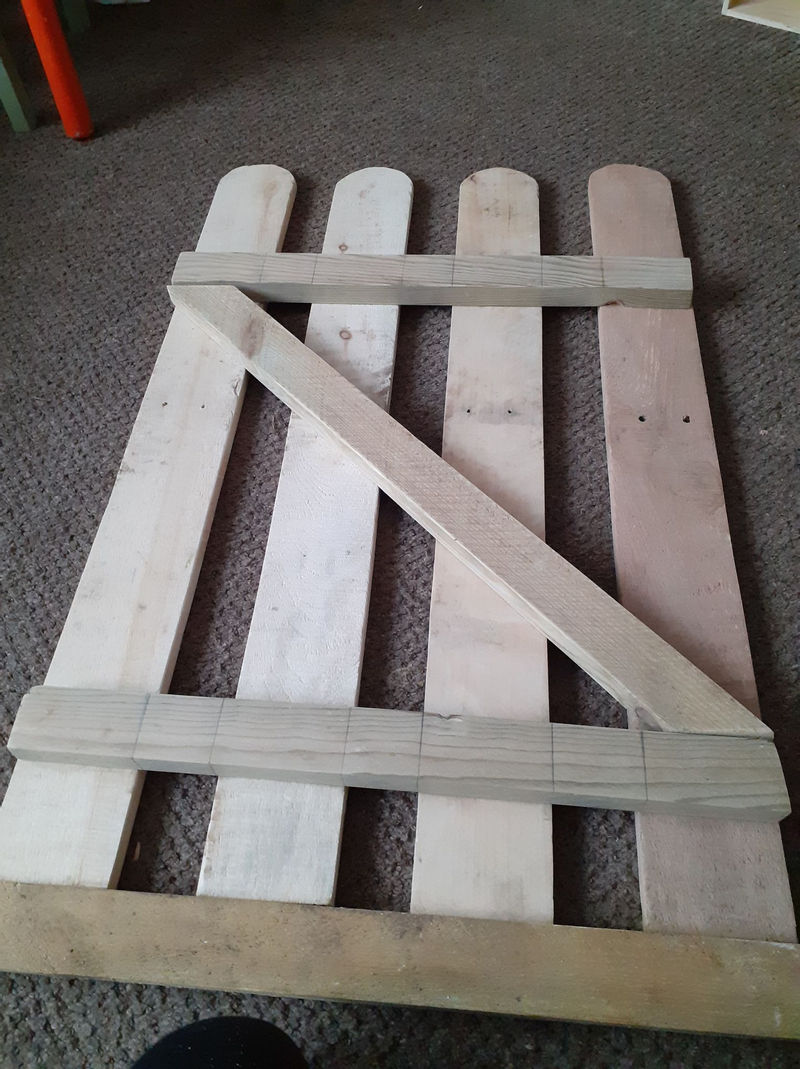 Once the supplies were ready, it was time to start building.

Lisa said: “First we had to cut down all the weeds so we could dig them out. We then had to smash up and remove the smashed path.

“The next step was to dig and level out the ground as it has a two-way slope. We then had to make a wooden wall and stake that at the edge to stop the earth from falling and breaking next door's fence.

“It was then time to strip the pallets and cut each one to length before rounding off the ends. We sandpapered each one and screwed them into place to make the fences.

“We then had to box, line and bark individual sections at a time as we kept running out of boxes, ton bags and bark.

“That was probably one of the main challenges we encountered, along with digging up the concrete and making the fence.

“The climbing frame was next – that went up, and then we put the sand pit down. We painted both and then placed bark in that area. We put the sleepers around the edge to hold the lining down until we got more supplies.

“We then boxed and lined the rest of the area. Finally, we put the trampoline, hopscotch and balancing beam in place and finished up by placing the bark in that section.”

We shared how dad-of-three makes incredible playhouse for his kids which includes a garage and private lawn – and it cost just £150.

And a dad saves £2.2k by building epic playhouse for his daughter – with heating, electricity & a sleeping area.