KAYANNE Bond, 31, ended up sleeping rough after losing her job and her landlord evicting her for falling behind on rent.

Despite experiencing suicidal thoughts and being abused while on the streets in Birmingham, she managed to turn her life around. 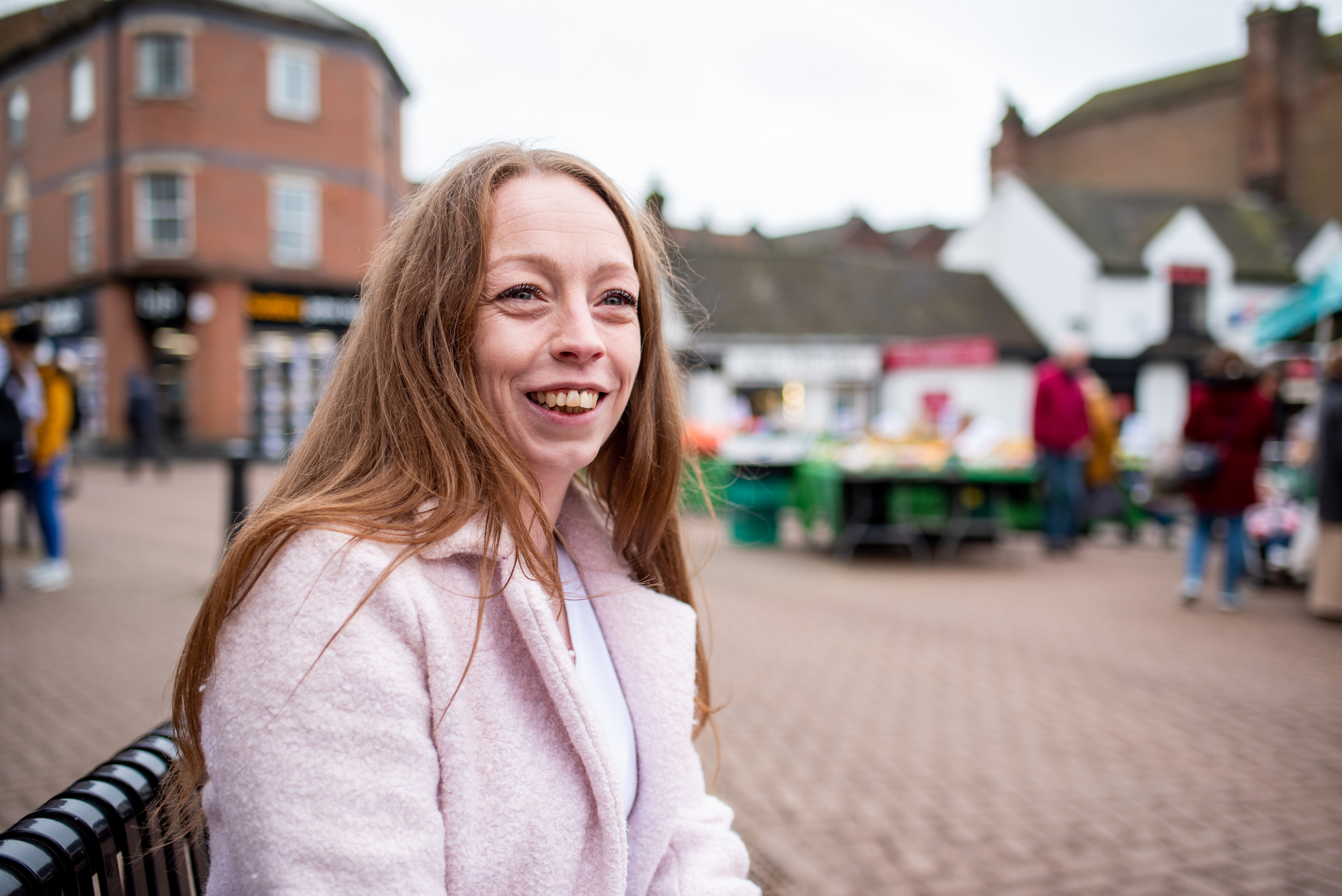 Here, Kayanne, who says "If I can do it, anyone can", tells her inspiring story.

“Huddling in a doorway, I pulled the blanket tighter around my body. Sleeping rough on the streets of Birmingham I’d had abuse hurled at me from passers-by, been hit and spat at. It was terrifying and humiliating.

“Just a few months previously I’d been financially secure, but that was before redundancy sent my life spiralling out of control, leading to homelessness. I’d been working full-time as an office administrator for a small waste oil company for 10 years when I was made redundant in

“March 2018 aged 29. When waste oil prices crashed that year, the company’s profits dropped and I lost my job.

“With my experience, I thought it’d be easy to get another role, but that wasn’t the case. My then-partner was job hunting, too, so I was the sole earner.

“As the weeks rolled by with no success, I began applying for jobs in retail, too, as I’d worked in that area previously. Despite being called for a couple of interviews, I wasn’t offered any of the them.

“Soon, the bills began to stack up and I fell behind on payments. I contacted all the utility companies and my landlord, explaining my situation, and they helped by coming up with payment plans. But, as time went on and my redundancy money began running low, I started to avoid the daily reminder letters, praying the problem would go away. I was entitled to Universal Credit which helped to sort out the smaller bills, but it wasn’t enough.

“Within four months my redundancy money had run out. Struggling to cope, I lost confidence and became depressed and didn’t want to leave the house.

“In August 2018, when I was a month behind with rent, an eviction notice arrived. I tried to reason with my landlord, but he wouldn’t budge. I felt helpless and had no choice but to pack up my things and leave. By then, my relationship had broken down and I was estranged from my family, so I had no one to turn to.

“Thankfully, a close friend, Jane*, helped get me into a halfway house for the night. The next day I called my local council, who gave me a number for a homeless hostel. I’ll never forget walking into the shared bathroom only to find the floor scattered with needles. There was a mixture of people from different backgrounds with different needs. Some days it was peaceful, other days there would be arguments between residents or just general sadness.

“I resorted to sleeping rough. My mental health was severely affected and I was having suicidal thoughts. I felt incredibly vulnerable on the streets and was so scared. After two days, I went back to the hostel. Despite all the issues – including mice and bed bugs – at least there I had my own room with a bed, storage and a sink.

“Thankfully, I had some clothes and bedding, and there was a washer-dryer on-site, which cost £2. I could wash in the shared bathrooms, though they were filthy. I also received around £340 a month in Universal Credit, but after paying £25 a week for the hostel, plus food and toiletries, I wasn’t left with much. I’d meet up with Jane, but some days, I couldn’t face anybody. I felt so ashamed.

“I made friends in the hostel, and even met my now-partner, John*, there. He was funny, kind and easy to talk to. Each week, I joined a waiting list for council accommodation. Councils decide who gets housing based on individual needs. Every time I was unsuccessful felt like a kick in the stomach, but I was determined to get my life back on track.

“In April 2019, I was finally offered a two-bedroom flat in Stoke-on-Trent. Two days later I received the keys and John and I boarded a train with a blow-up air bed to start our new life.

“I was desperate to work again, so, after a visit to the Job Centre the following Monday, I was given a place on a taster day for The Prince’s Trust Get Into programme at Alton Towers. I was nervous, but everyone made me feel at ease. A few days later, I received a call confirming “I’d been accepted on to the Trust’s four-week Get Into Customer Services program, and that I’d be working on the reception desk at Alton Towers Resort Hotel.

“My confidence grew, and I was ecstatic to be offered a full-time job after the program ended. I worked there until January this year. I wanted to push myself out of my comfort zone, so I now work in a different hotel on the reception desk.

“I’ve set up a savings account and try to pay as much into it as I can, plus I’m also looking to start a degree in counselling through the Open University.

“John began working as a labourer when we moved to Stoke, and has been a constant in my life. I’ve also reconnected with my parents and my sister, and love spending time with my two-year-old nephew.

“When I look at how far I’ve come I feel immense pride. Someone asked me the other day who my hero is and I replied: ‘Me’. I’m the one who had to get myself out of the awful situation I was in. And if I can do it, anyone can.”

*Names have been changed