‘The idea of marriage was embarrassing. But it wasn’t that I wanted to be single and free. I just wanted to appear that way.’ 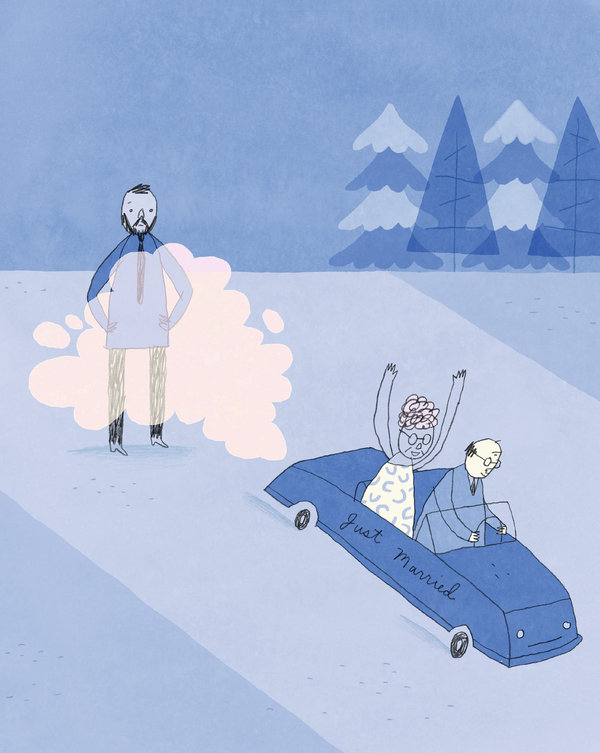 Seven years into a serious relationship, Jake Maynard got a text from his mother: “Gramma Gert: 3, Jake: 0.” This was her way of telling him that his grandmother, in her 80s, was getting married for the third time, while Jake remained unmarried and childless in his late 20s.

His family found this strange. Stranger still, at least in Jake’s view, was his grandmother’s choice of partner. (You’ll have to listen to the episode.)

Amid this celebration, Jake wondered why people get married, and what it means to attach your life to another’s.

On the season premiere of the Modern Love podcast, we explore how two generations of the same family — 50 years apart — grapple with identity, tangled kin and marriage.

At the end of today’s episode, Jake Maynard calls up his grandmother Gert and her new husband, Bill. Below, you can get a taste of their conversation.

“What does he do to make you happy?” Jake asks his grandmother.

“Just about everything,” Gert says without missing a beat. “He gets up before I do in the morning. He gets the coffee pot ready. I have a kink in my back — permanent. He heats up the heating pad for me and brings it to my chair.”

“I think married life in a nutshell, is being happy, supportive, just pleasing each other,” Gert adds.

Bill’s take? “I’m happy to be in this marriage,” he says. “I know I want to spend at least another hundred years with her.”

The Modern Love essay featured in this episode is “Trying to Keep Up With Grandma’s Love Life,” by Jake Maynard.

Want more from Modern Love? Read past stories. Watch the TV series and sign up for the newsletter. We also have swag at the NYT Store and two books, “Modern Love: True Stories of Love, Loss, and Redemption” and “Tiny Love Stories: True Tales of Love in 100 Words or Less.”