MEGHAN Markle and Prince Harry celebrated their second wedding anniversary this month and are said to have stuck to tradition with their gifts.

The Duke and Duchess of Sussex were “creative and romantic” with their present choosing, and opted for cotton-themed gifts, according to a source. 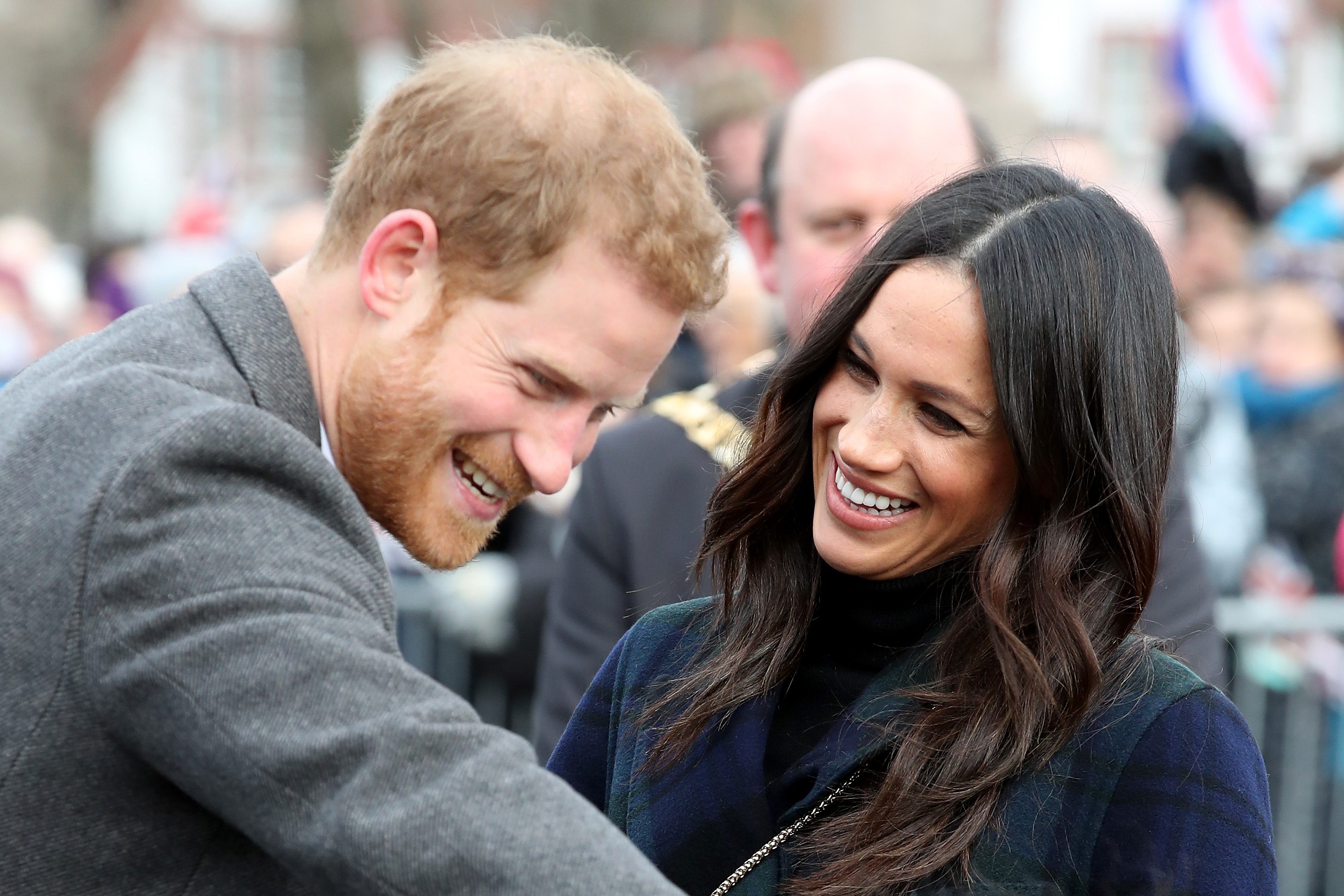 The insider claimed Meghan, 38, and Harry, 35, had a low-key day, but were sentimental with their gifts.

They told People: “This year, they both gave each other gifts based on cotton.

“Undoubtedly, it was a very creative and romantic gesture as all their gifts are to one another.”

The couple started the tradition of putting their own spin on the traditional anniversary theme last year, according to the source. 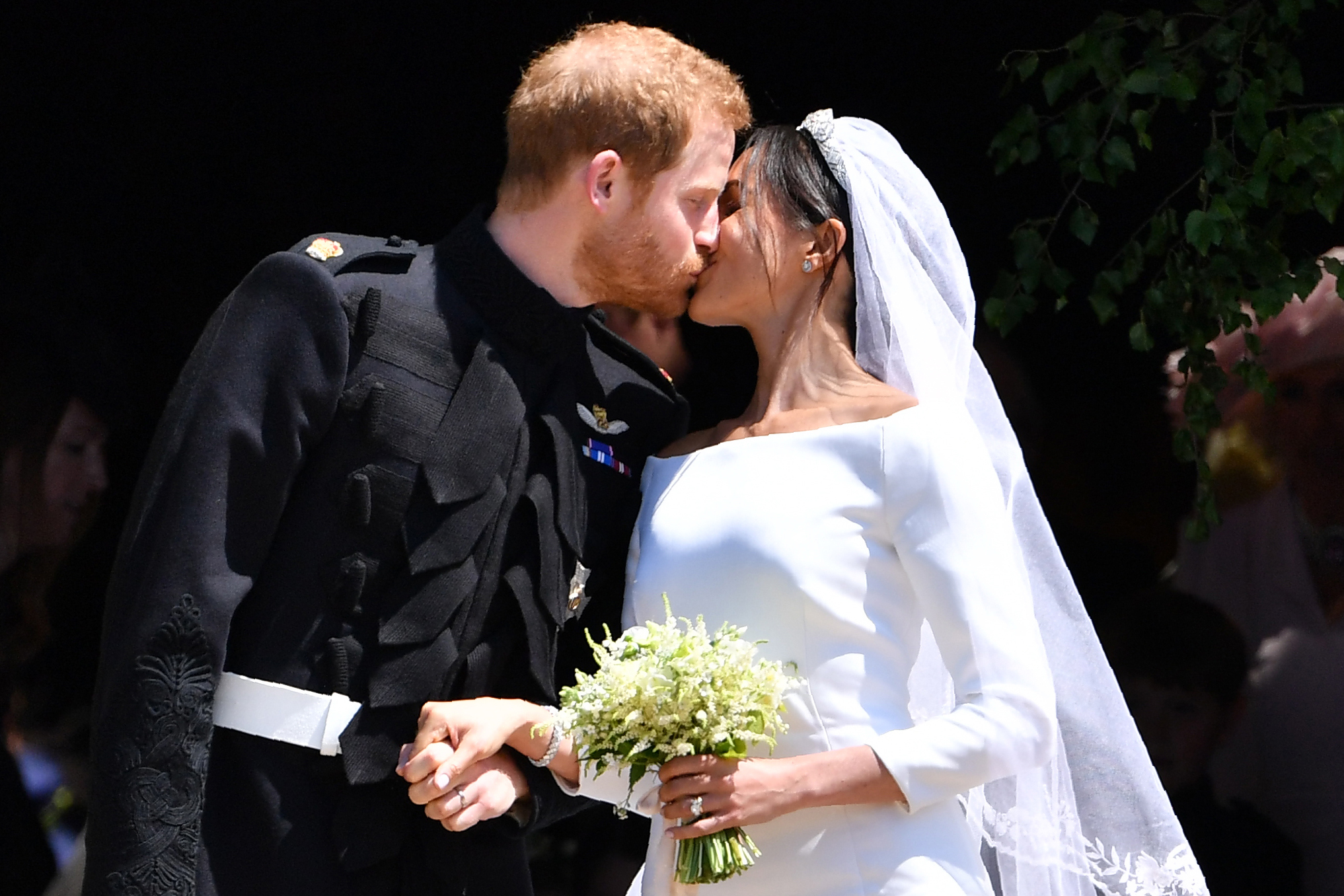 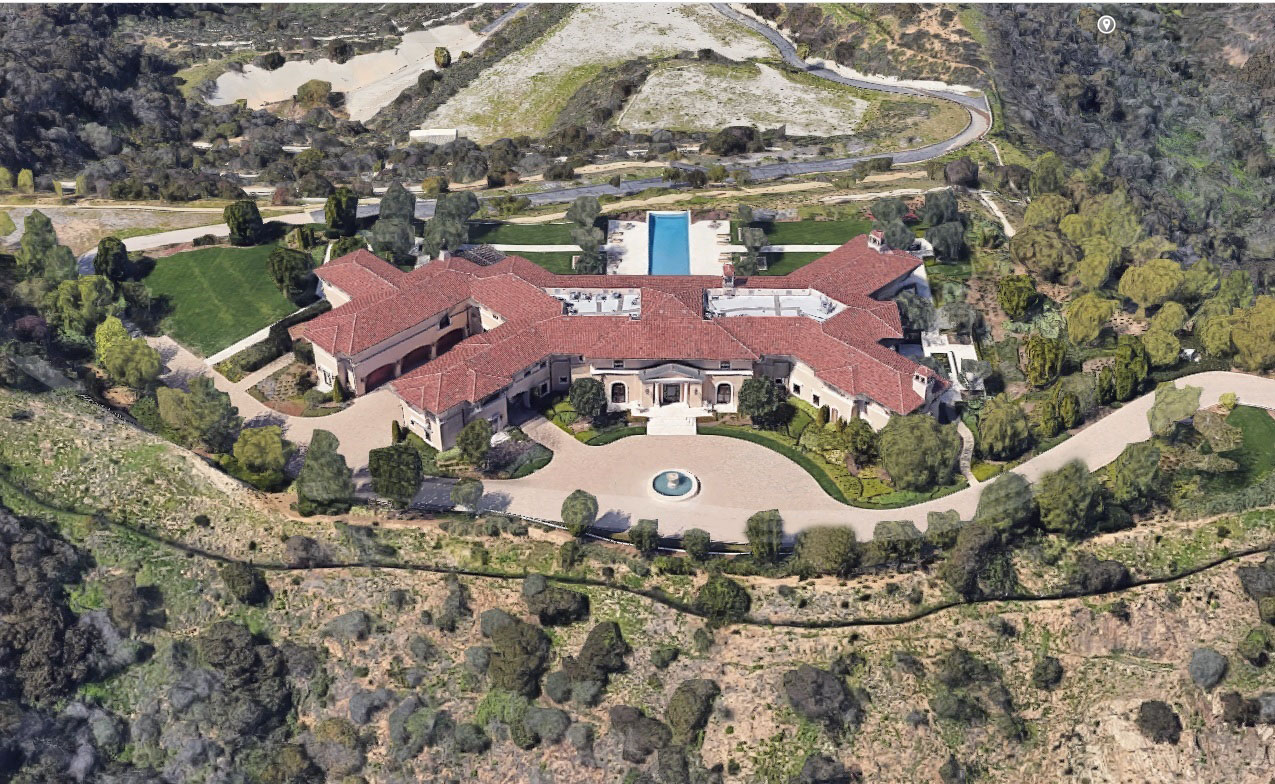 They said that last year Meghan gave Harry a framed copy of their wedding speech to mark the ‘paper’ present for one year of marriage.

The source added: “They love to do their own take on traditional wedding gifts. The first anniversary was paper, and Meghan wrote out the wedding speech and had it framed for him.”

The paper anniversary is said to symbolise the fragility of marriage and how it must be protected, whereas cotton resembles how close the couple will grow together.

According to royal expert Katie Nicholl, the couple had a very “reflective celebration” together self-isolating in LA at Tyler Perry's £15million Beverly Hills mansion, where they are currently living. 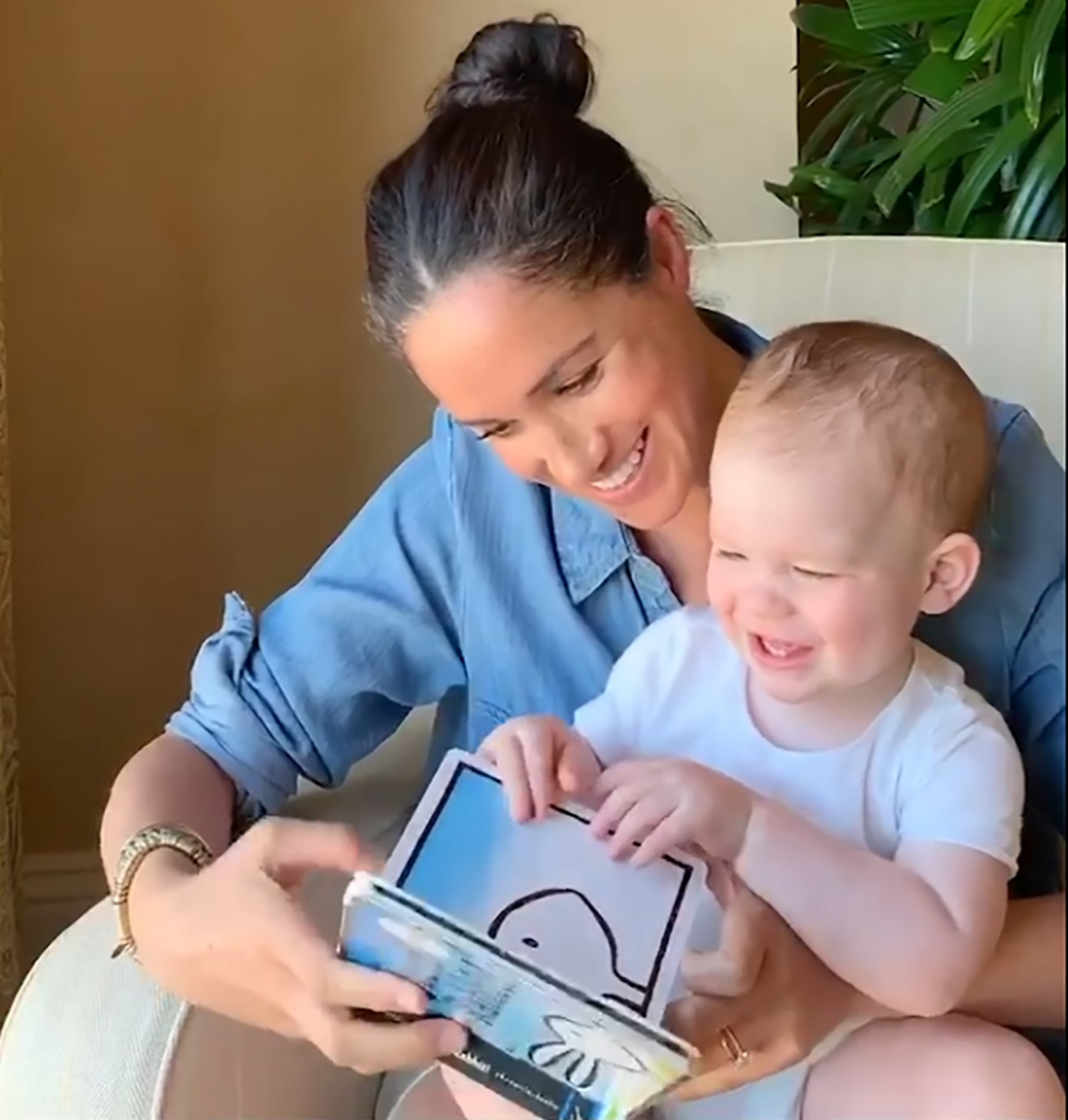 She said to Vanity Fair: “The last year has been pretty epic and all the changes they have lived through and gone through are huge…To be honest they’re only just coming up for air.”

Her source added that the couple spent their anniversary “mostly offline” with their one-year-old son Archie.

Last year, the Royal Family's Instagram account paid tribute to Prince Harry and Meghan Markle on their first anniversary with a sweet photo of the couple kissing on the steps of St George's Chapel after exchanging their vows.

On the Duke and Duchess of Sussex's second wedding anniversary, The Queen shared two posts – but neither of them mentioned the couple. 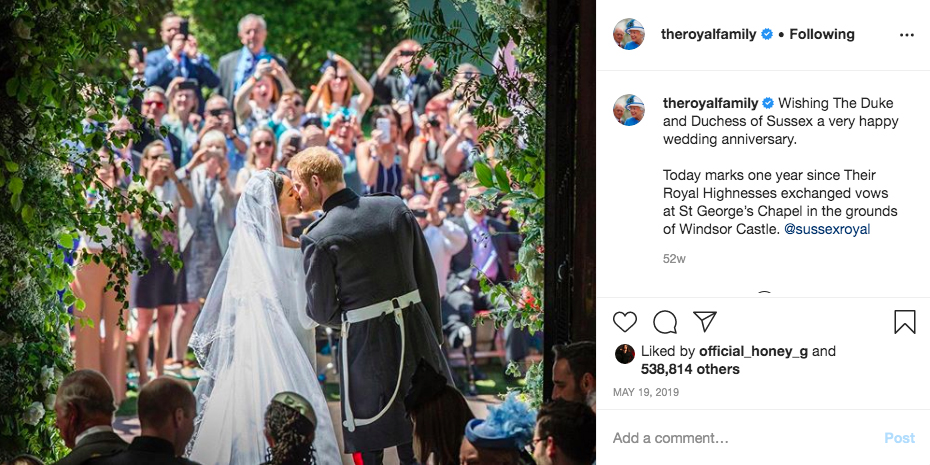 The first was a tribute to the Chelsea Flower Show which is happening virtually this year and showed The Queen's favourite flower lily of the valley in bloom in the grounds of Buckingham Palace.

Meanwhile, the second Instagram post marked what should have been Her Majesty's second Buckingham Palace Garden Party of the season.

And despite the fact that Prince William and Kate Middleton wished Archie a happy first birthday on Instagram earlier this month, the couple made no mention of his parents' anniversary.

Writing for Harper's Bazaar, Royal editor Omid Scobie – who is the co-author of the upcoming biography Finding Freedom – claims the couple marked the day by spending "quality time" with their one-year-old son Archie. 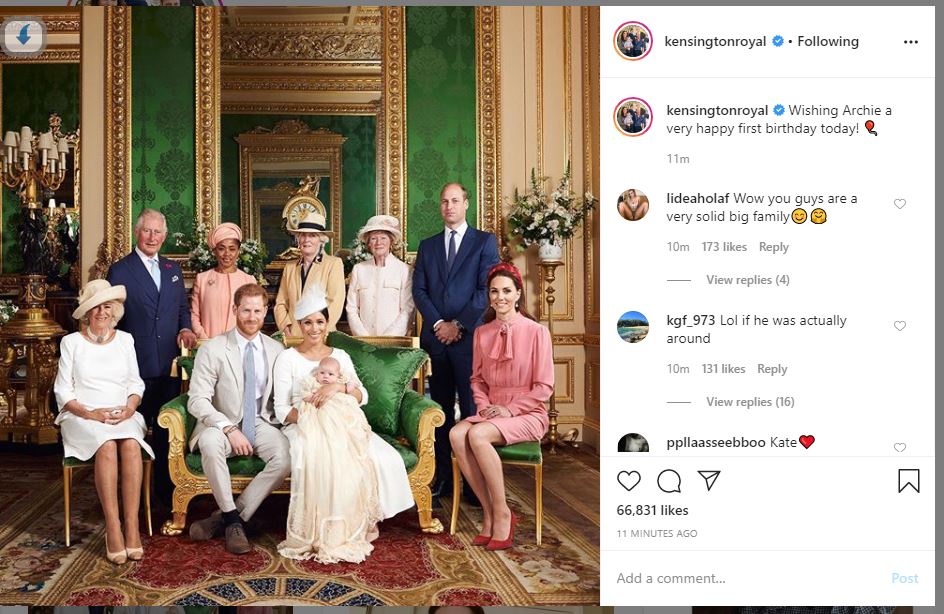 Speaking ahead of the couple's anniversary, the source said: "They're not going to be doing any work and made sure they have no meetings or calls in the diary.

"Like everyone else, they are in lockdown at the moment, so they will just be hanging out together at home. But it will still be a lovely day."

To mark their second anniversary, Meghan and Harry have helped to provide 250,000 meals for struggling Brits during lockdown with their  £90,000 wedding donation.

The Sussexes pledged the money raised from their royal wedding TV broadcast to help the Feeding Britain charity.

In more Royal Family news, Meghan Markle loved learning martial arts her former trainer has revealed – and she chatted to him in Spanish.

Meanwhile, the Queen is said to have found Meghan Markle’s wedding dress ‘surprising’ because it was so white, royal sources claim.