On Sunday morning, the Duchess of Cambridge joined the British team on their F50 catamaran in a Commonwealth race against New Zealand.

Kate stepped out in the morning in a nautical outfit consisting of white shorts and a navy blue and white striped wool jumper.

However, the Duchess later changed into navy shorts and a black sailing waterproof jacket.

While the white shorts Kate donned this morning reached just above her knees, the navy trousers she changed into were a much shorter design. 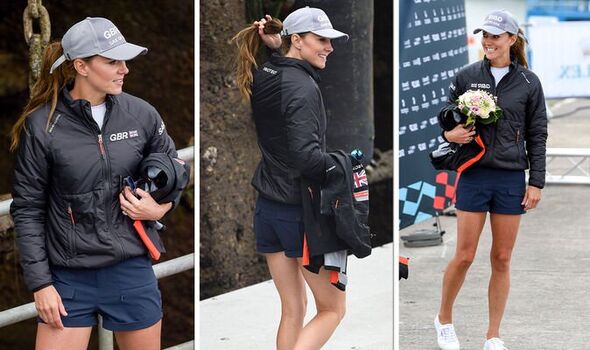 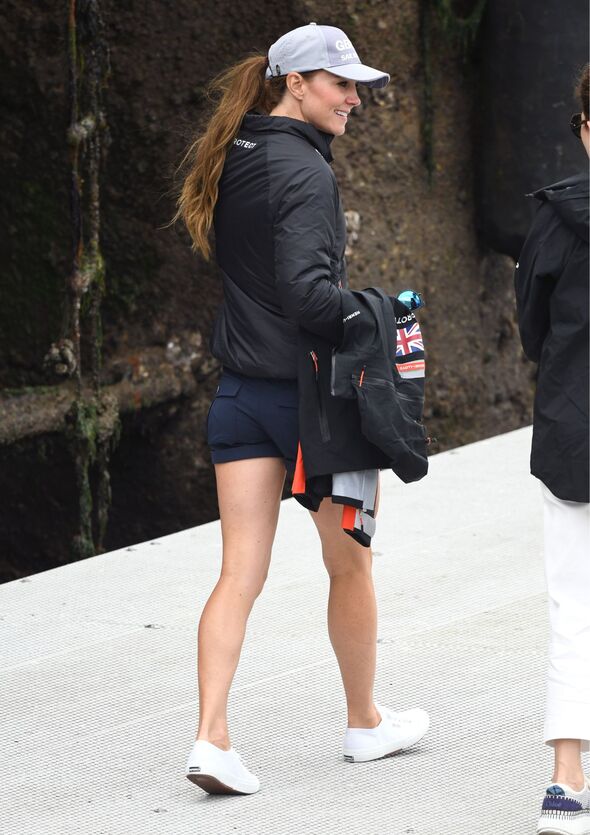 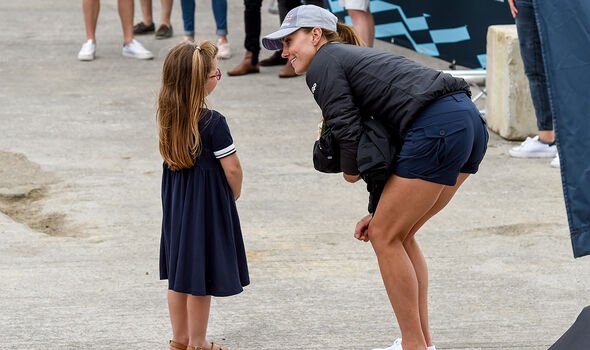 Members of the Royal Family are rarely seen in shorts as protocol requires royals to dress modestly, according to style experts.

However, the Duchess of Cambridge has been seen wearing shorts a few times, most recently during her royal tour in the Caribbean with Prince William.

The protocol states royals are only allowed to wear appropriate-length shorts while undertaking official duties.

The fashion rules dictate skirts and shorts should be kept around knee-length for royal women.

They should never be “more than three or four inches above her knee,” according to Harper’s Bazaar.

Daena Borrowman, the Marketing Manager at jewellerybox, commented: “There are dozens of somewhat outdated royal protocols in place to guide working royals about dressing for ‘the job’.

“However, royal women are choosing their outfits to keep up with the times.

“In order to appear more relatable to the public.

“One royal who has nailed down the art of always dressing appropriately for an occasion is the Duchess of Cambridge.

“In fact, this is not Kate’s first time wearing shorts in public.

“And it’s unlikely it will be her last.

“She is well aware of the power of her sartorial choices and the role they play in modernising the image of the British monarchy worldwide,” the fashion expert explained.

The Duchess finished her look with a pair of white Superga trainers which retail for £30.